COSMIC SHOWER IN VIPASSANA AND ZEN 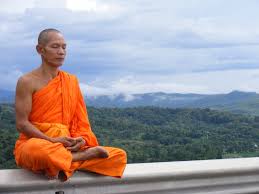 When I practiced Vipassana the instruction was "observe your body sensations from head to toe and from toe to head". After some time this induced a Cosmic Shower.

Your wonderful experiences of a cosmic shower and of cosmic breathing when you practiced Vipassana meditation and when your practiced Rinzai Zen respectively were due to your having practiced Cosmic Shower and Cosmic Breathing before.

Even if you had not attended these two courses, because of the advanced skills you have acquired in our school, like entering deeply into a chi kung state of mind and tapping energy from the Cosmos, you would also have such beautiful experiences and benefits because the methods in the Vipassana and Zen practices were similar to those in our Cosmic Shower and Cosmic breathing. Other practitioners would not have such experiences and benefits no matter for how long they may practice Vipassna meditation or Zen.

In terms of spiritual cultivation, Cosmic Shower and Cosmic Breathing are both the same and different. The answer depends much on our terms of reference.

If we think of spiritual cultivation in general, Cosmic Shower and Cosmic Breathing are the same as both are advanced arts with benefits ranging from the basic to the highest level.

At a basic level, both Cosmic Shower and Cosmic Breathing enable practitioners to be peaceful and happy. Considering that many people today are agitated and stressful, even these basic benefits are marvellous, though many of our students take these benefits for granted. By the fact that they learn chi kung in our school, they are peaceful and happy.

At the highest level, both Cosmic Shower and Cosmic Breathing enable our advanced practitioners to expand into the Cosmos. Understandably many other people may not believe that our students can attain such marvellous results. Some may ask how we know we have expanded into the Cosmos. It is like asking how we know we have eaten our lunch. Those who have no direct experience will not understand our explanation, nor our analogy.

It is helpful to remember that “breathing” in Cosmic Breathing is in a classical sense, referring to an exchange of energy between our dan tian and the Cosmos, in contrast with a modern sense of breathing referring to an exchange of air through the nose and mouth. Indeed, during Cosmic Breathing many of our students realize that they do not breath in the modern sense.

Why do we practice Cosmic Shower and Cosmic Breathing? In other words, what are the benefits we can get from these two marvellous arts? As mentioned earlier, these arts provide many benefits ranging from the basic to the highest, but we shall now focus on only their primary benefits, which also show their difference.

In Cosmic Shower we employ cosmic energy to cleanse and strengthen ourselves physically, emotionally, mentally and spiritually, thus receiving and enhancing the blessing of God or the Divine. In Cosmic Breathing we use cosmic energy to build tremendous internal force to break through our illusionary body to expand into the Cosmos.

For those who have not learnt Cosmic Shower before, they would not have a cosmic shower. At best they would pay attention to body sensation from head to toe, eventually attaining a one-pointed mind.

Cosmic Breathing is very powerful. Practitioners literally pulsate with the Cosmos. Hence, they are able to use not just their personal energy through their normal nose and mouth breathing, but to use cosmic energy from the Cosmos. With this tremendous amount of energy, and with the appropriate techniques and skills, they are able to expand into the Cosmos.

This applies to our students who have attended courses on Cosmic Breathing. The very few who practice Zen for a long time and unintentionally develop cosmic breathing, would not be able to use the internal force to expand into the Cosmos because they do not have the necessary techniques and skills to do so.

The internal force they have developed from their unintentional cosmic breathing will also not be as powerful as that developed by our students even though they may have spent longer time in their training. Their intention is to inhale with the Cosmos and exhale with the Cosmos, and not to develop tremendous internal force to be used to expand into the Cosmos. They also inhale and exhale through their nose and mouth, though without their realising it they infrequently exchange energy between their dan tian and the Cosmos.

These examples illustrate why we are so incrediably successful and effective. We understand the philosophy, know our aims and objectives, and purposely work towards attaining our aims and objectives with appropriate skills and techniques. Others just practice the techniques, albeit diligently, and obtain remarkable results incidentally after a long time. 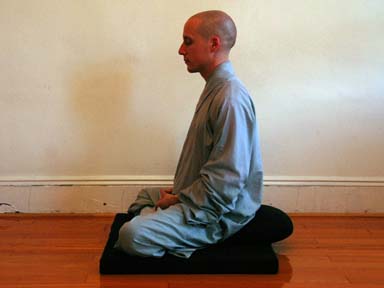