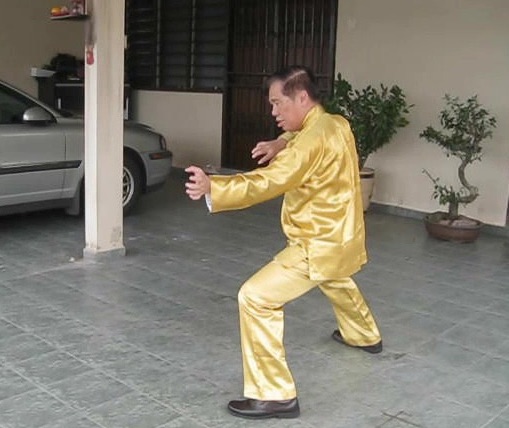 Is there a signature or essential pattern / patterns in the Essence of Shaolin set, such as the "Dragon Manifests Miraculous Majesty" pattern in the Dragon-Form Set?

If not, can you tell us which pattern or patters are your favourites in the Essence of Shaolin set, and why?

If any one of the 108 patterns is used in an ordinary set in the same way as it is used in the Essence of Shaolin, that pattern will become a signature or essential pattern.

Take the first pattern of the Essence of Shaolin set, “Show Dragon Conceal Tiger”. This pattern is found in many other kungfu sets in an ordinary way. Most practitioners regard it as a poise pattern. So it is not a signature or essential pattern. But if it is used in the way in Essence of Shaolin, it becomes very special. It will become a signature pattern of that set.

Let us take another pattern, “Dragons Return to Den”, which is found in every kungfu set, often called “Two Tigers at Ready”. It is bringing two hands of a practitioner to his waist after completing a pattern, like bringing back his two hands after a Shaolin greeting at the start of a Shaolin kungfu set. There is nothing special about this movement, so it is not a signature pattern.

But if this pattern, “Dragons Return to Den” or “Two Tigers at Ready”, is used in a special way like in Essence of Shaolin, it becomes a signature pattern. All the patterns in Essence of Shaolin are signature patterns as they are used in very special or sophisticated ways. But because all of them are special by themselves, they become normal when considered as a whole.

We can have an analogy using our school, although other people may think we are being arrogant. As I have mentioned often, that is their problem.

It is the same with Essence of Shaolin. Every pattern in the set is special, but because all the patterns are special, they become normal or common.

Moreover, and I really don’t mean to be boastful, I didn’t have to use these patterns in a special way to defeat my opponents in sparring or actual fighting, except in some special occasions like when I used “Hook-Spring Chop Sword” and “Fu Sing Kicks Bushel”, which were special techniques for hook-spring leg and no-shadow kicks.

However, if I have to pick some favorites, I would, quite randomly, mention the following patterns: Show Dragon Conceal Tiger, Second Auntie Catches Crab, and Cross Step Horse-Riding. The first pattern contributes to dim mark, which is regarded as a lost art by many people but is still alive in our school; the second pattern contributes to chin-na, which is one of my specialties; and the third pattern demonstrates the marvelous, causing even opponents to exclaim why they didn’t think of such application before.

The Essence of Shaolin is once-in-a-life-time course, and I do not intend to repeat it. 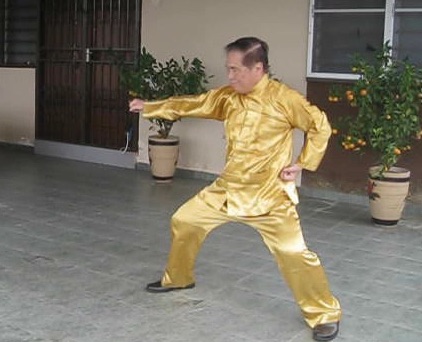 This question and answer are reproduced from the thread 10 Questions on Essence of Shaolin in the Shaolin Wahnam Discussion Forum.