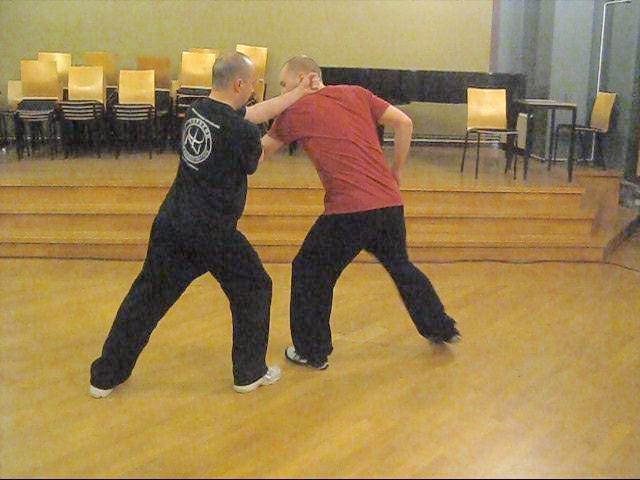 The hard, solid force of Iron Wire is very useful for breaking an opponent's bones

The application of internal force and mental clarity from Iron Wire training to healing and daily life can be spontaneous or purposeful.

For example, when he channels chi to his patients in his healing, which can be quite draining, or running up a flight of stairs in his everyday life, he may use some of his force derived from Iron Wire. When he listens to his patients reporting their symptoms, or to his wife complaining of household problems, he may use the same mental state employed while practicing Iron Wire. In both cases, he would be able to understand the problems better.

Understanding this nature of the different types of force from the three different force training methods will enable us to use the appropriate force with the best results for different situations in healing and in everyday life.

In situations demanding hard and solid force, like breaking a patient’s bone which was badly set so as to reset it properly, which some confident traumatologists did in the past but not now as Western medical orthopaedic treatment has become excellent, or breaking open a locked fence in everyday life, Iron Wire force would be the most appropriate.

On the other hand, in situations where soft flowing force is needed, like moving a patient’s stiff arm to enhance his mobility in healing, or shoving a stubborn dinner guest away from a heated argument in everyday life, Cloud Hands force will be most useful. In situations between these two extreme Golden Bridge force will be most desirable.

Most martial artists are limited in their force training methods as well as their range of techniques. Those who practice hard, external arts like Karate, Taekwondo and mediocre Hoong Ka, for example, would use hard, solid force with straight, direct attacks and defences. If they wish to dodge opponents’ attacks or release themselves from locks, they may not be able to adjust their force and techniques readily.

On the other hand, those who practice soft, flowing arts, like Judo, Aikido and Taijiquan, would use soft, flowing force with circular, evasive attacks and defences. If they wish to press into opponents or forcefully control them, they may also not be able to adjust their force and techniques readily.

We in Shaolin Wahnam are special. Not only we benefit tremendously from spread and depth, even if our students have trained only one type of force, they can readily convert it to other types, a privilege not normally available to students in other schools.

Do you know what the secret is that enables this possibility? Yes, it is chi flow. Of course if they take advantage of great variety of training methods and application techniques available in our school, their results will even be much better. 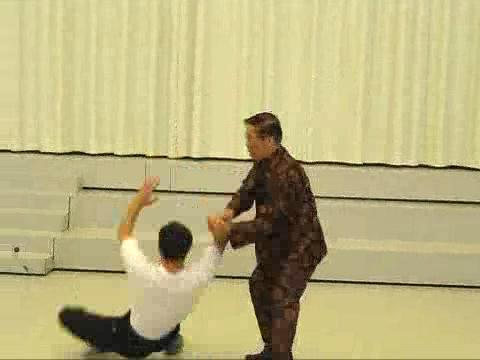 If you wish to release a lock or throw an opponent onto the ground, soft flowing force would be more useful