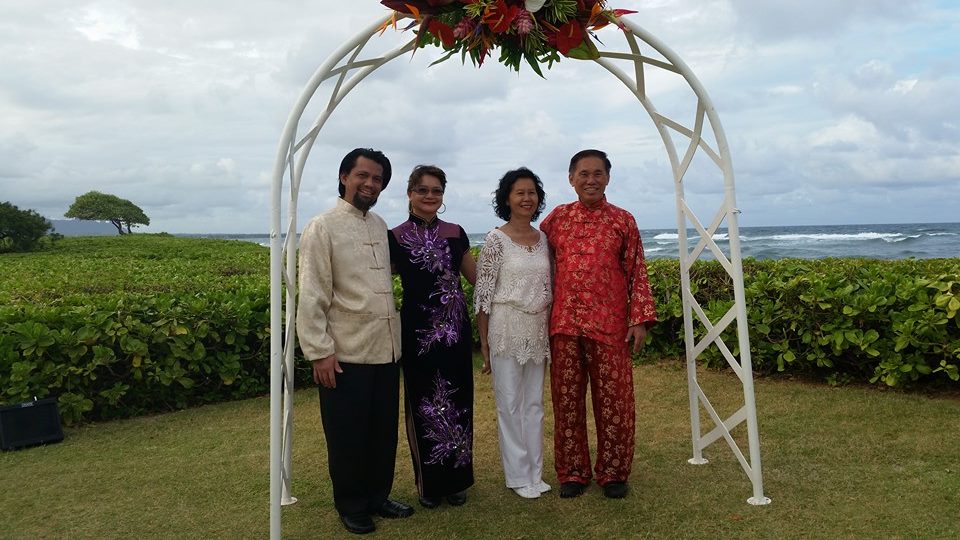 Sigung kindly once shared with us a teaching of Sitaigung which says that it is important to always have good thoughts; mind thinks, events materialize. This has helped me indeed already a lot and I am very grateful for it. Nowadays I can also feel very quickly and strongly if I am having a bad thought which helps me to correct it accordingly.

Also I start to experience and realize how my thoughts have not only an impact on myself but indeed also on the happenings and people around me. I would appreciate if Sigung could tell us a little bit about the depth and breadth of this teaching.

“Mind thinks, events materialize” is the greatest lessons I have had from my sifu, Sifu Ho Fatt Nam. This teaching has helped me and many other people to have a happy and meaningful life.

This teaching is taught in both ancient wisdom and modern science. The Buddha has taught that the most important factor contributing to karma is thought. In other words what a person thinks will materialize as events.

Thus, in terms of depth, this cosmic truth is taught in both ancient wisdom and modern science. Long before modern science has established itself, the Buddha has taught that the phenomenal world is a function of thought. In other words, the world is what we think it is!

Spend a few minutes to reflect on this cosmic truth. The world is what we think it is.

Not many people can really comprehend the depth and breath of this cosmic truth. Most people regard the world as objective. A table is a table, and a mountain is a mountain, no matter how they think. But this is not so.

But if all human beings throughout millennia think of a table as a cat, and a mountain as a mouse, then the table and the mountain will become a cat and a mouse! This phenomenon was well explained by the Buddha using the concept of “six entries”.

Everything in the world is energy. How we and other sentient beings perceive this energy depends on how the energy enters us through our five sensory organs, namely eyes, ears, nose, tongue, skin, and interpreted by our alaya consciousness or collective consciousness. Because of the ways our eyes, ears, nose, tongue and skin are constituted, and the way our collective consciousness operates, a mass of energy may be perceived by us humans as a table or a mountain. Other sentient beings, like bacteria and fairies, have different sets of “six entries”. So they perceive the same mass of energy, which appears to us as a table or a mountain, very differently.

There are also many things in the world that we cannot see or perceive because the range of energy perceptible to us is grossly limited. We cannot, for example, see bacteria and fairies, as well as the countless waves of energy that zigzag across the world and manifest on your computer as information.

When I was teaching in South America, a few students told me something very interesting. They said that the early natives did not see the Spanish fleet at sea because the natives never thought of it. A well-known scientist said, seriously, that the moon in the sky was not there when no one looked at it. This is similar to a Zen story that when a huge tree in a forest fell down, it did not make any sound if no one was present to hear it.

The breadth of this cosmic truth is very wide. It includes whatever a person thinks.

This greatest of lessons, heart thinks events materialize, has benefited me very much. I shall mention just one example here that concerns us.

When I first established our school, I had two noble thoughts. I wanted to preserve our arts for posterity. I wanted to share the wonderful benefits of our arts with deserving students all over the world irrespective of race, culture and religion.

I did not make any plans or preparation to attain these two noble thoughts. Yet heart thinks events materialize. I am happy to say that even if I were to retire tomorrow, our arts have been preserved for posterity. Our school has grown on its own to become the widest spread in all kungfu and chi kung history, with over 60,000 students in more than 35 countries irrespective of race, culture and religion.

There were a few betrayals in the history of our school. But without a single exception, each betrayal was a blessing in disguise. It set our school to greater heights.

The recent betrayal where a chief instructor left our school also confirmed the truth of this great teaching that heart thinks events materialize. He thought, but without any confirmation, that a former instructor raped some female students. This thought led to events of him severing relationship with our school. Had he thought differently, that these accusations were not true or at least not proven, events would have materialize differently.

Similarly, other instructors and students influenced by the chief instructor thought of the accused as a rapist, and that I condoned his rapist behavior when in reality I honored the noble principle of regarding a person innocent until proven guilty. Their thinking led to events materializing, which resulted in their distancing from our school and family members which and whom by their own admission have given them great joy and benefit.

Heart thinks events materialize is a cosmic truth. Events will materialize regardless of how small or how great your heart thinks. Some instructors and students, for example, sought my help as they suddenly found their boss or colleagues unfriendly to them. I told them to have good thoughts. Soon they reported to me that their boss or colleagues miraculously changed.

We must always use this great cosmic truth for good – for others’ good and our own good, or both.