STRATEGIES, SKILLS AND TECHNIQUES TO BEAT A BOXER 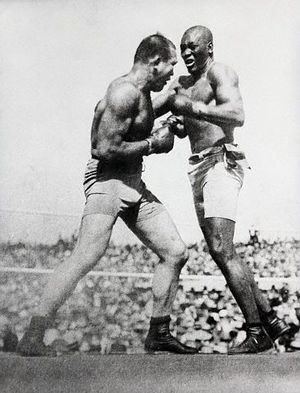 Sparring more than 200 years, Boxing has a long history of being the foremost fighting sport in the West

Which skills should a kungfu student develop to beat a highly skilled Boxer? How to develop these skills? Which strategies would you recommend to apply in fighting Boxers?

Some important skills a kungfu student should develop if he wishes to beat a highly skilled Boxer are as follows:

Some people may be surprised at the above answers. This is probably due to their confusing skills with techniques.

These skills may be developed in the following ways:

The following strategies are invaluable:

The following tactics with the appropriate skills are useful:

Techniques that are useful in implementing the above strategies and tactics include the following. The pattern names are in Shaolin terms; Taijiquan practitioners may use the Taijiquan equivalents.

All these strategies, tactics and techniques will be taught at the Kungfu against Other Styles Course in the Winter Camp in Janaury 2012 in Norway.

Fighting against Boxers is also an important topic in the Choy-Li-Fatt Course where two other strategies and typical Choy-Li-Fatt techniques will be used.

The two strategies are:

Answering an earlier question I said that for most kungfu practitioners today, kungfu would not be able to match Boxing. This is because there are so many techniques in kungfu that these practitioners do not know the most suitable techniques for this purpose, so they use typical kungfu techniques which are generally not suitable for fighting against Boxing. More significantly, they do not have systematic combat training.

However, if we choose the most suitable techniques and skills as well as tactics and strategies, we can reverse the situation. Boxers will find it hard to match well-trained kungfu practitioners.

During my trip to the United States recently, Anthony Spinicchia brought out the topic of kungfu classics. I mentioned that even when one had access to the classics, he might not understand them. One reason was that important information was merely stated in the classics, but not explained.

The answer here provides a good example. Many people would not understand what is written above, though the writing is actually simple and straight-forward. Shaolin Wahnam students may be able to understand half of it, but those who have attended a kungfu against other martial arts course will understand clearly. 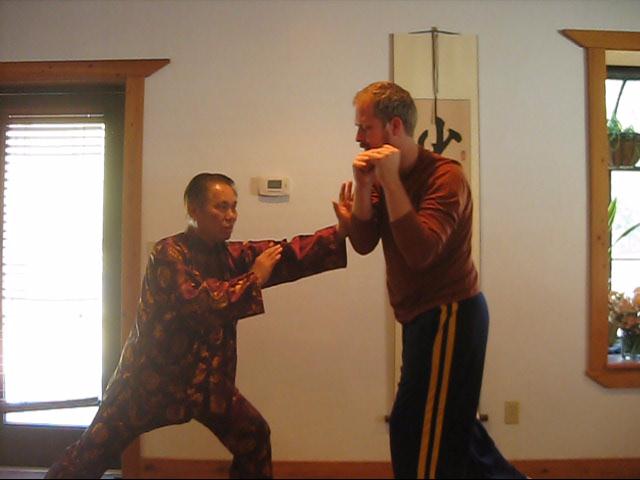 The above discussion is reproduced from the thread 20 Questions for Grandmaster: Choy-Li-Fatt and Kungfu against Other Styles in the Shaolin Wahnam Discussion Forum.

Questions on Kungfu against Other Styles