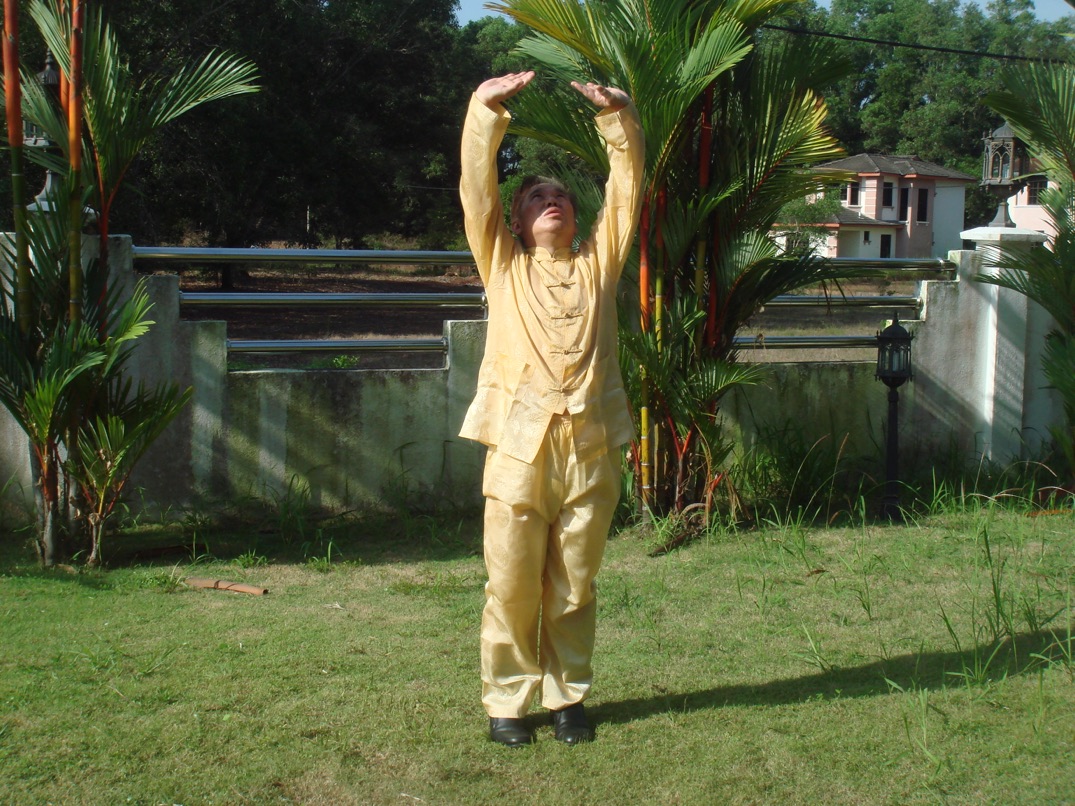 Performing "Lifting the Sky" is yu-wei

It would be great if Sifu could discuss the application of "Yu Wei" and "Wu Wei" in our practice and our daily endeavors.

“Yu wei” means “yes action”, and “wu wei” means “no action”. “Yu wei” comes before “wu wei”. In other words, you have to perform an appropriate action, then don’t do anything, and everything will be done for you.

“Yu wei” and “wu wei” are employed every time we practice chi kung. First we perform an appropriate chi kung exercise, which is “yu wei”, then we let the chi flow do its work spontaneously, which is “wu wei”.

But if he goes against this important concept of “wu wei” by directing chi flow to his elbow, the pain at the elbow may go away temporarily, but his heart condition may become worse as the energy that is supposed to work on his heart blockage is now used for a less important purpose.

We also use this important concept of “yu wei” and “wu wei” in our kungfu training. If a practitioner wants to develop some internal force, he practices an appropriate internal force training method, which is “yu wei”, and then let the internal force be stored at a rightful place in his body, which is “wu wei”. He does not interfere into where and how to store his internal force.

An an opponent attacks him in combat, he makes an appropriate response, which is “yu wei”, and then he lets the effect of his response take care of itself, which is “wu wei”. He does not interfere into how seriously the response may hurt the opponent.

However, in the first example if the practitioner wishes his internal force to be stored at his palm so that he can speedily explode force, this part of storing internal force at his palm will become the “yu wei” part, and how his internal force when exploded out will affect the opponent becomes “wu wei”. If, going a step further, he wants his opponent to be sent flying away instead of being injured on the spot, this part of using “release force” instead of “striking force” will become “yu wei”, and how his opponent is sent flying back becomes “wu wei”.

If you want to invite your friends for dinner, the invitation is “yu-wei”. Having done your “yu-wei”, you let “wu-wei” take over. You don’t have to worry how your friends will arrive, whether they will bring their wives with them, or whether it will rain on that night. That is their problem and you let them enjoy solving the problems.

Why is “wu-wei” considered spiritual? It is because having done your part you leave everything to God, knowing fully well that God will always do His best for you. But you have to help God to help yourself. 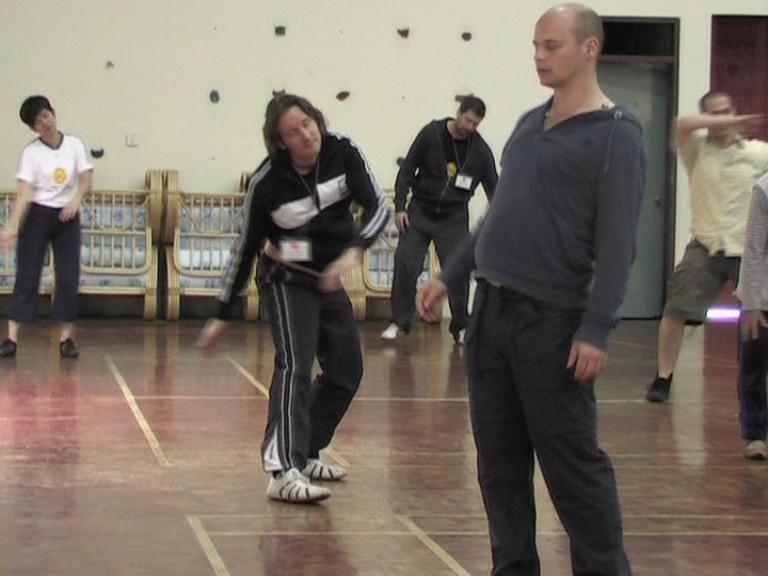 The above article is reproduced from the thread Applying and Deepening the Fundamental Skills of Chi Kung in the Shaolin Wahnam Discussion Forum.