TWO REQUIREMENTS FOR A GOOD BOOK 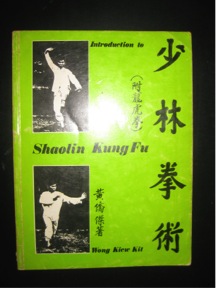 The first kungfu book written by me -- Introduction to Shaolin Kungfu, published in 1981

Most of the kungfu books in English I found only described kungfu forms. They lacked depth. Douglas, my most senior student from Europe, once told me that when one opened a kungfu book written in English, he would find pictures showing how to perform kungfu sets from the first page to the last page of the book.

In the many kungfu books I wrote, I attempted to overcome this common problem. My student, Kai (Sifu Kai Uwe Jettkandt), who was already an international free sparring champion before he learned from me, and is the Chief Instructor of Shaolin Wahnam Germany, told me that he was surprised at the secrets I revealed in my first kungfu book, “Introduction to Shaolin Kungfu”.

In writing my books, I consciously aimed at two accomplishments. One, I wanted my books to be readable. I was inspired by reading an editor who said that she had no interest in the topic of a book she was reviewing but it was so well-written that she couldn’t put it down.

Another important factor is pleasure. Readers will enjoy reading a book if there is humour. The book is also a pleasure to read when the reading materials are presented from a fresh, and sometimes surprising, perspective.

The second aim I wished to accomplish when writing my books, besides readability, was that readers must gain benefits from reading them. Many readers kindly told me that they had gained from my books more than they ever thought possible from the arts they were pursuing. Some, who had not pursued the arts before, told me they had been inspired to start practising the arts.

For example, readers can benefit from the beginning of this chapter, knowing the difficulties involved in reading kungfu and chi kung classics, or by extension any classics. Those who practise any form of force training, even from living instructors, will benefit knowing that preparation and remedial work are necessary.

Indeed, a lot of martial artists today have harmed themselves because they have not prepared themselves well for their training, and they do not have remedial treatment for the injuries they unwittingly, and sometimes even knowingly, sustain. An obvious example is free sparring.

Many martial artists have not learned how to spar. They just go into free sparring straightaway and hurt themselves and their sparring partners. They also routinely leave their injuries unattended to, bringing insidious harm to their health and vitality. 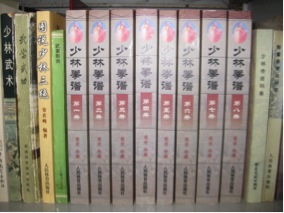 The Classic of Shaolin Kungfu in 8 volumes