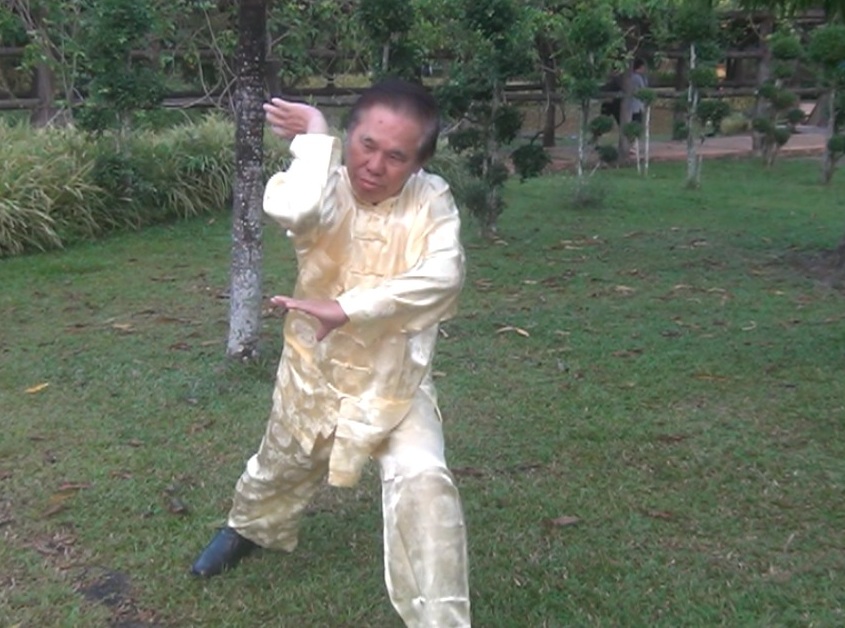 What are the characteristics of the predominant animals in Wong Fei Hoong’s Hoong Ka Kung Fu, the tiger and the crane (and of the other Shaolin animals), in combat application and especially in daily life?

For people with what kind of character and body type is Hoong Ka best suitable and therefore recommended to specialize in?

The prominent animal of "Taming-Tiger" is the tiger, especially the tiger-claw. Some examples of patterns for the tiger claw are Single Tiger Emerges from Cave, Black Tiger Guards Door, Separate Sea to Search for Shells, Fierce Tiger Descends Mountain, and Hungry Tiger Catches Goat.

The function of the tiger claw is not for stretching, like making claw marks on an opponent’s body, as some people mistakenly think it is. There are three main combat functions of the tiger claw, which in Cantonese are known as "fun ken", "chor jeet", "na yuit", which means "separating tendons", "dislocating joints", and "gripping energy points".

When you apply Single Tiger Emerges from Cave, for example, it is not just warding off an opponent’s attack, which we learn at the basic level. The pattern can be applied to grip the energy points of an opponent’s head or arm. When you use Hungry Tiger Catches Goat, you tame your opponent with one tiger claw, and with the other tiger claw you rib off some tendons in his face, dislocate his neck or grip his energy points on his head.

Kungfu is meant for fighting. Making some marks on an opponent’s face with a tiger claw is child’s play. These tiger claw attacks cause serious injuries, and we would not like to use them if we can. We do not want to fight in the first place. But if we have no choice, like being forced into a challenge match by an arrogant martial artist who continues ridiculing our arts, we must not be afraid to use these techniques the way they are meant to be used. We practice kungfu, not children’s play. But in friendly sparring, including with opponents from other schools, we just place our tiger claw a few inches from target.

The tiger form trains bone, which means internal force. Internal force is not just for fighting. It has three main functions – maintaining life, enhancing life, and giving us better results no matter what we do. It is extremely useful in daily life.

As the name indicates, the "Tiger-Crane" set incorporates the tiger and the crane. While the tiger, which has been described above, is forceful and ferocious, the crane is graceful and elegant. Some examples of crane patterns are "Reincarnated Well-Fed Crane", "Hungry Crane Search for Prawn", "Crane-Thrusting Technique", "Single Leg Hungry Crane" and "Single Leg Flying Crane". 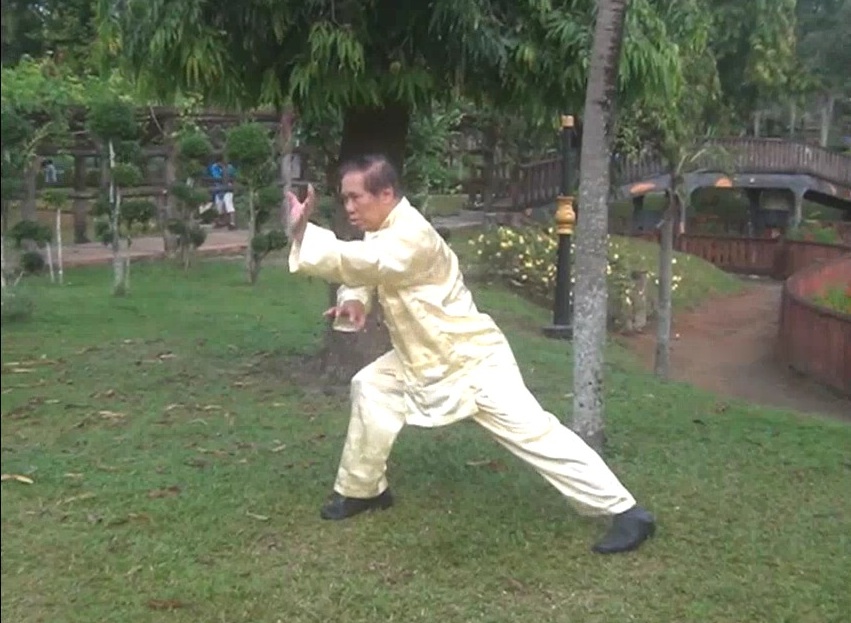 There are various patterns for the kicking techniques of the no-shadow kicks. An example each are as follows: Single Leg Hungry Crane for the organ-seeking kick, White Horse Presents Hoof for the thrust kick, and Lazy Tiger Stretches Waist for the side-body tiger-tail kick. Hence, no-shadow kicks are not limited to crane patterns.

A pattern for the straight-body tiger-tail kick from the Great Majestic Set is Fierce Tiger Springs Claws. In the 36-Pattern Tiger-Crane Set, there is no special pattern name for the clutch kick. It is just called a “clutch kick” and is part of the pattern “Old Tree Falls with Root”. This clutch kick pattern is called “Immortal Li Steps on Clutch” in the Drunken Eight Immortals Set.

The crane form trains essence. The Chinese term “essence” is quite tricky when translated into English. It implies that crane movements are free from unnecessary frills, and only the best or the necessary remains. It also suggests that crane movements are elegant, and free from muscular tension. To those used to Western culture, without muscular tension may suggest that there is no force. This is not true. Crane movements can be very powerful, full of internal force. But the internal force is not hard like that of a tiger, it is soft.

These characteristics of the crane are very beneficial in daily life. A practitioner trained in the Tiger-Crane Set will be courageous and powerful like a tiger, yet graceful and elegant like a crane.

There is no special animal in the Iron Wire Set, but if I have to choose one of the five Shaolin animal that is closest to the way we perform Iron Wire, I would choose the dragon. There are two main reasons for my choice.

The internal force developed from practicing Iron Wire is very powerful, and in our school it is close to dragon force. In most other schools Iron Wire force, if it is practiced correctly, is more like that of a tiger. If it is wrongly practiced as isometric exercise, the force is that of a leopard.

Why does our Iron Wire force resemble dragon force, whereas that of other schools resembles tiger force? It is because, our Iron Wire force, while still very powerful, is flowing, whereas that of other schools is consolidated. The flowing force of our Iron Wire is due to the magic of chi flow. The tremendous force derived from Iron Wire enhances our combat application, irrespective of what techniques we use, in every way. Some martial artists wrongly think that techniques are of utmost important in combat. This is not true. Force is usually more important than techniques.

This fact is well illustrated in matching juvenile black-belts with adults who are not trained in any martial art in combat. The juvenile black-belts will be badly beaten in real fights. This is an invaluable lesson to parents who think that their children who have attained a black belt level are good fighters. The juveniles are only good at demonstrating forms or in no-contact point sparring.

Internal force is not just good for fighting. It is more beneficial in everyday life. It will ensure life goes on harmoniously, make all your organs and systems work more efficiently, and enable you to produce better result in whatever you do. When you play games, you won’t be tired easily. When you perform intellectual work, you can work for a long time without being fatigued

People who are humble, determined, morally upright, neither too fat nor thin, and are not muscle-bound are best suitable, and therefore are recommended, to specialize in the Hoong Ka Kungfu of Wong Fei Hoong, or in any other kungfu style.

If a person is vain, he will not learn well. If he lacks determination, he will not progress far. If he is not morally upright, his teacher and seniors will not teach him their secrets. His teacher may not accept him as a student in the first place.

Indeed, at an advance stage where training operates at the mind level, when his mind is crooked, the internal force developed would be detrimental to him. In other words, only those who are morally upright can reach the highest level of training. This is not moralizing. This is a cosmic truth. It is also nature’s way of preserving the highest art for the morally upright.

Why were there some kungfu masters in the past who were wicked? They reached a high level of their kungfu, but not the highest level.

Some people may think of Pak Mei. Did Pak Mei reach the highest level of kungfu? Yes, he did. Was he morally upright? Yes, he was!

Pak Mei did not abuse his kungfu. He did not kill unnecessarily. He did not cheat. He did not womanize. He did not oppress the weak. He did not bully the poor. He was the First Patriarch of three kungfu styles, Pak Mei Kungfu, Er Mei Kungfu and Dragon Style, honoured by thousands of disciples.

Many Shaolin practitioners may consider Pak Mei their arch enemy because he led the Qing Army to raze the Shaolin Temple on Nine-Lotus Mountain to the ground. This was a question of political difference, not of moral issues.

People who are too fat or too thin do not have the right bodily structure to get the best benefit from Hoong Ka Kungfu. But this weakness is only temporary. After some practice, their body shape will be restructured.

People who are muscle-bound are not suitable. Their muscles will block chi flow, hampering the development of internal force which is necessary for any kungfu at the highest level. 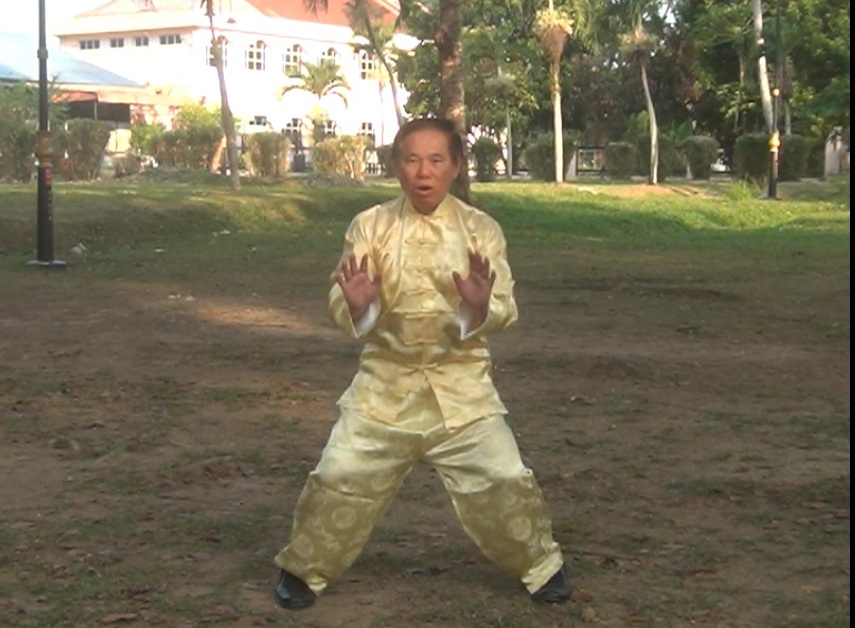 The questions and answers are reproduced from the thread Legacy of Wong Fei Hung Q-A Series by Sifu in the Shaolin Wahnam Discussion Forum.