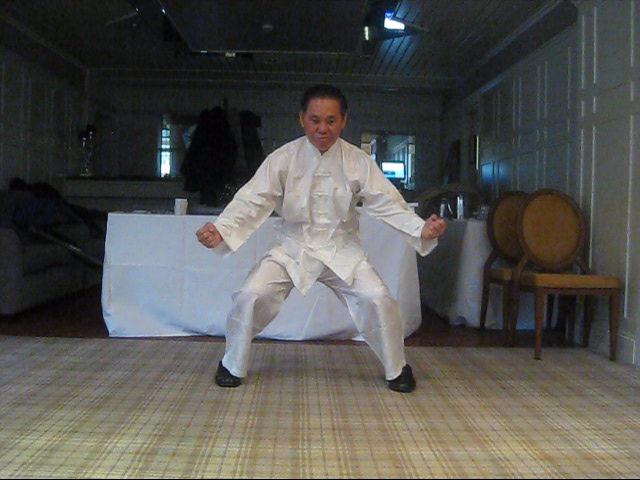 The flow method in Iron Wire

Once you have acquired the flow method you can apply it in any set, including in such external arts like Karate and Taekwondo.

On the other hand, once you have acquired the force method, you can apply it in any set, including in such internal arts like Taijiquan, Baguazhang and Xingyiquan. This is an excellent example of spread and depth.

If you apply the flow method unsuccessfully, it will also not look like Karate and Taekwondo, it will look like a dance in Karate or Taekwondo forms. As not many people have the opportunity to learn the flow method, dancelike performance is usually the result, especially with forms that are already flowing and graceful like Taijiquan and Flower Set.

You can find some examples on Youtube of Karate masters performing isometric exercise, mistaking it as the force method. A student who used this isometric method before told me that his master warned him not to practice often as it would shorten his life. I remember greatly puzzled why masters still practiced it or taught it to their students when they knew it was harmful.

But if you practice the force method correctly, even using Karate and Taekwodo forms, it will enhance your health, vitality and longevity, besides giving you internal force and mental clarity. You will get better result in shorter time if you use Shaolin forms, like Iron Wire, because Shaolin forms are more conducive for the force method.

It is helpful to remember that the terms "flow method" and "force method" are our innovations, created for convenience. The terms are created by us, but the techniques or methods are not, though with the advantage of breadth and depth we have improved on them. The techniques and methods were used by past masters, though they did not call them the flow method or the force method, and probably they might not be aware of what was subtly happening inside them while they trained though they were fully aware of the techniques and methods they used.

For example, past Taijiquan masters knew that to generate internal force they had to repeat certain movements hundreds of time, but they might not know that these repeated movements generated an energy flow, and they did not know that this occurred only when they were in what we now call a chi kung state of mind. Knowing all this, we can achieve similar result by repeating the same movement just 30 or 40 times.

Past Shaolin masters knew that if they repeated certain movements like those in the Iron Wire Set hundreds of time and made appropriate sounds, they could consolidate internal force. But they might not know that there must be energy flow first, before internal force could be consolidated, and that the sounds not only prevented energy blockage but also promoted better energy flow. Knowing all this enable us to attain similar result in much shorter time.

With a clear understanding of their underlying philosophy and the required skills and techniques as well as the invaluable experience of breadth and depth, we can modify or improve the proportion between the flow method and the force method in the arts we wish to train in. At first we approach prudently. We have a great advantage of chi flow, which not only erases harmful effects unwittingly derived but also speeds up progress remarkably. With successful experience we can progress with more confidence and certainty. 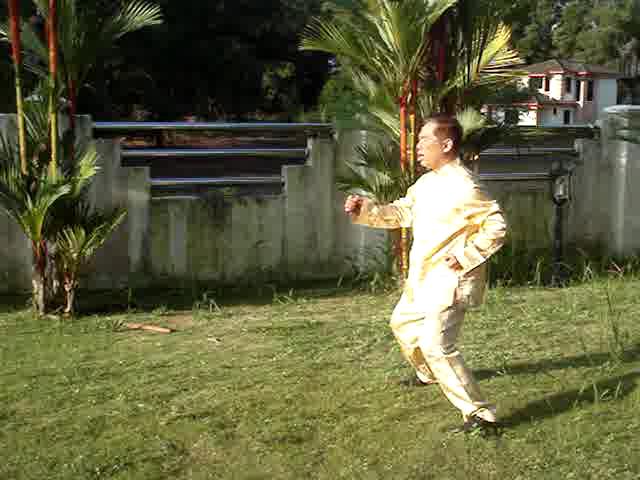 The flow method in the Flower Set

Let us look at Iron Wire for comparison. The orthodox approach is to use the force method. Practitioners use 100% force method to develop internal force in Iron Wire training.

It is pertinent to keep in mind that I am referring to those practitioners who have been successful, and they constitute only about 20% of the total number of people who have a chance to practice Iron Wire. The other 80% use isometric exercise.

I myself used the force method when I practiced Iron Wire many years ago, and produced a lot of internal force in much shorter time than expected. On hindsight I realize that although I was not aware of it at the time, I also incorporated the flow method which I earlier acquired in One-Finger Shooting Zen which I learned from my sifu, Sifu Ho Fatt Nam.

It is interesting that when I introduced the flow method to the Iron Wire course in Barcelona in May 2012, all the participants, i.e. 100%, found it produced more force than the force method. At the Iron Wire course in Las Vegas in October 2012, only 60% found the flow method more powerful, and 40% found the force method more powerful.

But it was evident that the flow method contributed substantially to developing internal force in Iron Wire training. How is this possible? How is it that in Iron Wire where the movements are designed for the force method, incorporating the flow method in it would enhance the result remarkably?

When we know the underlying philosophy, substantiated with actual experience, it is not difficult to find the answer. Energy flow is needed before internal force is consolidated. Past masters who could be very powerful in their Iron Wire might not realize this important fact. The past masters could still be very powerful even when they did not know this fact because of their many years of dedicated training.

With this background knowledge, which is interesting and useful by itself, we can answer the question with insight.

Let us see what happens to us in our training when we know the underling philosophy and purposely work towards it. When we use the flow method, we generate a powerful energy flow, not interspacingly but every time we train. Because our energy flow is powerful, we can consolidate not just 10 units of internal force each time, but 20 units. Because we have the benefit of accumulated effect which creates not just an arithmetical progression but a geometrical progression, we will have built not 600 units of internal force in one month but 1000 units.

Other practitioners would have built only 50 units of internal force in one month. This explains why we can attain in a few months what others may need many years.

But all these different techniques and methods may be generalized into two main categories, which we call the flow method and the force method.

In our school we can use only the flow method, or only the force method, or both in various combinations for any set or style, including Xingyiquan and Flower Set. This is a special benefit available to us. Practitioners of other schools do not have this benefit. Not only they do not differentiate between the flow method and the force method, they also do not differentiate between skills and techniques.

We are in a better position. We can vary the proportion between the flow method and the force method according to our needs and other factors. The estimates given about are for general situations. When the situation changes, like when we change to another exercise or have a different objective, we may modify the proportion accordingly.

How does one know what proportion of the flow method and the force method to use if he does not have sufficient knowledge or experience? A good way is to follow wu-wei, which comes after yu-wei. The yu-wei part is to perform the set or style according to what is taught by a competent teacher. Then enjoy wu-wei. Later you may look back and determine the proportion you have used and access whether it has been beneficial. In fact, that was how the various estimates were made. 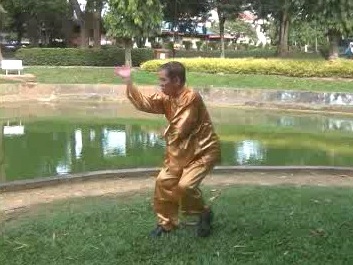 The flow method in Xingyiquan