SANGJURIANG WHO WANTED TO MARRY HIS MOTHER 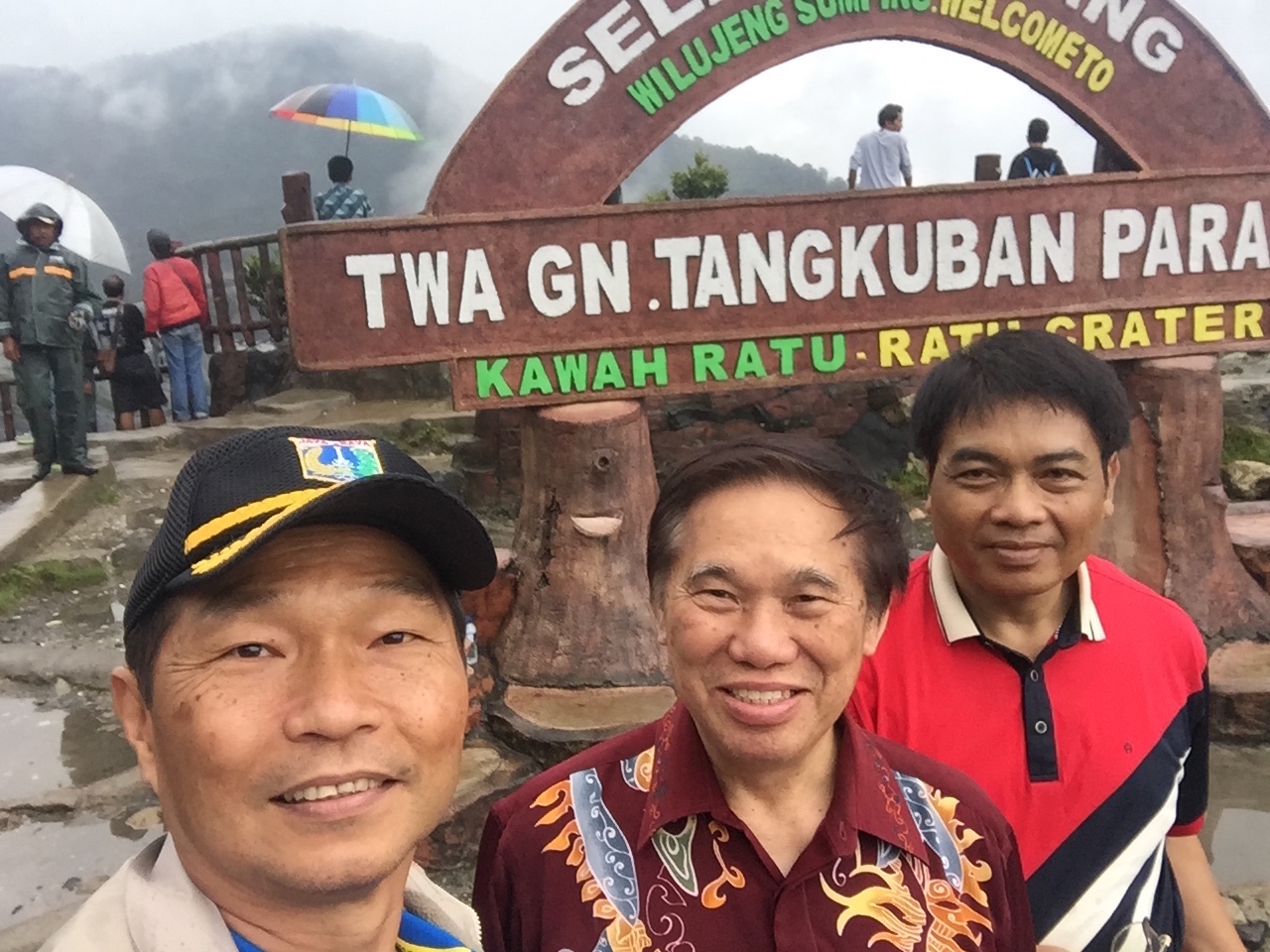 We headed for Tangkuban Perahu, which is a favourite tourist attraction. It was an active volcano, with strong smell of sulphur and fumes rising from the ground.

“There is a legend about Tangkuban Perhau,” Hartono mentioned. “Sangjuriang, a famous warrior, wanted to marry his mother, who still looked young and beautiful.” Joko then told me the legend.

While Dayang Sumbi was weaving, her shuttle fell down a mountain. She made a promise that whoever could fetch her shuttle back, she would marry him. A dog, called Tumang, brought back her shuttle. So Dayang Sumbi had to marry the dog.

They had a son called Sangjuriang. One day Dayang Sumbi wanted to eat some deer meat, and his son went hunting for a deer. Tumang, the dog, went with him.

But Sangjuriang could not find any deer. He did not want to disappoint his mother, so he killed the dog.

Later when Dayang Sumbi found out the truth, she was furious. She hit her son with a spoon causing a scar, and chased him away.

Sangjuriang left home and wandered about. One day he returned to his village, but he did not know it. He found Dayang Sumbi, who remained young and beautiful. Without knowing the identity of each other, they fell in love. Sangjuriang wanted to marry his mother, Dayang Sumbi.

Dayang Sumbi found out the scar on his head, and knew he was her son. It was impossible for them to be married. So Dayang Sumbi gave Sangjuriang a condition, that he should make a boat before dawn.

Sangjuriang worked fast, and was about to finish the boat. Dayang Sumbi was worried. She made cockerels crow, indicating dawn though it really wasn’t dawn yet. Sangjuriang was angry. He kicked the boat which turned upside down becoming a mountain which is now called Tangkuban Perahu.

There are, nevertheless, two flaws concerning the legend. It is unbelievable that Sangjuriang could not recognize his mother, Dayang Sumbi, who reared him up, and that he could not recognize the village where he grew up. You don't have to believe legends but to enjoy them, though some legends are true.