THE FABULOUS KING'S ROAD TRIP 2016
FROM BREKKE TO OSLO

Sifu Markus, Sifu Nessa and Grandmaster Wong in front of the Tvindefossen

The breakfast at Brekke Fjordhotel was delicious. Unless you like to sleep in the morning, having a delicious breakfast is important as it starts the day. I had bacon and eggs. The waitress was kind to specially heat up some milk for me to have some warm coffee. After breakfast, Markus, Nessa, Omar and I left Brekke at about 8.30 am on Tuesday morning, 26th July 2016.

We traveled along small and narrow hillside roads next to some fiords and mountain lakes. It is interesting that in Norway, one may not easily differentiate between a fiord and a long lake or a river, unless you are willing to taste its water. If the water is salty, it is a fjord as the water comes from the sea, though the sea may be many kilometres away. If the water is fresh, it is a lake or a river.

Luckily we don't have to taste its water, because we have Omar, a Norwegian who can tell the difference. Whenever we passed some long stretches of water, Omar would tell us whether it was a fjord, a lake or a river. He could do so by observing the types of boats in it.

Almost all the stretches of water were fjords. This wasn't much of a surprise because Norway is famous for fjords, and the Sogne Fjord or its branches followed us most of the way. Later Markus showed me a map on his Ipad indicating that the routes we took had the Sogne Fjord close by us.

I also learned, in an amateur way, how to tell the difference between a fjord and a lake or a river by observing the colour of its water. If it is dark green, right to its edges, it is a fjord as it shows great depth. Omar told me that the Norwegian fjords were hundreds of metres deep. But mind you, some lakes, like Noch Ness in Scotland where the endearing monster lives, is also very deep, but the colour of its water is less dark.

About ten in the morning we passed a large village called Voss. If you like sausages you should come here as Voss is famous for sausages, though they are quite different from those of Germany. If you don't like Norwegian sausages but like sheep meat, Voss can also offer it.

About an hour later around 11.00 am. we saw a most beautiful waterfall, or a series of many waterfalls. Markus who was at the wheel was driving quite fast and passed it. So I had to ask Markus to turn back, and it was certainly worth the return.

It was a majestic scene, the Tvindefossen, with numerous waterfalls thundering down a mountain-side a few hundreds of metres above. We were not alone as there were also many tourists admiring the scene. I told the group that it was one of the most picturesque views I had seen. Markus asked me about the Niagara Fall.

I just asked Google, and the answer is that Angel Fall is the highest waterfall in the world, falling from a height of about 1ooo metres. But Victoria Fall is classifed as the largest, because it has the largest volume of water in its fall.

At about 12.15 we had lunch at a rest-station restaurant along the main road. We all had Norwegian salmon. Omar said that the rivers in Norway were full of fish, especially salmons. Markus added that there were so much fish that many tourists, especially from Germany, came in caravans with refigerators to take the fish home. I told them that the best salmon I had was in Alaska.

We then crossed the Scandinavian mountain range from west to east, and headed southeast towards Oslo. We passed through some senic farmlands in southeast Norway

Soon we reached the Oslo Fjord, the fjord that leads to Oslo. We drove through a shorter, but still long, Oslofjordtunnelen or Oslofjord Tunnel, which is about 7 kilometres. This tunnel is special. Not only it is wide, it reaches a depth of 134 metres below sea level, which meaned that the sea water of the fjord was above us.

At about 5.30 pm we arrived at Oslo, the largest city and capital of Norway with a population of about 1.7 million people. It is ranked as the second most expensive city in the world after Tokyo. But you don't just come to Oslo to spend money. It is a charming city to visit. 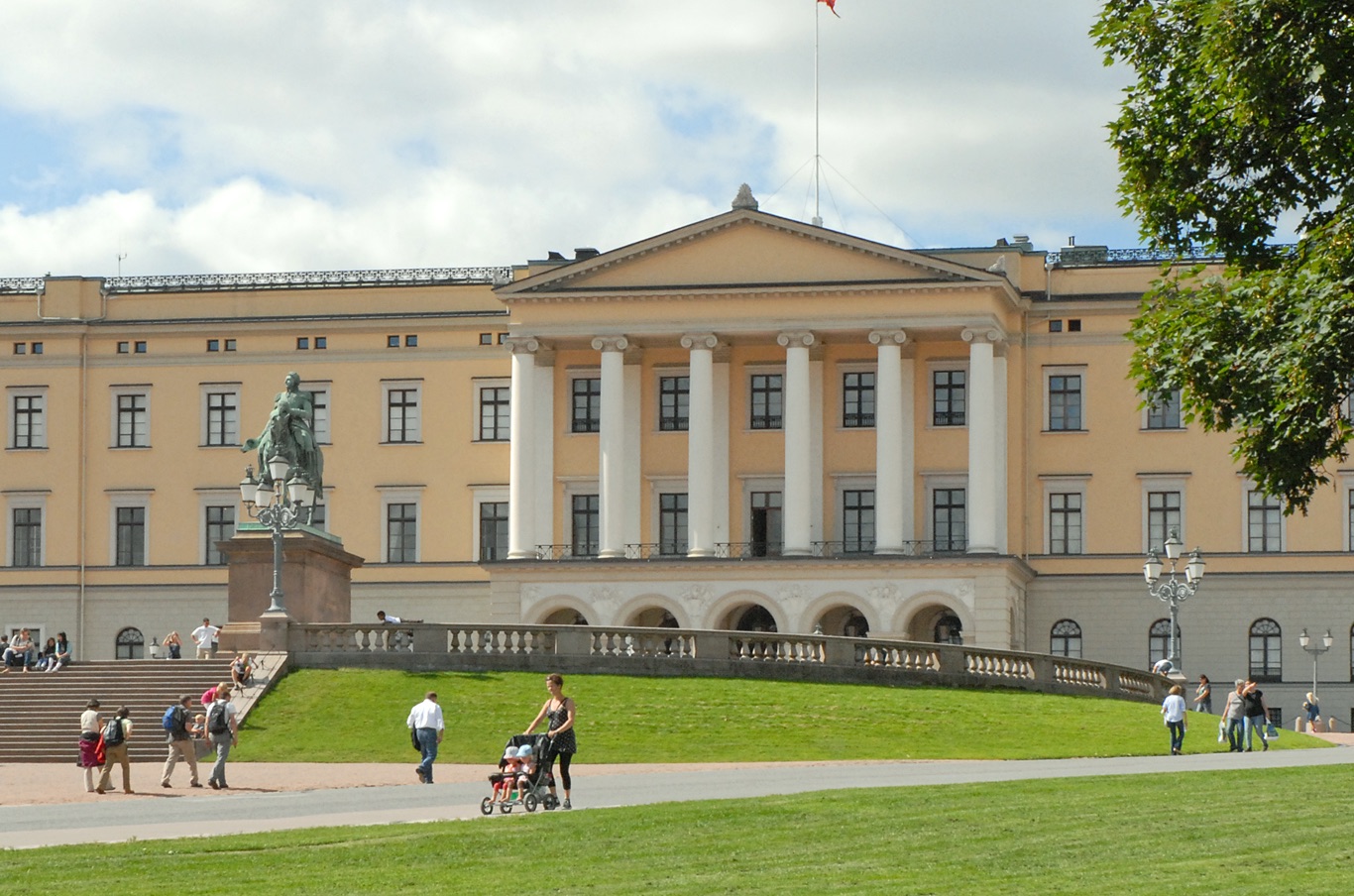