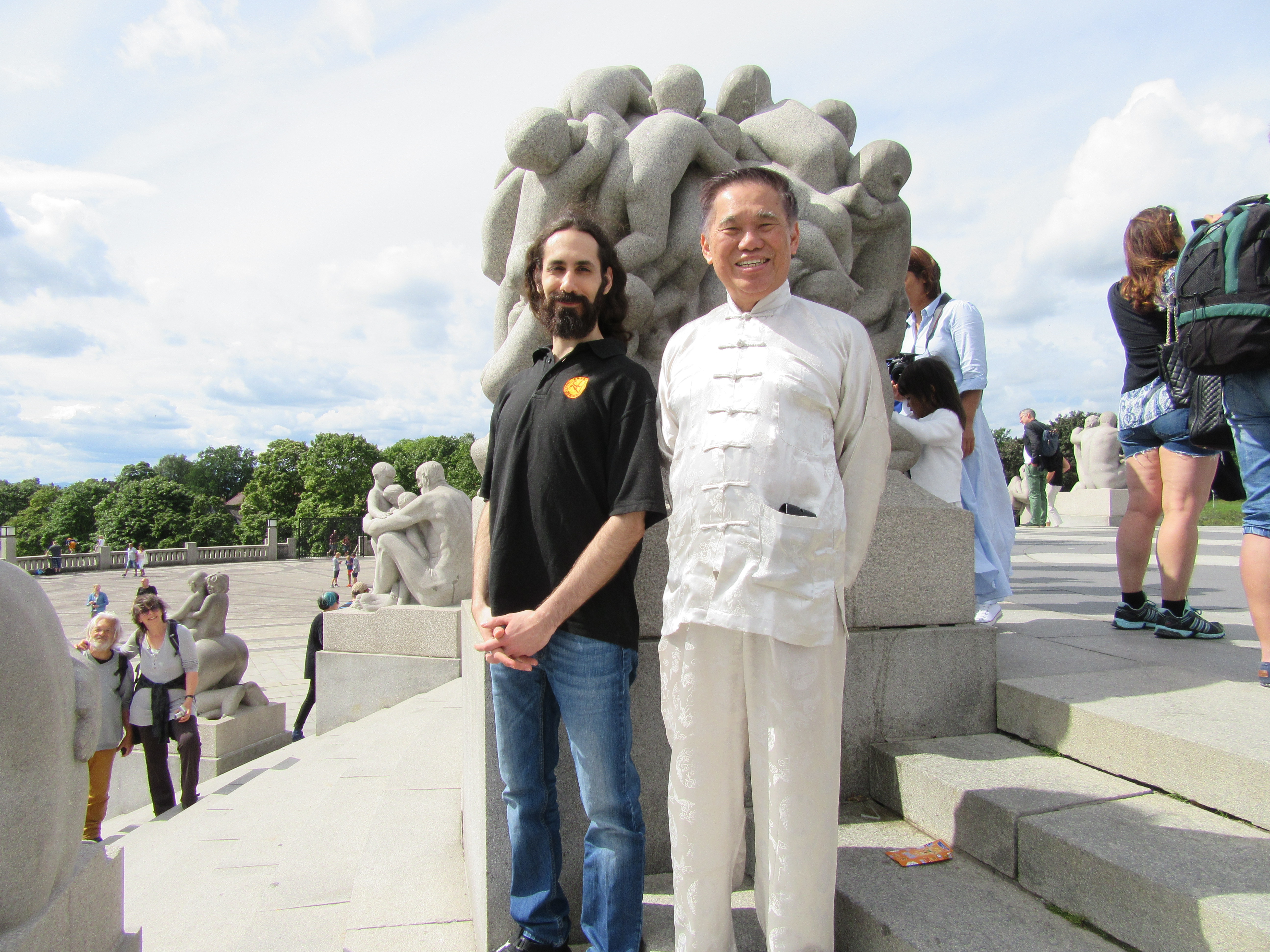 Sifu Omar Ivesen and Grandmaster Wong in the Frogner Park

27th July 2016 marked the start of chi kung courses in Norway. There were two courses for the day, Hua Tuo's Five-Animal Play Part 1 and Part 2.

We completed the morning course early but attained all the course objectives, and all course participants were very happy. So we had some extra time to visit the Frogner Park and the Royal Palace in Oslo.

Frogner Park, or Frognerparken in Norwegian, is the largest part in Oslo, and is located in the high-income residential area of Frogner. A special feature of the park was its unique statues of human figures in bronze, wrought iron and granite created by Gustar Vigeland. It also had a huge collection of 14,000 roses of different species.

We had lunch at the park, and the food was delicious. Then we went to the Royal Palace.

We were always lucky, which wasn't any surprise as we had good circulation of energy, or "hou yun qi", which means being lucky in Chinese. Not only we had a parking space right at the entrance to the Palace, which was actually expected, the Changing of Guards ceremony was on as we arrived.

The Royal Palace was a majestic building, with an impressive statue of King Karl Johan on a horse in front of the Palace.

"Sifu," he said, "it is very common for Western palaces to have a straight, wide road leading directly to the palaces. Is that good from the Chinese feng shui perspective?"

"No, from the Chinese feng shui perspective, it is very bad. However, if there is a big circle of any sort in front of the palace, like in the Royal Palace here, it can deflect bad energy from the straight road in front. The Buckingham Palace in London does better. Not only there is a big circle, but also there are fountains and a lot of water in the circle. It changes bad feng shui into good." 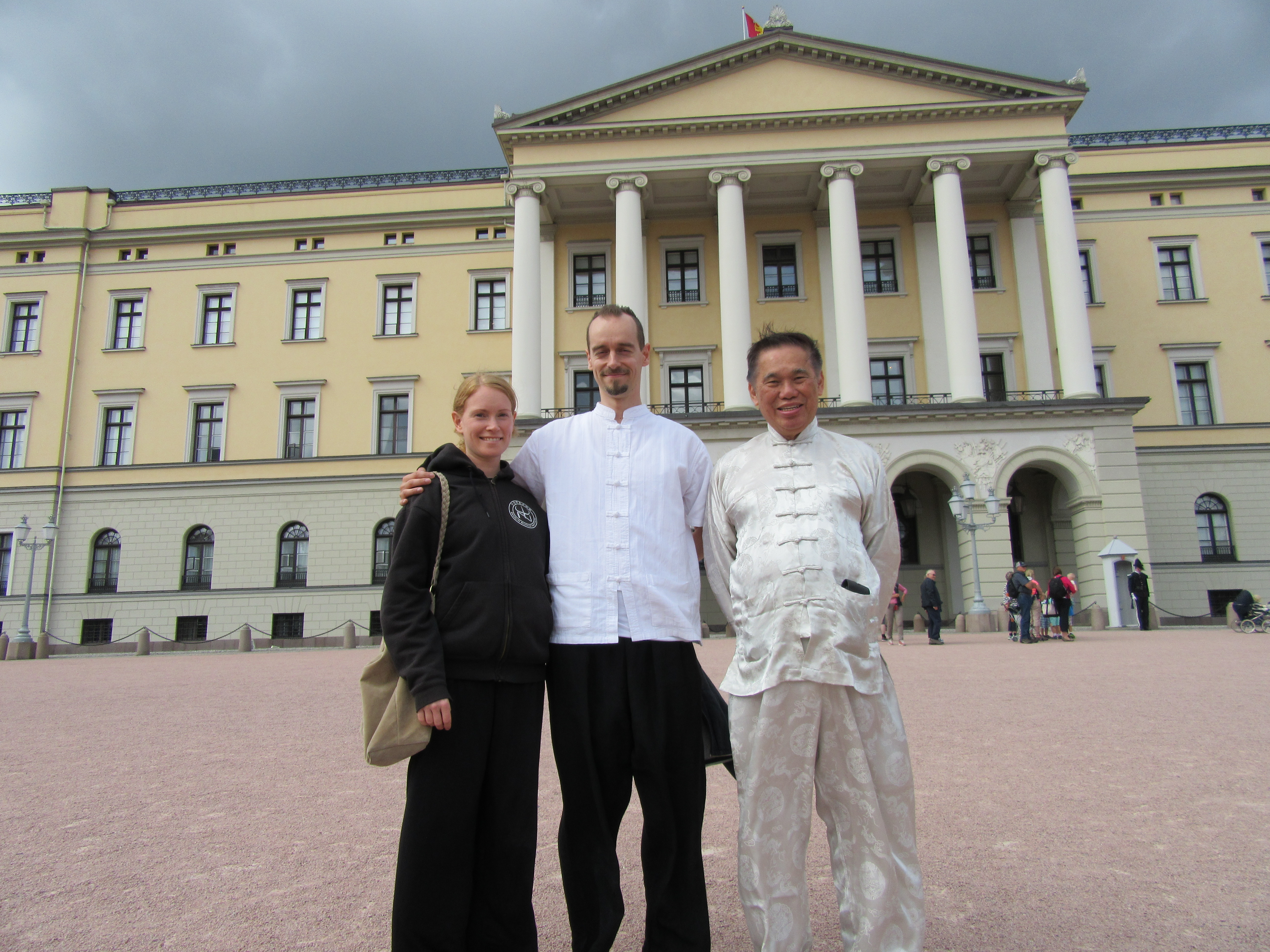