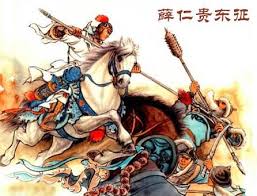 This strategy in various forms is frequently used. It gives an impression that a strategist is doing something else, often with an apparently good intention, but beneath the surface happening lies another hidden intention.

This strategy came from a story of how a Tang emperor, Tang Tai Zong, was deceived by his general, Xue Ren Gui, to cross a sea.

Tang Tai Zong personally led a huge army of 300,000 men to attack Korea. When they reached the shore of the Eastern Sea, gigantic roaring waves caused Tang Tai Zong to hesitate. He wanted to abandon his carefully prepared plans. They camped at the coast for a few days.

An adviser told the emperor that a local old wealthy merchant, who had great admiration of the emperor, wished to contribute handsomely to the expedition. The emperor was delighted and wanted to meet the merchant.

The old merchant entertained the emperor with sumptuous food and drinks, with music and dances by pretty maidens. The entertainment went on for a few days.

Then one day the emperor heard the sounds of roaring waves. He ordered some soldiers to tear down the huge canvas. To his amazement he found himself in a huge boat in the Eastern Sea. The old wealthy merchant knelt before him. He was Xue Ren Gui in disguise.

Xue Ren Gui asked for forgiveness. He told the emperor that they were almost landing on Korea, and to go back was more tedious.

The expedition was successful, and Xue Ren Gui was richly rewarded.

Thinking of Plums to Quench Thirst

Here is another story using the same strategy. Cao Cao, the Prime Minister and great general of the Three Kingdom Period led a large army through an arid region. The soldiers were all very thirsty, and were sluggish in their movement.

Cao Cao rode up a small hill to survey the terrain. He came back in high spirit.

“There’s a huge forest of plum trees in front. The plums are ripe and look sweet.” He told the army.

With the plum trees in mind, but were not actually there, the army soon left the arid region.

In modern times, Hitler used the same strategy to annex Poland. Hitler was eyeing Poland for some time, but because of the British presence on another front, he was cautious in his action. He sent out news that he agreed with the British principle of non-aggression.

Meanwhile he invited Polish representatives to Berlin for peace conference, creating an impression that the Germans wanted peace. Hitler sent a contingent of military officers to Poland for friendship conferences. Even on the eve of the sudden attack, the German Foreign Minister received the Polish ambassador in Berlin for border talks. Immediately after the talk, Radio Berlin broadcasted the German terms of peace.

The Polish government was misled by this show of friendship, and wrongly thought that Fascist Germany was too pre-occupied with Britain on another war front to attack Poland. So on the night of 1st September 1939 when Hitler dispatched 230 war planes and thousands of cannons to attack Poland, Poland was totally unprepared. In less than a month Poland fell to Fascist Germany.

This strategy of “Deceive Heaven Cross Sea” was successfully used in business recently. TV Japan ran an attractive programme on a TV series called “Training Air Hostesses” which was closely followed by many people.

The story line was simple, showing how air hostesses were trained, with emphasis on providing comfort to air passengers. Of course, the actors and actresses were handsome and beautiful. Air Japan was never directly mentioned, but it featured countless times in the series. It was no wonder that many people chose to fly Air Japan. 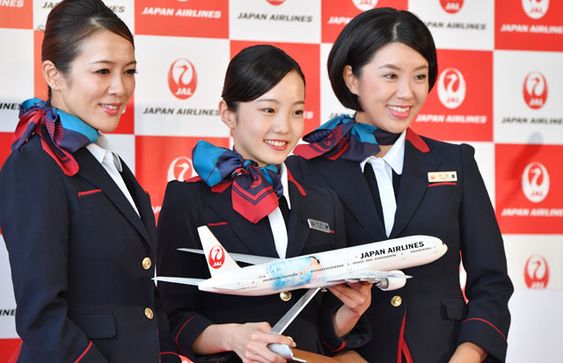