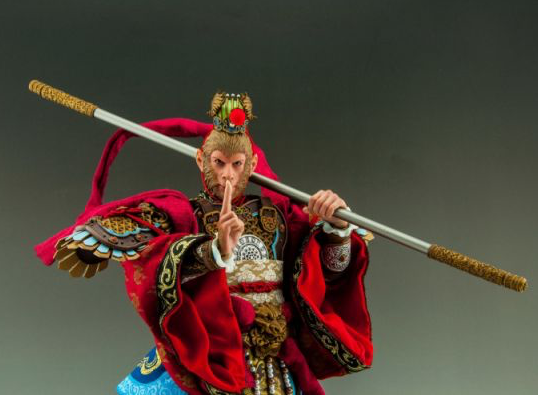 When a fire is burning, not only the defenders are preoccupied in putting down the fire, they are also in a confused and disordered state. It is an advantageous time to attack.

The historical source of this strategy came from one of the four greatest novels of China, “Journey to the West”, which depicted a great monk of the Tang Dynasty, San Zhuang, protected by his three supernatural disciples, Monkey God, Pig God and Shark God, journeyed to the West to bring back Buddhist sutras. At this time of the story, Pig God and Shark God had not become the great monk’s disciples.

When the abbot saw the robe, he was spell-bound. The robe radiated thousands of magnificent rays, dazzling the whole place. Greed overcame the abbot. He said to San Zhuang, “This indeed is a magnificent robe, a treasure I have never set my eyes on. But I am old, and my eye-sight is impaired. If you can please let me take it back to my room tonight, I can admire it more deeply.”

San Zhaung was reluctant, but again due to the continuous pleads of the abbot, the great monk eventually relented.

Back in his room, the abbot held a conference with some close disciples. “I’ve never seen such a treasure. It would be great if I could have this magnificent robe.”

The close discipes deliberated to find a plan. Eventually one of them said, “We can set fire to the sleeping quarters of the visiting monk and the monkey-looking monster. This will burn them to death. Even if they escaped, we can say that the robe had perished in the fire. The magnificent robe will then be yours.”

So the contriving disciples gathered firewood and placed it around the sleeping quarters of San Zhuang. Inside the quarters while San Zhuang was sound asleep, Monkey God was awoken by the noises. He changed himself into a small bee and flew out to investigate.

Seeing the situation, Monkey God knew what the contriving disciples were up to. He flew up into the sky, changed himself back to his normal appearance, and somersaulted to heaven, where he borrowed a “fire protection coat” from a heavenly general.

Back in the sleeping quarters, he protected his master, San Zhuang, the white dragon-horse and their belongings with the “fire protection coat”.

Then he had a mischievous idea. He closed his eyes and gently blew on to the fire. The fire was blown back to the main temple, setting it ablaze and the monks running hither thither. Monkey God had a lot of fun.

Not far from the temple inside a cave on the mountain was a monster, called Black Wind Monster. This monster was actually a god from heaven, but because of a mistake he made he was expelled to earth as a monster.

Black Wind Monster was a friend of the abbot. He was surprised to see the temple ablaze. He flew out of his cave to the temple to see if he could help. As he went to the abbot’s chamber he saw a bundle glowing in the dark. It was the magnificent robe. Conveniently Black Wind Monster took the magnificent robe and flew back to his cave. This was the historical source of the strategy, “While Fire Commit Robbery”.

Later, after some adventures, Monkey God was able to retrieve the magnificent robe from Black Wind Monster, who eventually went back to heaven.

During the Three-Kingdom Period (220-280), Yuan Shao was powerful with a lot of land and armies. But after his death, his two sons were disunited.

At first Cao Cao, the Lord of Wei, led an expedition against Yuan Tan, the elder son of Yuan Shao. Yuan Tan enlisted his younger brother, Yuan Shang, for help. With the armies of the two brothers combined, Cao Cao was unable to make any advance.

After Cao Cao had retreated, the two brothers fought each other over the right to inherit their father’s property. Yuan Tan was forced out, and in desperation he sought the help of Cao Cao.

At first Cao Cao was unwilling to help an old enemy. But his adviser said, “If the two Yuan brothers combined, they would be a formidable force. But now they quarrel between themselves. My Lord, you should apply the strategy of “Rob while Fire is Burning”.

Cao Cao realized the value of this strategy. So he combined forces with Yuan Tan and defeated Yuan Shang. A year later, using an excuse he eliminated Yuan Tan. In this way, applying the strategy of “Rob while Fire is Burning”, the vast land and formidable armies of Yuan Shao came under the control of Cao Cao.

The strategy of “Rob while Fire is Burning” led to the establishment of the Qing Dynasty (1644-1911) in China. At the end of the Ming Dynasty (1368-1644), Li Zi Cheng with his rebel army captured the Ming capital. The last Ming emperor committed suicide. The rebel army ransacked many cities and robbed former Ming officials.

At that time the Ming general, Wu San Gui, with a large army was at the northern border preventing the Manchurian army from entering China. Meanwhile Li Zi Cheng imprisoned Wu San Gui’s father and forced Wu San Gui’s wife into the palace.

In modern times, the strategy of “While Fire Commit Robbery” was seen in the Soviet entry into Afghanistan in 1978, but the Soviet did not stay long, and left about 10 years later in 1989.

In 1978 a pro Soviet coup took power in Afghanistan and initiated a series of radical reforms. This led to open rebellion over large parts of the country, and by April 1979 the government lost control over areas outside cities.

In response to request, the Soviet Union first sent troupes to support the Afghani government, but by December 1979 the Soviet 40th Army occupied Afghanistan. This led to a 10-year insurgent war between Afghan rebels, the Mujahideens, supported by the West, and the Soviet Union. This period was sometimes referred to as a Cold War between the West and Soviet Union.

Esau Sold his Inheritance for a Bowl of Red Bean Soup

There is a story in the Bible involving the strategy, “While Fire Commit Robbery”.

Jacob was cooking some red bean soup. Esau, who was hunting in the fields, came in and was hungry.

“Give me a bowl of the red bean soup,” Esau said to Jacob.

“But you must give me your birth right,” replied Jacob.

“I’m hungry. Why do I care about the birth right?”

“Swear to God that you give me your birth right in exchange for a bowl of red bean soup.”

So Esau swore to God that he gave Jacob his birth right.

Esau and Jacob were twins. Esau was born first, closely followed by Jacob who was gripping Esau’s heel, symbolizing that he wanted to pull Esau back to their mother’s womb so that he could be first born. Being first born, i.e. his birth right, involved receiving inheritance from the father.

This strategy, “While Fire Commit Robbery”, is frequently used in business. When companies experience difficulties, like problems of cash flow or quarrels amongst major shareholders, other companies or entepreneurs would take advantage to buy the troubled companies at a cheap price.

A factory in Germany was producing motor-cycles. But when Japanese motor-cycles, which were cheap and reliable, entered the European market, this German factory faced tough competition, and eventually wanted to sell off its assets. A factory in China was willing to buy the assets but was slower than an Iranian entepreneur. However, in the end the Iranian entepreneur could not raise the necessary cash.

Even in sports the strategy is often used. In world cup football matches, for example, when a team was at a disadvantage, like it just lost a goal or lost a player due to some serious offence, the opposing team would relentlessly press in to attack.

In the semi-finals of China Table Tennis National Championship in 1964, the international star, Zhuang Ze Dong played against a formidable opponent, Wu Xiao Ming. Both drew at 2-2 in a 5-game match. In the fifth and final game, Wu Xiao Ming was leading. But luck was with Zhuang Ze Dong. Continuously Zhuang Ze Dong won 4 points due to the ping pong ball rolling off the net, affecting Wu Xiao Ming emotionally. Zhuang Ze Dong was an experienced player. He took this opportunity of “While Fire Commit Robbery” to defeat Wu Xiao Ming of the final game. 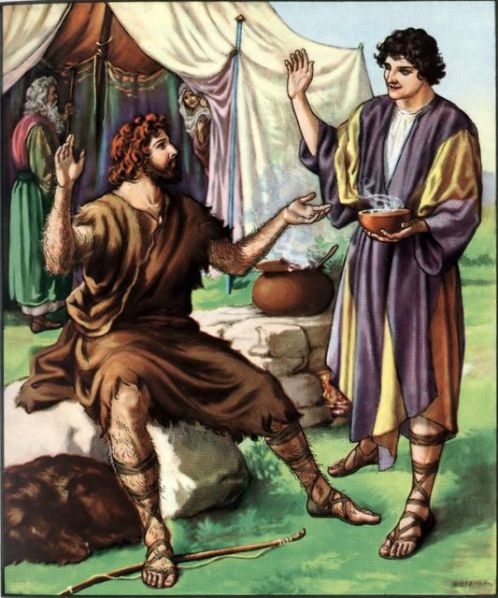