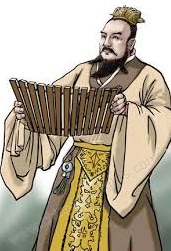 If you escape, your enemy will chase after you. Do something to distract him or deceive him, then escape secretly.

About 200 BCE Liu Bang, a general under the control of Xiang Yu, retreated to Han Zhong. Xiang Yu was suspicious of Liu Bang, so he ordered another general, Zhang Han, to monitor Liu Bang.

Liu Bang encamped his troops in an area surrounded by high mountainous cliffs. The only entrance was through a wooden bridge. At first, following the advice of Zhang Liang, his strategist, Liu Bang burned the wooden bridge to prevent Zhang Han’s troupes attacking them. Zhang Han encamped his troupes on the other side of the bridge.

Then Liu Bang ordered his men to repair the bridge, giving an impression that his forces would attack Zhang Han’s troupes. Zhang Han prepared his army to meet the attack.

Soon the bridge was repaired. Zhang Han expected Liu Bang to attack. But a few days passed, and the attack did not come. Zhang Han sent some scouts to find out. The scouts returned to say that they found nothing at Liu Bang’s camp.

But the attack did come – from behind. This time Zhang Han was unprepared, and his army was badly beaten.

While repairing the bridge in the open as a distraction, Liu Bang secretly escaped to Chen Cang, a small place some distance away behind Zhang Han’s camp. From there Liu Bang launched a fierce attack from behind, led by his general, Han Xin.

During the Period of the Three Kingdoms (220-280) Liu Bei borrowed Jingzhou, or the Province of Jing, as a base from Sun Quan, but never returned it and then ruled over it. Sun Quan wanted to take back Jingzhou. He ordered his capable general, Lu Meng, for the task. Lu Meng approached Jing Zhou from the south.

At that time Liu Bei left the defence of Jingzhou to his sworn-brother, Guan Yu, who was later detified as the God of War. Cao Cao, the Lord of Wei and a common enemy of Sun Quan and Liu Bei, was attacking Jingzhou from the north. Although he faced a formidable attack from the north, being a competent general, Guan Yu did not neglect defence in the south. Not only he stationed a powerful force there, he also built watch-towers to look out for possible attack.

Lu Meng employed the strategy of “Secretly Escape Chen Cang”. He pretended to be sick and left the command of the army to his young, inexperienced lieutenant, Lu Xun. Lu Xun also wrote a letter to Guan Yu implying that the former’s forces were inferior to Guan Yu’s.

Guan Yu made a serious mistake, which later cost his life. He underrated Lu Xun and deployed his soldiers in the south to the north to fight Cao Cao.

Meanwhile, Lu Meng organized a land expedition to attack Jingzhou, but actually the main forces were disguised as civilians on boats. Lu Meng’s forces took many places in Jingzhou easily, as Guan Yu’s main army was in the north fighting Cao Cao. Lu Meng treated captured soldiers and their families well, which was another contributing factor to Guan Yu’s later defeat.

In the north, Cao Cao reinforced his forces and defeated Guan Yu. Hearing that Lu Meng’s forces had taken much of Jingzhou, Guan Yu led his forces to the south. But hearing that the soldiers’ families in captured territories were well treated, the soldiers were reluctant fo fight. Many soldiers also deserted Guan Yu’s army.

With his dwindling forces, Guan Yu escaped to Maicheng, or the City of Wheat. Here Guan Yu fell from his horse, as the horse’s legs were trapped in lassos hidden in the wheat laid by Lu Meng. Guan Yu, his son, Guan Ping, and his lieutenant, Zhou Cang, were captured. As Guan Yu refused to surrender to Sun Quan, the Lord of Lu Meng who captured them, Guan Yu, his son and lieutenant were executed.

This strategy, “Secretly Escape Chen Cang’, was successfully employed in modern times and has brought a lot of benefits to many people.

For a long time in the modern age, China was isolated. President Richard Nixon argued that the United States as well as the world would benefit from engaging China. But due to world circumstances at the time, the United States and China did not have any formal communication.

On 3rd July 1971 Henry Kissinger, the President’s National Security Advisor, visited Saigon. The next day, 4th July, he was in Bangkok. On 6th July he arrived at New Delhi. On 8h July Kissinger arrived at Islambadah.

On 9th July the Pakistani government made an extraordinary announcement that Henry Kissinger was unwell and had to rest for a few days in a mountain resort. A special limousine with the Pakistani flag and the United States flap sped through the city of Islambadah towards the mountain resort.

But Henry Kissinger was not in the limousine, although people at large thought so. Henry Kissinger was at the Islambadah International Airport where four special high-ranking Chinese officials escorted him to Bejing. This strategy of “Secretly Escape Chen Cang” was superbly played out, but it so happened that a foreign journalist of a well known world newspaper saw this special party.

The journalist rushed back to his office and sent a telegram to his headquarters. The editor on duty who received the urgent telegram read it over again, again and again. Eventually he said, “The journalist must have taken too much drink. Kissinger to China? It’s just crazy.”

Kissinger’s secret visit to China opened up communications not only between China and the United States, but China and the whole world. It is an excellent example of the strategy, “Secretly Escape Chen Cang”.

The following interesting story demonstrates a subtle use of this strategy in business in modern times.

To add some fun to the competition, New York Trading displayed an advertisement in front of the shop as follows:

The next day, City Trading came up with its advertisement in front of the shop:

New York Trading was not slow in the price competition. It came out with another advertisement the next day:

City Trading continued with the fun with its new advertisement

The same competition war continued with other items. Sometimes New York Trading would give in, and sometimes City Trading. Soon the two shops became well known in the city and attracted a lot of customers who were convinced that they bought goods at a good price due to the price competition between the two shops.

One day the two shops ceased doing business. People were surprised. If one shop closed down, the other shop would have all the business, they thought. Later they discovered that both shops belonged to the same owner! 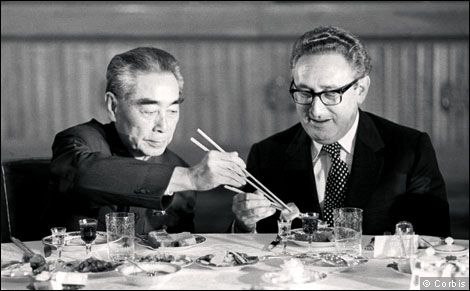