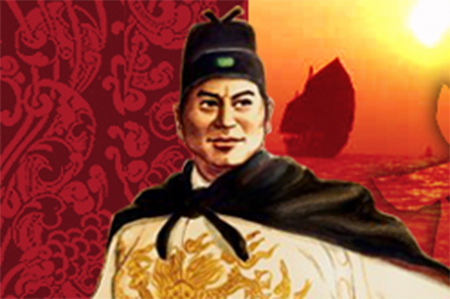 You go for a walk and see a goat along the way, which you do not expect. Just take the goat home. It does not cost you extra effort.

One day Peach Flower Lady visited her sister in the State of Cai. Seeing her beauty, the Cai King molested her, but she managed to escape back to the State of Xi and told her husband, the Xi King.

The King of Xi was angry and wanted to avenge the molestation. But Xi was a small state and was no match for Cai. The King of Xi had a plan. He secretly collaborated with the King of Chu, a big and strong state.

The King of Cai realized he was deceived. He knew a weakness of the Chu King. While in captivity, the Cai King told the Chu King that the queen of Xi was very beautiful. The Chu King was aroused, and wanted to meet her.

He held a victory banquet and asked the Xi queen to be present. Seeing her beauty, the Chu King took her away and made her the Chu queen. Later she bore him two sons.

Between 1405 and 1433 Admiral Cheng Ho (Zheng He) of the Ming Dynasty led a gigantic fleet seven times to the Western Ocean, which was the Chinese term for sea routes over the South China Sea and the Indian Ocean as far as East Africa.

Admiral Cheng Ho spread the grandeur and greatness of the Chinese Empire to a total of 37 countries. Many local rulers acknowledged China as a protector, and paid annual homage to the Ming Emperor. China returned with rich gifts of porcelain and silk.

This remarkable result was actually an outcome of the strategy of “Easy Hand Snatch Goat.” The real reason of Admiral Cheng Ho’s naval expedition was to search for the former emperor of the Ming Dynasty, Ming Wei Di. Ming Wei Di’s policies caused many local rulers to lose their positions, resulting in rebellion. After 3 years of fighting, Ming Wei Di was replaced by the King of Yan, who succeeded him as Emperor Ming Ceng Zu.

Turning a Foe into a Friend

In 1755 George Washington, who was later elected as the first President of the United States, was a colonel stationed in Alexandria in Virginia. He and another colonel, William Payne, had deep disagreement. One day in a moment of frenzy over a heated argument, Colonel Payne struck George Washington and fell the latter onto the ground.

Washington’s troops rushed in and were ready to shoot Payne.

But Washington pacified his troops, saying, “Please let me deal with this situation myself.”

The next day Payne received a letter from Washington asking the former to meet at a restaurant. Payne expected a duel, which was common at that time.

But when Payne arrived, he was surprised to see a smiling Washington with wine instead of pistols on a table. Washington said, “To err is human. I’m sorry I was wrong yesterday. If you have had sufficient satisfaction, let us be friends.” Washington extended his hand, and Payne spontaneously gripped it and shook hands. Payne said that Washington demonstrated real manhood. After that Payne was a great friend of Washington.

After working hard at his office, President Ronald Reagan, the 40th President of the United States, had a short rest. He found some paper on a table and drew some drawings.

President Reagan suddenly had a brilliant ideal. He signed at the right hand bottom of every drawing “President Ronarld Reagan”. Then he called an auction house to have his drawings auctioned. They fetched a lot of money.

President Reagan then picked up a phone and called a charity organization to donate all the money to the organization. 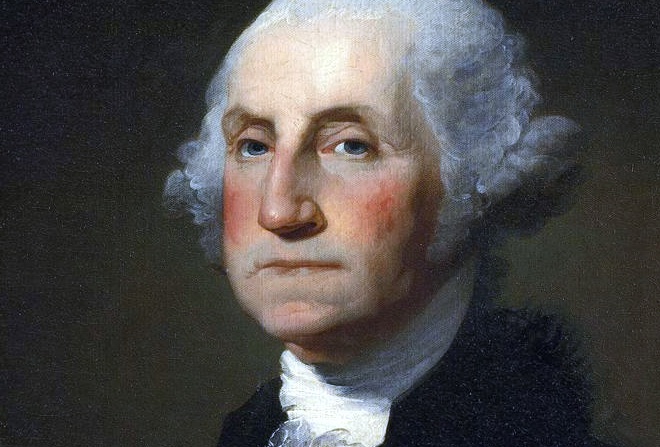