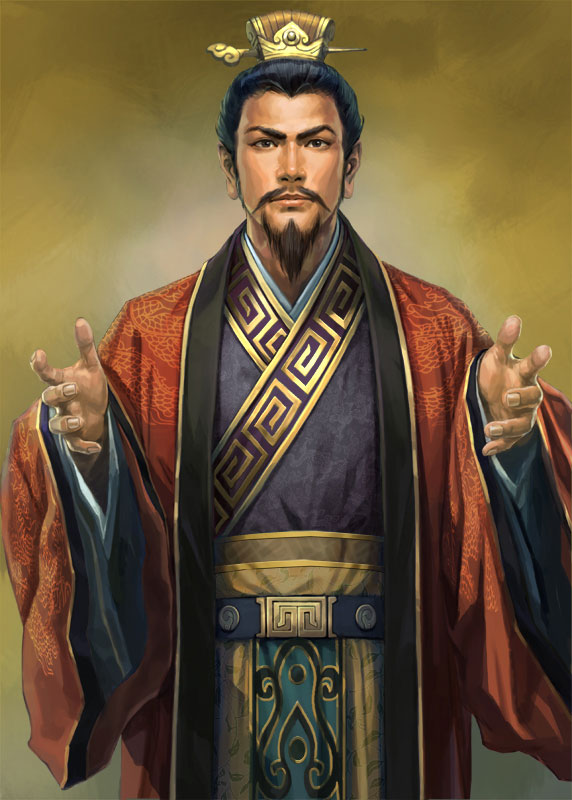 Shang Chen, the former crown prince, heard the news but was uncertain whether it was true. He consulted his tutor who advised him to hold a banquet and invited Jiang Bi, the sister and confidant of the King whom ministers dared not offence. The tutor told Shang Chen to be purposefully rude to Jiang Bi.

Jiang Bi was angry and said loudly to Shang Chen, “You’re good for nothing. No wonder the King backslid on appointing you as a crown prince and appointed your brother.”

Using the strategy of “hitting grass to startle snake”, Shang Cheng now knew the truth. He schemed a palace revolt, had the King killed, and replaced him as the next king.

During the Period of Three Kingdoms (220-280), Liu Bei who later became the King of Shu, tricked Sun Quan, the King of Wu, to lend him Jingzhou, or the Province of Jing. Sun Quan tried to get the province back from Liu Bei.

Zhou Yu, a famous general of Wu, had a plan. He told Sun Quan to offer his sister, Lady Sun, to Liu Bei as a wife, and when Liu Bei came to the State of Wu to get Lady Sun, they could capture Liu Bei and exchange him for Jingzhou. Sun Quan found it an effective plan.

When a messenger was sent to Liu Bei about the marriage, Liu Bei knew it was a trick to capture him. But if he refused the marriage, he would give Sun Quan, who had a much larger army, an excuse to attack him and took back Jingzhou by force. So Liu Bei consulted his strategist, Zhu Ge Liang.

Zhu Ge Liang congratulated Liu Bei and asked him to go ahead with the marriage. He asked Liu Bei to take Zhao Yun, a great warrior of the Three Kingdom Period, as the best-man, and a few hundred soldiers for celebration. Zhu Ge Liang also gave Zhao Yun a sealed message telling him what to do when they arrived at the State of Wu.

When Liu Bei and Zhao Yun met Sun Quan, who was attended by his Prime Minister, Liu Bei paid homage to the Wu King and presented a big gift to the Prime Minister telling him about the marriage with Lady Sun. Suddenly there was a lot of noises from outside.

The solders who came with Liu Bei put on dresses of red, the colour of wedding celebration, as instructed by Zhao Yun earlier as he followed the instruction of Zhu Ge Liang in the sealed message. The soldiers were celebrating the marriage.

The Prime Minister was surprised, but he went into an inner court to congratulate Sun Quan’s mother.

“What? My daughter is getting married? How come I myself do not know?” The elderly lady was surprised.

“The whole capital now knows about it. People are celebrating,” the Prime Minister reported.

The elderly lady summoned her son, Sun Quan, into the inner court. “What exactly is the matter?” the elderly lady demanded, “My daughter getting married and I don’t know about it?”

“It’s actually a trick from Zhou Yu,” Sun Quan explained. “We lured Liu Bei here, capture him and exchange him for Jingzhou.”

The elderly lady became angry. “You and Zhou Yu are in control of six states and eighty one provinces. You can’t take back one province and have to use my daughter as a Beauty Strategy to trick Liu Bei here?”

Sun Quan had no words to say.

“I don’t care,” the elderly lady continued. “The whole capital now knows about the marriage. I don’t want people to laugh at her as someone who cannot be married out.”

“That can’t be,” Sun Quan protested. Liu Bei is half a hundred, and my sister is only twenty eight.”

“I shall have a look at Liu Bei,” the elderly lady said. “If I find him acceptable, the marriage will go on.”

The elderly lady made arrangement for Liu Bei to meet her at the Fragrant Dew Temple. Although Liu Bei was almost fifty, he was stately and graceful, and the elderly lady liked him very much. So the marriage, which was meant to be a trick, went through.

Zhu Ge Liang, a famous strategist, used the strategy of “Hitting Grass to Startle Snake” to win Liu Bei a beautiful wife. The “grass” was the Prime Minister of Wu, and the “snake” was the King’s mother.

Napolean and the Battle of Austerlitz

The Battle of Austerlitz in 1805, sometimes called the Battle of Three Emperors, is often regarded as the greatest victory of Napoleon. Austerlitz was a small village in the Austrian Empire, and is now a small country town called Slavkov u Brna in the Czech Republic.

After defeat by Napolean, the Austrian army and the Russian army retreated to their countries. Frederick the Great gave Napolean an ultimate term to leave Austria which the French occupied within a month, otherwise the Prussian army would attack.

Napolean realized that he had to defeat the combined armies of Russia and Austria before the arrival of the Prussian army. So he tricked the “snake” to come out of the “grass”.

Eventually the combined armies of Austria and Russia attacked. They were routed. By one account, the French lost about 9,000 men out of an army of 73,000, but the allied armies lost about 36,000 out of 85,000! The Austrians concluded the Treaty of Pressburg. Austria lost Venice, Istria and Dalmatia to France, and had to pay a heavy war indemnity. The Russian retreated to the east, and the Alliance between Austria, Russian and Prussia collapsed.

The Battle of Midway

After bombing Pearl harbour, Admiral Yamamoto led a huge Japanese naval force with the intention of destroying the American Pacific Fleet. The Japanese Fleet consisted of 8 aircraft carriers, more than 200 battleships, and more than 700 fighter planes. In May 1942 the huge Japanese Fleet was sailing across the Pacific Ocean towards the United States.

The Commander of the United States Pacific Fleet was Admiral Nimitz. He could only summon 3 aircraft carriers, 70 battleships and 200 fighter planes, which would be no match against the huge Japanese Fleet if they were to meet head on.

Admiral Nimitz was anxious and desperate. Seeing this a serving naval officer brought him a glass of water. He waved the officer away, but he hit the glass and water was split all over his uniform. The Admiral suddenly had an inspiration. He promptly gave the officer a pat on his shoulder and said, “Thank you”, much to the officer’s surprise.

He summoned his Chief Intelligence Officer and asked him to send out a secret message to the Commander of the United States naval base at Midway Islands.

“Say that we have received their message that they are short of drinking water. We will dispatch drinking water to them immediately.”

On 4th of June 1842 Admiral Nimitz received intelligence that all the fighter planes on the Japanese Fleet left for action.

Admiral Nimitz laughed out heartily. His naval officers were surprised and asked why.

Admiral Nimitz said, “Old Yamamoto fell for our trap. He attacks our naval base at Midway Islands because he thought our base was lacking of drinking water. Now get ready for action.”

The truth was that Admiral Nimitz did not receive any message from the Midway Islands, and the naval base there was not short of drinking water. It was a strategy using “Hit Grass Startle Snake” to trick the Japanese Fleet into action so that the United States forces could attack from behind.

The United States forces at the Midway Islands naval base gave a good defence, but meanwhile Admiral Nimitz sent United States fighter planes to bomb the Japanese Fleet, which was quite helpless without their own fighter planes which had left for attacking Midway Islands. Some Japanese aircraft carriers and many battleships were sunk. This victory pathed the way for the eventual Allied success in the Second World War. 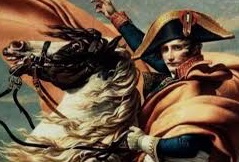