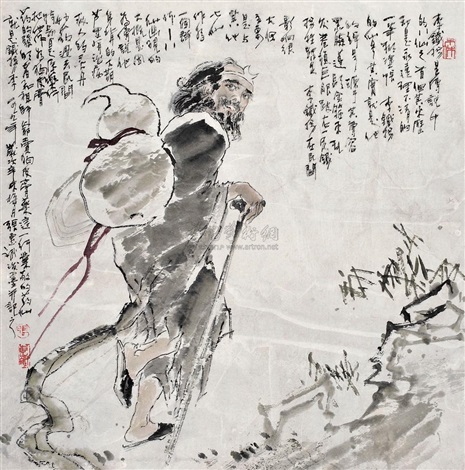 You are unable to accomplish a mission on your own. So you make use of somebody’s ability or resources to accomplish your mission.

The historical source of this strategy comes from the story of a handsome scholar, Li Xuan, who later became one of the Taoist Eight Immortals, Tie Guai Li.

Li Xuan was cultivating the Tao, and his teacher was Lao Tzu. One day he went with Lao Tzu to roam the heavens for seven days. His spirit left his physical body, which he asked a disciple to look after. He told his disciple that if he did not return to his body in seven days, the disciple could cremate the body.

But on the sixth day, a messenger arrived to tell the disciple that the disciple’s mother was dying and she would want to see him before she died.

“But I have to look after my master’s body for seven days. It’s only the sixth day,” the disciple said.

“Don’t be silly,” the messenger remonstrated. “It’s a dead body. It doesn’t matter much whether you keep it for six days or seven days. Your mother is dying. She wants to see you before she dies.”

So the disciple cremated Li Xuan’s physical body, and went to see his dying mother.

When Li Xuan came back on the seventh day, he was shocked not to find his physical body. He needed his body to come back to worldly life.

A lame beggar just died. In his desperation, Li Xuan entered the physical body of the lame beggar. Later Li Xuan became one of the famous Eight Taoist Immortals. He is depicted in the form of a lame beggar.

In the year 234 during the Period of Three Kingdoms, Zhu Ge Liang, one of the greatest of Chinese strategists, led the Shu army to attack the State of Wei. Wei was defended by a capable general, Si Ma Yi, who later unified the three kingdoms and his grandson, Si Ma Yan, established the Qin Dynasty (265-420).

The Shu army went to the battle front to ask for battle a few times, but each time Su Ma Yi refused to engage them. One day a Shu messenger came with a box.

The Wei generals thought that the box contained a message asking for battle. But when they opened the box they found the message read as follows:

“Si Ma Yi, you dare not engage us in battle. You are worse than a woman.”

The Wei generals were angry. They wanted to kill the messenger and rush out to attack the Shu army.

Si Ma Yi smiled and repeated a saying from Confucius, the great Chinese sage many centuries earlier, “If you can’t tolerate small things, you will ruin big tasks.”

Instead of killing the Shu messenger, Si Ma Yi feted him and asked about the health conditions of Zhu Ge Liang, the Shu commander.

After the Shu messenger has left, the Wei generals asked Si Ma Yi what the big task was.

“The Shu army is commanded by Zhu Ge Liang, a great strategist,” Si Ma Yi replied. “But he is now ailing. When he dies, we can attack the Shu army.”

Zhu Ge Liang soon died, but before his death he told the Shu generals what to do. The Shu army started their retreat.

When news of Zhu Ge Liang’s death reached Si Ma Yi, he ordered the Wei army to attack. As the Wei army went after the Shu army, Si Ma Yi saw from a distance a cart on a hill top with Zhu Ge Liang sitting in it. The Shu flags were flourishing in the winds, and the Shu army looked ready for battle.

Si Ma Yi had great respect for Zhu Ge Liang’s military strategies. He thought it was a trick to lure the Wei army into a trap. So Si Ma Yi ordered a retreat.

The Shu army also withdrew quickly. Only then did the army mourn for the death of their great strategist.

Later Si Ma Yi realized he missed an opportunity to destroy the Shu army. But he was glad he was cautious and lived to fight again. He told his soldiers, “Even in death, Zhu Ge Liang borrowed his own corpse to reincarnate to trick us that he was alive.”

General McArthur and and the Japanese Emperor

This strategy was well employed by General Douglas McArthur after the Second World War in Japan thought the distinguished general himself might not have heard of the strategy.

As the authority over war crime trials in the Far East, General McArthur exempted the Japanese Emperor and members of the imperial family from war crime trials. He also encouraged national reverence of the Japanese people for their Emperor. This helped Japan not only to recover quickly from the war, but became a great economic power contributing to the world’s progress.

However, in the subsequent Korean War, where General MacArthur was also the Supreme Commander of the Allied forces, due to policy difference he was dismissed by Present Truman of the United States on 10th April 1951. General McArthur wanted to send troops into North Korea, including the use of neuclear weapons, but President Truman wanted to limit the war to Korea and was concerned that entering North Korea might lead to China’s intervention. McArthur’s dismissal avoided the possibility of a third world war.

At first the people of the United States were unhappy with the dismissal, but later the world in general was satisfied as it represented the victory of civil administration over military control.

Borrowing a Failed Company to Reincarnate to Make Money

This strategy of “borrowing a corpse to reincarnate” is frequently used in business. Some examples include buying a collapsed company, mergers, using an established company’s name, entering into foreign markets, and extending life-cycles of products,

The following true story tells of how a smart entepreneur used the “corpse” of a collapsed company to “reincarnate” into a successful business.

In 1984 a 28-year old immigrant from Hungry into the United States had only 5 dollars in his pocket. But after working hard and gaining much experience he amassed some money.

He bought over a handicraft company that was on the verge of collapse. He spent a lot of time studying the running of the company, and found two problem areas, production and marketing.

Regarding production, he found that he had to raise productivity, reduce expenditure and lower production cost. He also found that many workers had lost faith in the company. He had them dismissed and raised the confidence and productivity of those who remained.

Regarding marketing, he found that salesmen had no clear directives from the company, and they market the product in whatever way they liked. He further discovered that the salesmen market the handicrafts as ordinary products, thus at low prices with little profit. It also reduced the value of the products in the eyes of customers.

The entepreneur courageously changed the manner of marketing. He gave clear directions for salesmen to follow. He raised the price of the product, guaranteed its reliability and benefits, promoted customers’ service, and improved the reputation of the company.

With these policies he changed a collapsing company into a flourishing one.

Then this entepreneur brought another company that had stopped operation. This company produced toys.

The entepreneur spend a lot of time analysing why the company failed. He found out a few reasons, and applied remedies to these failures.

He investigated and found two reasons, namely the toys were damaged during packing and during transportation. He ensured that production improved their efficiency, especially in packing. He also ensured that the product was properly transported to retailers without damage.

With these improvements, the company soon made profits, and he became a well known industrialist.

Reporters interviewed him and asked him why he chose to buy collapsed companies.

“A company failed because it made mistakes,” he replied. “If we correct the mistakes and improve the relevant processes, the company will make money. This is easier than to start a new company.”

In other words, he “borrowed” the corpse of a failed company to “reincarnate”, thus making a lot of profits. 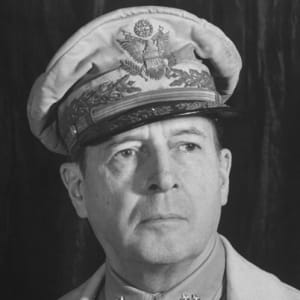