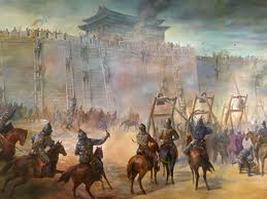 Your opponent is powerful. So you trick him to leave his power base so that you can attack him without the support of his power base.

During the Period of Warring States (475-221), Gong Zi Kuang wanted to wanted to eliminate the King of Wu and became the king himself. But the King had three sons who were formidable warriors.

A strategist taught him the strategy of “tricking a tiger to leave its mountain”.

Gong Zi Kuang found it a good strategy. He made the suggestions and the Wu King gladly agreed.

When the three princes were away on their missions, Gong Zi Kuang had the Wu King murdered and became the King instead.

Towards the end of the Later Han Dynasty (25-220), Sun Jian wanted to break away from Yuan Shu, an influential warlord at that time. After Sun Jian’s death, his son, Sun Ce, took over command of the Sun army. Sun Ce was only 16 then, but he was capable. After his early death, his younger brother, Sun Quan, succeeded him and later became the King of Wu.

About the year 192 Sun Ce wanted to take over the District of Lu Jiang. Lu Jiang was controlled by Liu Xun who had a big army, but was ambitious and arrogant. Sun Ce used the strategy of “tricking a tiger to leave its mountain.” He sent an expensive gift to Liu Sun and praise him overwhelmingly. Sun Ce mentioned that Yuan Shu’s forces were always troubling him, but as his army was small and weak, he could not do anything. So he requested Liu Xun to help.

Liu Xun had always been envious of Yuan Shu’s influence and power. So he led his big arm to attack Yuan Shu’s forces. When Liu Xun and his army were away, Sun Ce attacked Lu Jiang and took it easily.

Liu Xun realized he was tricked. In desperation he surrendered to Cao Cao, another warlord opposed to Yuan shu.

Prussia was surrounded by huge armies approaching its capital. But Frederick the Great, the Emperor of the Prussian Empire, with a relatively smaller army of 69,000 troops, was competent. He calmly analysized the situation and adopted some effective strategies.

Frederick the Great dispatched some generals to lead 40,000 Prussian troops to the south to meet the Austrians. He spent a million pieces of gold coin to bribe the commander of the larger French army not to attack. Then he led 20,000 troops against the smaller French army.

The commander of the smaller French army with 30,000 troops, which were still bigger then Frederick’s 20,000 troops, retreated to lure the Prussian army into a narrow, mountainous area where the Prussian soldiers could be ambushed. Soon the French troops reached an area surrounded by mountains where it was easy to defend but difficult to attack. The Prussian troops were trailing the French all along.

But Frederick the Great ordered his army to disperse. Seeing this, some French generals were impatient.

“The Prussians were tired,” they told their commander. “Actually we don’t even have to retreat. Our army is bigger than theirs. If we meet in open battle, we will still defeat them.”

Pressed by the generals, the French commander ordered a whole scale attack on the dispersing Prussian troops. But it was Frederick’s strategy to lure the French out of their defensive area. The French army was ambushed and routed.

In modern business, this strategy of “tricking a tiger to leave its mountain” was employed by a Taiwanese company with an interesting twist.

After much discussion amongst their board of directors, the company came up with a clever trick. It organized a competition of drawing lots and the winners were awarded attractive prices. To enter the competition, customers sent in the box containing the bottle of vitamins with their name, contact particulars, the name of the shop from where they bought the vitamins, and the month they bought it.

The company tricked the tiger, which were the retailers, to leave the mountain, which was secretly selling counterfeit goods. 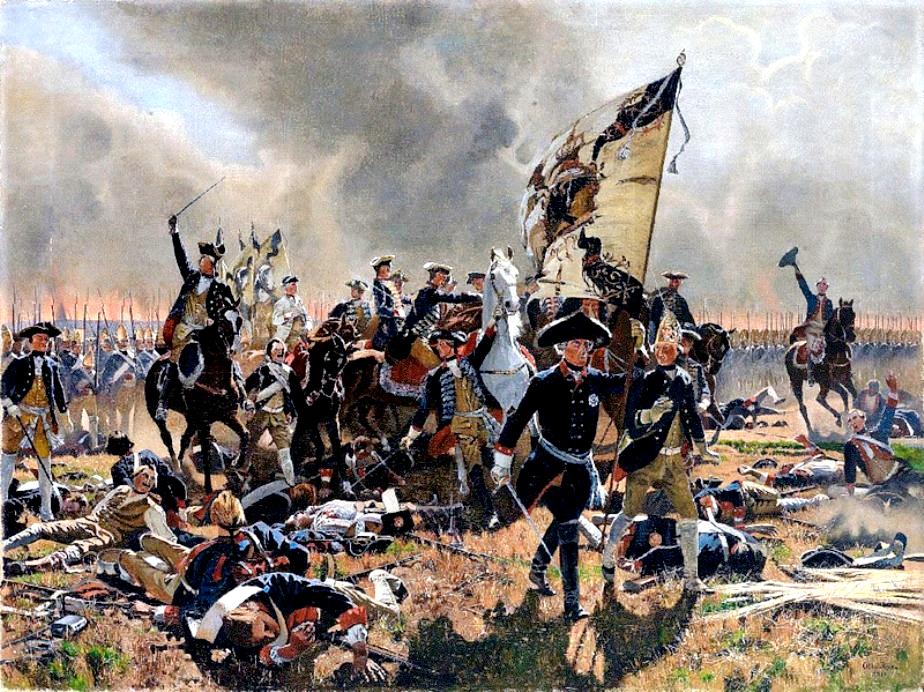