CHAPTER 16: TO CATCH SO RELEASE 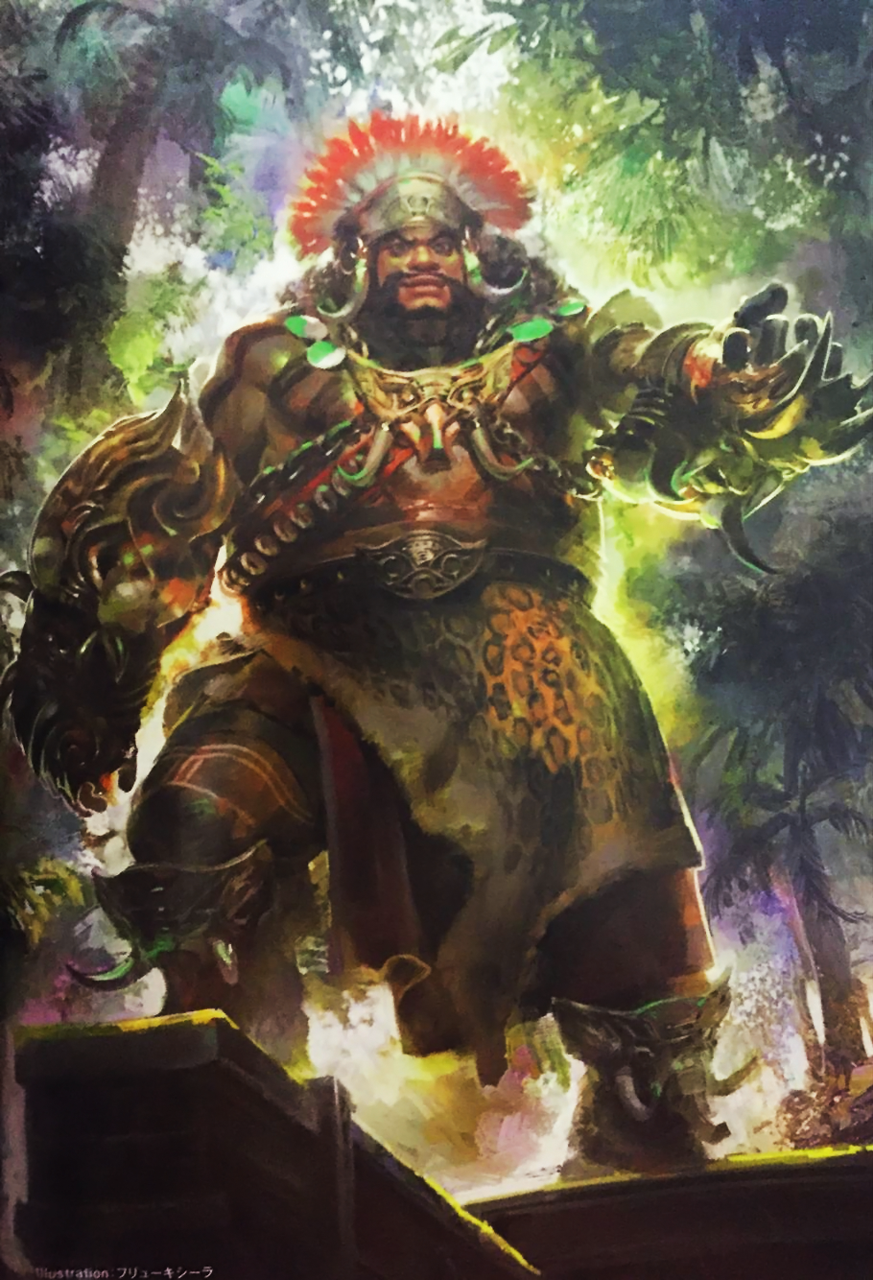 The historical source of this strategy is from an interesting story of how Zhu Ge Liang caught and then released Meng Huo during the Period of Three Kingdoms (220-280) in Chinese history. It is pertinent to know that they were many cases in the past when a released or escaped person later returned to kill the person who earlier released him.

Despite the popular Chinese saying, “one must destroy its roots when cutting grass”, Zhu Ge Liang, one of the greatest strategists in Chinese war history, captured and then released Meng Huo, a warlord in Southern China, seven times. This was because Zhu Ge Liang wanted the loyalty and service of Meng Huo.

In the year 225 Zhu Ge Liang, the Prime Minister and strategist of the State of Shu, led a huge army of 200,000 troops to conquer tribal states in south China. Zhang Ping, a Shu general battled against Mang Huo, a brave warrior. Zhang Ping pretended to lose, hotly pursued by Meng Huo. Then Meng Huo ambushed by Zhang Yi and Zhang Yik, two other Shu generals, and then was captured.

When Meng Hua was brought before Zhu Ge Liang, who asked Meng Hua whether he would surrender to the State of Shu.

“No!” Meng Huo emphasized. “You tricked me to be captured.”

“Well,” the great strategist said, “if you don’t want to surrender, I shall release you!”

“If you release me,” Meng Huo replied, “I shall organize a bigger force to fight you later.”

But Zhe Ge Liang released him and his captured soldiers.

True to his words, Meng Huo organized a bigger force with two chieftains, who were earlier released by Zhe Ge Liang, to attack the Shu army. But this attack failed miserably. Meng Huo was angry, thinking that the chieftains lost because they wanted to show their gratitude to Zhu Ge Liang who earlier spared their lives. Meng Huo had the two chieftains flogged.

The two chieftains were furious. With other soldiers who were also spared by Zhu Ge liang, they tied up Meng Huo at night and presented him to Zhu Ge Liang.

“No,” Meng Hua replied angrily. “I am captured not because of your ability, but because my own men rebelled against me.”

“Well, I shall release you again,” said Zhu Ge Liang.

A few days later, Meng Hou’s brother, Meng You and a hundred men brought a lot of gold and ivory as gifts to Zhu Ge Liang.

“My brother is very grateful to you for not killing him. He has asked me to present you these gifts. He has gone to our home at Silver Mountain to bring more gifts,” Meng Hou told Zhu Ge Liang.

Meanwhile Meng Huo prepared another attack, and thought that he could capture Zhu Ge Liang this time as the Shu army was unprepared, and he had Meng You and his soldiers fighting from behind. But Meng Huo was wrong. He was captured again for the third time.

A few days later Zhu Ge Liang crossed the Lu River and set up camp. Meng Huo grasped this opportunity and quickly attacked. Zhu Ge Liang retreated rapidly, leaving behind a lot of provisions. Meng Huo gave chase, but again it was a trick. Meng Huo’s army was ambushed from all directions.

Zhu Ge Liang first spoke to Meng You. “Your brother is a fool. I have caught him many times and released him.”

Meng You felt ashamed and begged for clemency. Zhu Ge Liang released him.

Then Zhu Ge Liang ordered Meng Huo to be beheaded. Meng Huo showed no remorse. He said to Zhu Ge Liang, “If you release me again, I shall fight you.”

Zhe Ge Liang did just that. He released Meng Huo.

While Meng Huo was planning another attack on Zhu Ge Liang, he was visited by an old friend, Yang Feng and his five sons. Meng Huo threw a feast for his old friend and followers. During the feast, Yang Feng’s sons suddenly captured Meng Huo and Meng You.

Meng Huo was surprised, and said, “We are friends. Why do you do this?”

“We joined your army some time ago but were captured by Zhu Ge Liang,” Yang Feng replied. “Zhu Ge Liang generously spared our lives and released us. We are grateful. But you are ungrateful. We capture you to present you to Zhu Ge Liang to show our gratitude.”

Meng Huo returned to his home base on Silver Mountain. He launched attacks on Zhu Ge Liang’s camp a few times but failed. Eventually Zhe Ge Liang’s troops ransacked the Silver Mountain and drove Meng Huo and his family out.

“I have captured you six times. Are you going to surrender?” Zhu Ge Liang asked.

“You didn’t capture me. I turned myself in this time,” Meng Huo replied.

“How many times must I capture you that you will surrender?”

“Seven times. If you catch me again the seventh time, I will pledge my loyalty to you and will never betray you.”

After his release, Meng Huo asked for help from the chieftain of Horse-Spear Gorge. The chieftain lent him 30,000 men. The soldiers wore a special armour made of cane soaked in oil and dried a few times. Spear and sabres could not harm the soldiers in such armour.

When Zhu Ge Liang heard of this, he ordered the Shu soldiers to use fire torches instead to burn the enemy soldiers. Again Meng Huo was captured.

A messenger came in and said, “Our Prime Minister finds it embarrassing to ask you again to surrender. He asks me to release all of you, so that you can go back to organize another army to fight him.”

This time Meng Huo wept aloud, “Your Prime Minister has caught me and released me seven times. If I do not appreciate this kindness, which has never happened before in history, I would be shameless.” So he led his men to surrender to Zhu Ge Liang.

Meng Huo kept his promise. He demonstrated his loyalty and proved to be a capable officer in the Shu army.

When Han Ping Di became an emperor of the Han Dynasty about the first year of the Common Era, he was only about 10 years old. The administration of the country fell on Wang Mang, the Prime Minister.

A lot of ministers then presented their daughters for the Emperor. Wang Mang wanted his own daughter to be married to the Emperor, but to push through the plan would appear aggressive. So he schemed a strategy of “To Catch So Release”.

He announced that the Emperor’s mother would chose her daughter-in-law, but Wang Mang’s own daughter would not take part in the selection. Meanwhile he secretly asked his loyal followers to make a protest in court that it would be unfair if Wang Mang’s daughter was not included in the selection, especially when she was beautiful. The protest drew a lot of support, especially amongst those who wanted to gain favour from Wang Mang.

This strategy of “To Catch So Release” was skilfully employed by British Intelligence Service before the First World War (1914-1919) against German spies.

Just before the War, British Intelligence discovered that a particular hair-dressing saloon was a centre used by German spies. Many intelligence officers suggested closing on the saloon and arrested the staff.

He allotted special officers to monitor the saloon, intercept its letters, note their contents, and sometimes feed enemy spies false information. Just before the First World War they closed on the saloon, arrested German spies and almost crippled the German espionage network in Britain.

To Sell So Give

In the modern day business world a Japanese cigarette company has used this strategy of “To Capture So Release” to secure a top place in the sales of cigarettes in the whole world. An interesting point of this strategy was that initially the company had to lose money.

Firstly, the company established agents in various towns and cities in the world. Then it sent a monthly gift packet of cigarettes to politicians, writers, artists and lawyers with a questionnaire for survey. After some time the company stopped sending the gift packages.

As the smokers had been addicted to the cigarettes, they had to purchase them from the agents. As they were also influential in society, many other people also bought this brand of cigarettes. In time the sales of the cigarettes became one of the top in the world. 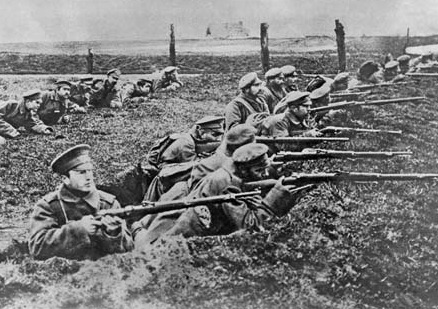