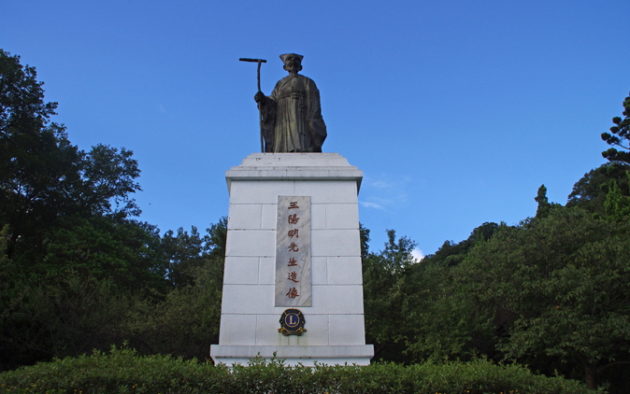 What would you do if your enemy is pursuing you closely, and you want to distract him to escape? You can use the strategy of “Golden Cicada Sheds Shell”. Leave behind something which your enemy mistakes as you. When your enemy is busy attacking you shell, you can safely escape.

This strategy “Golden Cicada Sheds Shell” came from the famous Chinese classics, “Journey to the West”.

Monkey God and Pig God were chasing after a tiger spirit. The tiger spirit ran everywhere but the two divine disciples of the famous Tang monk, San Zhang, were in hot pursue.

In his desperation the tiger spirit saw a huge stone. He had a brilliant strategy. He took of his coat, said a mantra and changed the coat to look like a tiger’s skin. Then he covered the stone with his coat which gave an impression that a tiger was crouching there.

Then Monkey God and Pig God arrived. They saw the stone that looked like a crouching tiger.

“Ah! There you are,” Monkey God exclaimed with delight. He struck the stone with his cudgel. Pig God then used his rake to rip off the tiger skin. They found it was just a stone. The tiger spirit had escaped.

Shedding his Shell to Escape

During the reign of Emperor Zheng De (1505–1521) of the Ming Dynasty, the imperial court was dominated by ministers who were concerned of their own interest.

A loyal minister, Wang Shou Ren, attempted to make some recommendations for the interest of the people. Corrupt officials ostracized him, and he was exiled to the frontiers.

While he was on his way to his exile, corrupt officials sent assassins to kill him. His loyal servants heard the news and told him.

Wang Shou Ren said, “These officials would not stoop so low.” But in his heart he knew what his servants told him was true.

That night his servants found him missing in his room. Instead they found a note which read as follows:

The servants thought that Wang Shou Ren went to a stream to commit suicide. So they rushed to the stream. True enough, they found his hat and clothing floating in the stream.

This was a plan for Wang Shou Ren to shed his shell to escape. He lived incognito in the woods.

A similar strategy was used in modern time to escape.

In 1927 Chiang Kai Shek claimed down on the Chinese Communist Party. Chen Yun was organising farmers’ movements in the country against the Nationalistic government of China at that time.

Chen Yun and the two party members came to a restaurant. He had a plan to escape.

They went into the restaurant and feted themselves with fine wine and delicious food. Soon the two secret police officers came in and sat opposite their table.

“Hai!” Chen Yun called to the officers as if they were long-lost friends. “Come and join us at this table.”

The two secret police officers thought Chen Yun had mistaken them to be his old friends. Now sitting at the same table, Chen Yun could not escape. Before the arrest, they could also gather some information from him.

Chen Yun began to talk about everything except politics and military affairs. He and the two other party members seemed to be quite drunk. Meanwhile Chen Yun gave an eye signal to the two party members to escape, without the knowledge of the secret police officers. The two party members went out on the pretext of going to the toilet.

After some time the two party members still had not come back. “They have the same old, bad habits,” Chen Yun complained as if he was already drunk. “I’ll fetch them back immediately. Please look after our belongs as I go out for a moment.”

Without waiting for a reply for the secret police officers, Chen Yun left immediately.

Escaping from a Demanding Mistress

The wealthy man became her victim, and carried his worries to his office. His company advisor asked him what the matter was, and he confessed his secrets to the advisor.

“I can help you solve this problem,” the advisor said, and told the wealthy man what to do.

The next day the wealthy man appeared at the mistress’ apartment with his face swollen and his eyes blue-black. This mistress had a fright.

The wealthy man told his mistress what had happened. “I foolishly gambled and lost my company. Then I borrowed 100,000 dollars from an underground money lender. But I could not repay the loan, not even the high interest. So they beat me up.”

The young mistress was shocked.

“The underground money lender gave me three days to repay the loan. If not, they would break my arm or my leg. Please try your best to raise 50,000. At least I can give them some money, and save my arm or leg.”

The mistress promised to do her best, and asked the wealthy man to return the next morning.

Early next morning the wealthy man went to his mistress’ apartment but found it empty. He asked around and discovered that she had returned to her hometown the night before.

The wealthy man was very happy. He rubbed off the make-up on his face, and called the advisor for breakfast. 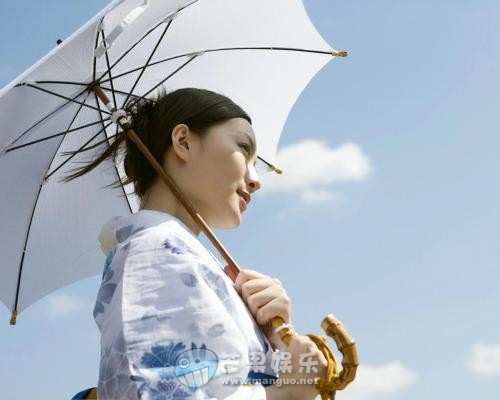