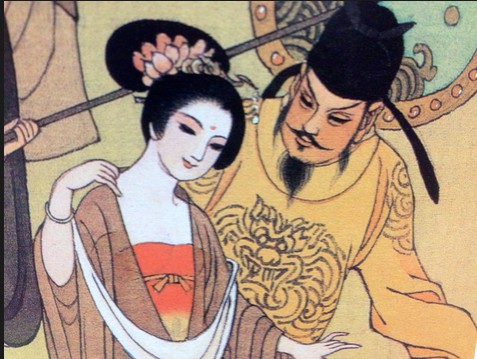 Instead of attacking somebody, which may cause opposition from other people or even from your own people, create an excuse or a suitable reason to justify your attack so that there will be no possible opposition.

The King of Yu had a weakness. He was greedy for treasures.

A Jin minister, Xun Xi, thought of a plan for the Jin King. “My Lord,” he said, “Choose two of your most precious treasures and present them to the Yu King as a gift.”

The Jin King was hesitant. “It’s only for safe-keeping,” the minister said. “Later when you have conquered Yu, you can take back your treasures.”

The Yu King was advised to be aware of Jin and not to neglect Guo. “It is silly to side a weak state and offend a strong one,” the Yu King said.

The State of Guo was attacked by the Jin Army. The Guo King sent messages to the Yu King for help, but the Yu King ignored them.

The Jin King with his followers rode to the Yu palace. The Yu King came forward to meet the Jin King. The Jin King suggested that they went hunting.

While out hunting, the Jin Army attacked the Yu capital and captured it. The Yu King was also captured. Jin annexed both Yu and Guo.

The Tang Dynasty (618-907) reached its golden age during the reign of Tang Ming Huang (712-756). Indeed, the Tang Dynasty was so glorious that many Chinese today, especially those living outside of mainland China, regard themselves as Tang ren, or the people of Tang. In mainland China, the Chinese people regard themselves as Han ren, or the people of the Han Dynasty (206 BCE to 220 CE).

Tang Ming Huang’s favorite concubine was Yang Gui Fei, one of the four great beauties of China. Many other states paid tributes to the Tang Dynasty. One of these gifts was in the person of An Le Shan. According to an interesting legend, the truth of which has not been verified, An Le Shan could transform himself into a little boy. This little boy, who could talk about culture and politics, heaven and earth, was the favorite of Tang Ming Huang and Yang Gui Fei.

An Le Shan returned to his homeland and later started a rebellion against the Tang Dynasty, perhaps wanting to make the beautiful Yang Gui Fei his wife. But An Le Shan needed an excuse for his rebellion. He had to “borrow a passage to attack Guo”. This rebellion is known in Chinese history as the An-Shi Rebellion.

Through the scheming of Yang Gui Fei, her cousin, Yang Gou Zhong, was made the Prime Minister of the Tang Dynasty, but he was very unpopular. So An Le Shan used Yang Guo Zhong as the “passage” to attack “Guo”, the Tang Dynasty.

Initially the rebel army under An Le Shan was very successful. The rebel army entered the Tang capital, Chang An, forcing the Emperor to flee. The Tang soldiers were unwilling to fight unless Yang Gui Fei and Yang Guo Zhong, whom the soldiers considered the cause of the fighting, were killed. Unlike many monarchs in history who loved beauties more than their being the monarch, Tang Ming Huang loved being the Emperor more. So Yang Gui Fei and Yang Gou Zhong were killed by the Tang soldiers.

Here is another interesting legend, again the truth of which is unknown. Even in her death Yang Gui Fei was very beautiful. Some soldiers made love to her and had leprosy as a result. According to this legend, that was how leprosy started.

The Tang army under the capable command of General Guo Zi Yi pushed back the rebels. Tang Ming Huang’s son, Tang Su Zong succeeded as the next Emperor.

Partitions of the Polish-Lithuanian Commonwealth

Towards the end of the 18th century, Tsar Russia effectively applied this strategy of “borrowing a passage to attack Guo” to occupy much of the Polish-Lithuanian Commonwealth.

In the 18th century Russian and Sweden were powerful states, and often fought for dominance in North Europe. Poland and Lithunia were caught in between, and many Russo-Swedish wars were fought on Polish-Lithuanian ground.

To tilt the balance of power, Russia invited Poland to form an alliance against Sweden. Russia promised to return to Poland all Polish land held by Sweden if Russia won in the Russo-Swedish war.

In 1721 Sweden was defeated by Russia, but the Russian Tsar reneged on its promise. Not only he did not return to Polish King Polish land previously annexed by Sweden, he had the Polish King agreed to allow Russian forces to remain in Poland.

Towards the end of the 18th century, Russia, Austria and Prussia formed an alliance and progressively began the partitions of the Polish-Lithuanian Commonwealth. Eventually the Polish-Lithuanian Commonwealth, which in the 16th and 17th centuries was one of the largest state in Europe with an area of 1.2 million square kilometers and a multi-ethnic population of 11 million, effectively ceased to exist. Tsar Russian occupied more than 60% of the Commonwealth’s land.

Using the Strategy to Eliminate Other Competitors

A person wanted to sell his house. He placed an advertisement to sell the house to the highest bidder. The calling price was $200,000.

“I‘m sorry,” the prospective buyer said, “my wife does not like the house, so I ‘ve changed my mind.”

The seller was now in a quandary because he had dismissed the other three bidders. Eventually he had to sell his house to Bidder D for $200,000. 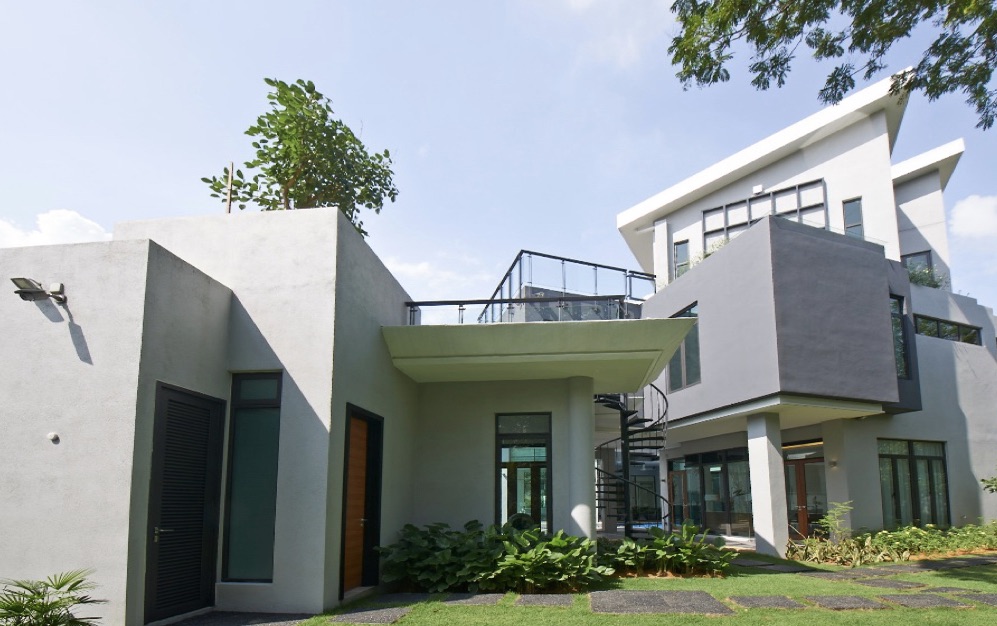 A bungalow, picture taken from https://voiz.asia/en/32489