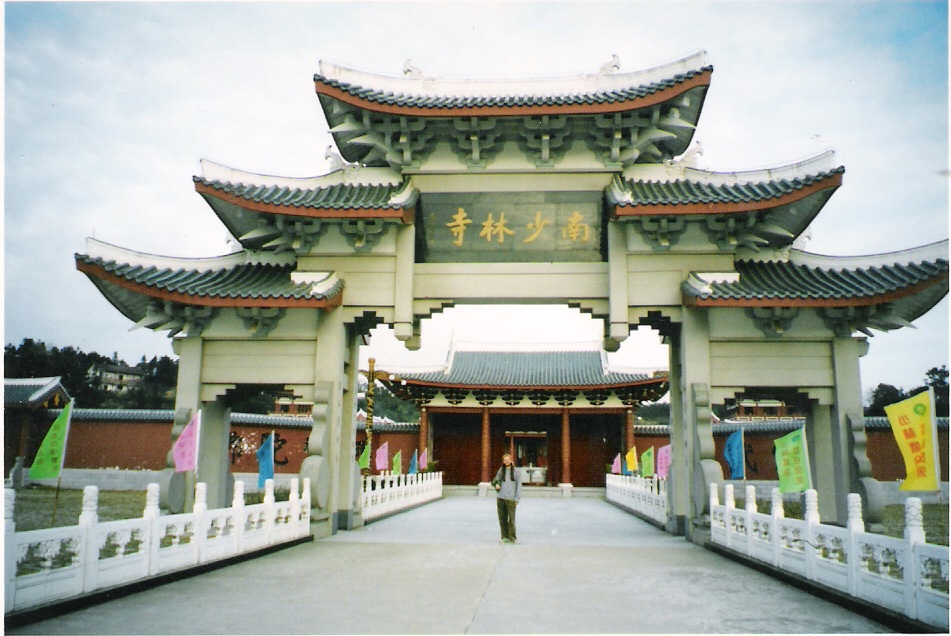 If somebody who is capable or something that is crucial is obstructing your plan in accomplishing your mission, you have first to remove this person or thing without revealing your plan or mission. This is the strategy of “Steal Beam Change Pillar”.

Shih Huang Ti, the Emperor of Qin Dynasty (221-206 BCE), degreed that his elder son, Fu Su, should succeed him. When he died during an inspection tour of his empire, the Qin Emperor was accompanied by Li Si, the Prime Minister, and Zhao Gao, an important minister.

Zhao Gao was in favour of the Emperor’s younger son, Hu Hai, to become the next emperor. At first Li Si was reluctant, but Zhao Gao persuaded him that if Fu Su became emperor and Fu Su’s favourite general, Meng Tian, became influential, Li Si’s premiership would be at risk. Li Si agreed to the scheme.

Emperor Yong Zheng and the Burning of the Shaolin Monasteries

There was another application of the strategy, “Steal Beam Change Pillar”, to change an emperor more than 18 centuries later during the Qing Dynasty (1644-1911)

Emperor Kang Xi ruled the Qing Dynasty for 61 years from 1661 to 1672, making him the longest reigning emperor in Chinese history. At first he appointed his second son Yin Reng, as the crown prince. But Yin Reng was a disappointment, and in 1712 he even attempted to force his father to abdicate. Kang Xi disposed him as the crown prince and declared that he would write the name of his successor in a secret will and hid it in the palace, to be read only after his death.

With this acnouncement there was fierce competition amongst the princes for the succession. It was believed that the most likely candidate was the 14th prince, Yin Ti.

According to a popular legend, the 4th prince, Yin Zheng, enlisted eight top kungfu masters of the time, collectively known as “Jiang Nan Ba Xia” or “Eight Kungfu Knights South of the Yangtze River” to find the secret will hidden in the palace.

They found it and true enough the will stated that the 14th prince was to be the next emperor. Secretly Yin Zheng had the will changed from “transfer the throne to the fourteenth son” to “transfer the throne to the fourth son”. In Chinese the will could be changed by adding just one stroke to one word. In Chinese characters, word-by-word, the change was from “transfer-throne-ten-fourth-son” to “transfer-throne-to-fourth-son”.

Longkodo was disgraced and executed, charged with a list of serious crimes. Nain Geng Yu was progressively demoted from a Commander-in-Chief to a gate-keeper, and eventually forced by imperial decree to drink poison to commit suicide, which was considered a compassionate way of killing him instead of having him beheaded.

About 14 years after ascending the throne, Emperor Yong Zheng was assassinated by Lu Si Niang, an expert swordswoman, who fought single-handedly into the palace to kill the emperor to avenge the death of the “Eight Kungfu Knights South of Yangtze River” as well as the burning of the two southern Shaolin Monasteries at Quanzhou and on Nine-Lotus Mountain, both in Fujian Province. Emperor Yong Zhang constantly wore a chain-armour that nether sabre nor spear could penetrate, but Lu Si Niang killed him by piercing though his throat with her sword.

Before he became Emperor Yong Zheng, the prince infiltrated into the Shaolin Monastery at Quanzhou as a monk. He was appalled at the high level of kungfu at this Shaolin Monastery, where many of the kungfu experts were descendants of the previous Ming Dynasty, and were thinking of overthrowing the Qing to restore the Ming.

When he became Emperor Yong Zheng, he ordered the Qing army, with the help of Lama experts with their notorious flying gullotines, razed the Shaolin Monastery at Quanzhou to the ground.

One of the top Shaolin monks, the Venerable Zhi Shan, or Chee Seen in Cantonese pronounciation, escaped. Chee Seen is now honoured as the First Patriarch of Southern Shaolin Kungfu where Cantonese is widely spoken, built another secret southern Shaolin Monastery on the Nine-Lotus Mountain with the aim to overthrow the Qing.

When Emperor Yong Zheng knew of this secretive monastery, he again ordered the Qing Army led by the Military Commander of the two southern provinces of Kuangdong and Kuangxi, Gao Jin Zhong, and his kungfu master, Bai Mei, or Pak Mei in Cantonese, to raze the monastery to the ground. Pak Mei was a classmate of Chee Seen, but later he helped the Qing.

It was rumoured that Lu Si Niang became a num after assassinating Emperor Yong Zheng. She took the name Wu Mei, or Ng Mooi in Cantonese, the most senior of the Five Shaolin Grandmasters.

Battle of Sinop 1853 and the Crimean War

The Battle of Sinop in 1853 in the Black Sea was important for a few reasons.

It was the first time the Russian navy successfully employed shell-firing cannons, thus ending the era of sailing ships in combat. Before this, many war experts disparaged the new weapons and considered the bigger ships to carry them as not practical in naval warfare.

The Battle of Sinop was amongst the earliest battles of the Crimean War (1853-1856) between an alliance of Britain, France and Ottoman Empire against Tsar Russia. It was a war where nobody, including the winner, benefitted from the Treaty of Paris which ended the war. It was regarded by many people as an iconic symbol of logistical and tactical failure and mismanagement. A happy outcome, however, was that Florence Nightingale initiated modern nursing.

The Battle of Sinop was also employed by the hawks in Britain and France to enter the Crimean War. Earlier Britain and France assured Russia that they would not join in the conflict if Russia kept a defensive war. But when the Russian navy destroyed the Ottoman fleet stationed at the harbour, many of the Ottoman ships were of a lower class than those of Russian ships, British and French hawks used this as a reason, or an excuse, to join in the conflict.

The Crimean War started in July 1853, when Tsar Russia annexed Ottoman territories along the Danube. Osman Pasha, the Ottoman Admiral, commanded a fleet carrying supplies to Sinap in the Black Sea, and stationed his ships at the harbor.

Pavel Nakhimov, the Russian Admiral, ordered a naval blockade. Probably believing that everything was fair in love and war, he ordered a Russian attack on the Ottoman fleet stationed at the harhour . The Ottoman fleet was completely destroyed, and this victory was greatly celebrated in Russia.

Attempting to Make Love to His Own Wife

There was a modern application of this strategy, “Steal Beam Change Pillar”, to solve an important problem in personal life.

A rich landlord was going to give his maid in marriage to another servant. He was bewitched by the beauty of his maid. So he had a plan to make love to the maid the night before the marriage. However, the landlady heard about the scheme.

On the eve of the wedding, the landlord had a secret rendevour with the maid at a dark place. First he serenated to the maid, saying how much he loved her. Then he gave a diamond bracelet to the maid, and attempt to make love to her.

The frightened maid screamed. Suddenly some servants brought out torches. To the horror of the landlord, the woman he tried to make love to was actually his wife, the landlady, who disguised herself as the maid. 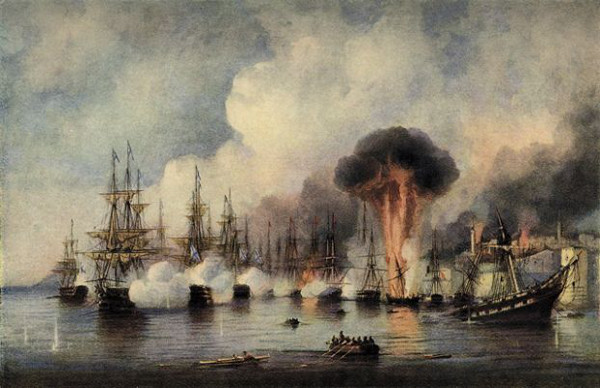