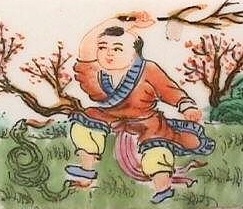 In this strategy, instead of reprimanding a culprit whom you may not want to offend, you reprimand a lesser person or a topic, but the allusion is so clear that the culprit knows the reprimand is meant for him, yet he cannot take offence.

Yiu Meng was an imperial actor during the reign of Chu Zhuang Huang in the State of Chu during the Period of Warring States (475-221 BCE). He was much admired by the Chu King.

The Chu King said, “My prime minister, Sun Shu Ao, was a capable and honourable man. If you had his abilities, I would make you a minister.”

Instead of kneeling down to thank the King, which was an expected gesture, Yiu Meng stood his ground and said, “What’s so great about being a prime minister. His son is now selling firewood at the market.”

The King was surprised and enquired about Sun Shu Ao’s son. Then he ordered the son to the palace, and gave him land and money.

The Court Jester, Guo She Ren, of Han Wu Ti

Guo She Ren was a court jester of Han Wu Ti, the famous Emperor who ruled from 140 to 67 BCE, and greatly extended the territory of the Han Dynasty (206 BCE to 220 CE). Guo She Ren’s job was to act clownishly to make the emperor happy.

When Han Wu ti was small, he was raised by a milk-mother. Although Han Wu Ti had grown up, his milk-mother often went to the palace to see him, and the Emperor always treated her very respectfully, bestowing upon her much gold and silver.

The servants in the household of the milk-mother became arrogant. They sometimes stopped people on the streets to create trouble. The unruly behaviour of the servants was reported to officials in the capital, which came to the knowledge of the Emperor.

The Emperor summoned his ministers to come up with a plan. The ministers suggested sending the milk-mother with her household servants to live far away. The Emperor adopted the plan.

News of the plan reached the milk-mother. So she consulted the court jester. Guo She Ren told the milk-mother that when she bid farewell to the Emperor, she acted emotionally, and kept looking back at the Emperor as she left the palace.

On the day of departure, the milk-mother went to see the Emperor to bade him farewell. She was highly sentimental, and as she left the Emperor she kept looking back at him and started sobbing.

Guo She Ren was besides the Emperor. He loudly scolded the milk-mother. “Why are you so emotional and sobbing. Do you think that the Emperor is still a small child and needs your milk to survive?”

Han Wu Ti was deeply touched. He knew that the court jester was actually scolding him. He rescinded his previous order, asked the milk-mother to remain in the capital, but discipline her household servants, which she did.

President Roosevelt and the Atomic Bomb

The personal advisor of President Franklin Delano Roosevelt arranged a meeting between the president and scientists to discuss plans to build atomic bombs. But the president was cold to the idea.

“You shouldn’t be spending your time walking in and out with the scientists,” the president told his personal advisor.

Later President Roosevelt felt that he might have been too harsh with his personal advisor. So to smooth things out, he invited the advisor to have breakfast with him.

The personal advisor grabbed this opportunity to convince the president. The advisor spent much time walking up and down his garden to think of a strategy.

At breakfast, the president said, “I’m sorry I might be too harsh on you the other day. Let’s not talk about the atomic bomb. Let’s talk about other things.”

“Napolean was a great military strategist on land,” the advisor continued, “But he was not so good on water. One morning an American came to see him and suggested to him to use iron instead of wood to make his ships of war.“

“Napolean was shocked and angry,” the advisor went on. “He chased the American away. Had Napolean listened to the American, history might be written differently.”

“You’re right,” the president said. “Please arrange a meeting with the scientists.”

How to Get the Boss for a Pay Rise

An executive and some other workers for a large company were promised a salary rise after two years when they first reported for work. But after two years the boss did not raise their salary although the company was making much profit.

The executive had a plan. He and some colleagues invited the boss to a karaoke. They enjoyed themselves very much.

After a few drinks, when the executive appeared drunk, he suddenly started to cry.

“Why is the washing basin so expensive?” the puzzled boss asked.

“Oh, it’s a special washing basin. It runs on electricity.”

Other company workers started complaining about their salary not being sufficient to meet their expenses.

“Stop complaining,” the executive suddenly shouted at the other workers. “You must be like our boss,” he started scolding them. “Look at our boss. He is intelligent and hard-working. He earns enough money for his expenses.”

The boss went back and asked his accountant to give a pay rise to his workers. 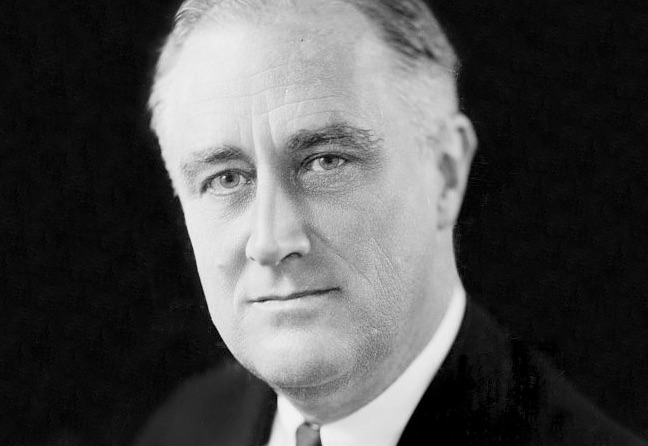