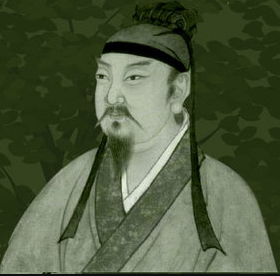 If an enemy who is powerful wants to eliminate you, you can escape his attack by pretending to be insignificant so that he thinks you are not worth his effort.

The historical source of this strategy, “Fake Madness Not Insane”, came from Sun Bin, a descendant of Sun Wu, reputed to be the author of the Art of War.

During the Period of Warring States (475-221 BCE), the King of Wei heard of the ability of Sun Bin. He asked Pang Juan, who was Sun Bin’s classmate, to invite Sun Bin to the State of Wei to serve him.

But Bang Juan was envious of Sun Bin’s abilities. He bad-mouthed Sun Bin to the King, who punished Sun Bin severely by taking out his knee caps, making Sun Bin crippled.

Pang Juan pretended to be sympathetic, and provided shelter and food for Sun Bin. His ultimate motive was to obtain the teachings of the Art of War from him.

Sun Bin dictated to Pang Juan the teachings of the Art of War, and Pang Juan had the teachings written on bamboo stripes. Pang Juan’s boy-servant, whose job was to serve Sun Bin, could not tolerate Pang Juan’s hipocracy. So he told Sun Bin the truth.

Sun Bin knew that Pang Juan would kill him after he had dictated the Art of War. So he pretended to have gone made. He cried and laugh loudly for no reasons.

At first Pang Juan suspected that it might be Sun Bin’s trick. To test him, Pang Juan locked Sun Bin in a latrine. Sun Bin grabbed some feces and started eating. Pang Juan then though Sun Bin had really gone mad, and released him.

Warming Liquor to Talk of Heroes

At the beginning of the Period of three Kingdoms (220-280) Cao Cao, a formidable warlord who later became the Lord of Wei, paid a visit to Liu Bei, who at that time had not establish his State of Shu.

Liu Bei was warming some liquor for both to enjoy while chatting about current affairs. Cao Cao asked Liu Bei, who was also known as Liu Yun De, “Brother Yun De, you are well verse in current affairs, and have wide experience. Whom do you regard as the hero of today?”

Liu Bei was taken back. He thought for awhile, then said, “Yun Shu has a huge army and a lot of food supply. He should be the hero of today.”

Cao Cao smiled and answered, “He is like a dried skeleton in a grave. He’s not worth mentioning.”.

Liu Bei then said, “Yun Shao of Yi Zhou could be a hero.”

Cao Cao answered, “He looks strong outside, but is weak inside. He thinks doing great things is risky. He only craves for small success and even forgets his life. How can a person like that be considered a hero?”

Liu Bei asked, “How about Liu Biao of Jin Zhou?”

“He just has an empty reputation,” Cao Cao replied.

“How about Sun Ce of Jiang Dong?”

Liu Bei then said, “What do you think of Liu Zhang of Yi Zhou, Zhang Lu of Han Zong, Han Sui of Xi Liang?”

“These are insignificant people. They don’t deserve to be on you lips,” Cao Cao replied.

Liu Bei shook his head. “Apart from these people, I don’t know who could be considered a hero of today.”

Cao Cao turned his sharp eyes on Liu Bei and said in a loud, clear voice. “To be a hero, the person must have great ambitions in his chest, and many strategies in his stomach.” He then pointed to Liu Bei and then himself, and continued, “To be considered heroes of today are only you and me!”

Cao Cao said to himself, “He is also a coward.”

Liu Bei’s strategy of “Fake Madness Not Insane” could have saved his own life as there were many subsequent events where Cao Cao could have killed him had Cao Cao considered him a threat.

The Wit of Napolean

After Napolean’s great victory over the Italians in 1797, his reputation rose meteorically amongst high societies in Paris. Many women adored him, but Napolean was not interested.

In a high society party a beautiful lady with a flower in her hand approached Napolean. There was no way Napolean could escape. The beautiful lady was about to present the flower to him when Napolean said, “Such a beautiful flower. It should be presented to the Goddess of the Fine Arts.”

The lady was taken back, but she asked, “General, who is the woman you like most?”

“That’s too simple.” The lady didn’t seem to be happy with Napolean’s answer. She then asked another question. “Which woman you would pay attention to?”

“One who is good at managing the family.”

“That I can expect,” the beautiful lady managed to say something. Then she continued, “Whom you would consider the heroine of women?”

“One who can deliver children,” Napolean answered.

The lady was stuck. Reluctantly she walked away.

Napolean did not like to answer such questions but at the same time he did want to offend these high society ladies. He not only showed his wit but also demonstrate a strategy we can learn from.

To impress the buyers, the sellers presented an impressive video show of their aircrafts in all aspects. After the show which lasted almost an hour, a seller asked confidently, “Well, what do you think of the show”, thinking that the reply would be along the line of “wonderful, it shows every aspect of the aircrafts we want to buy”.

To the utter surprise of the sellers, one of the three buyers’ representatives said, “I’m sorry I don’t understand what you want to show us.”

The seller was aghast. He turned to another buyer. “Well, what do you think of the show?”

“I, too, don’t understand what the show is about.”

All the sellers were flabbergasted. One of the sellers politely asked, “Perhaps if you can tell us what you don’t understand, we can explain.”

The third buyer answered, “Actually from the start of the show to its end, we don’t understand anything!”

All the sellers did not know what to say. They also could not believe that the buyers were of such low intelligence. But the buyers just sat there, apparently with their blank faces.

After awhile, one of the sellers said, “Are there any questions you would like to ask us?”

“We just want to know the price of each aircraft,” the first buyer said.

“We also want to know what kind of warranty you will provide us,” said the second buyer.

Then the third buyer added, “Please tell us what other services you will provide.”

The negotiation then started. Eventually the buyers had a favourable contract. 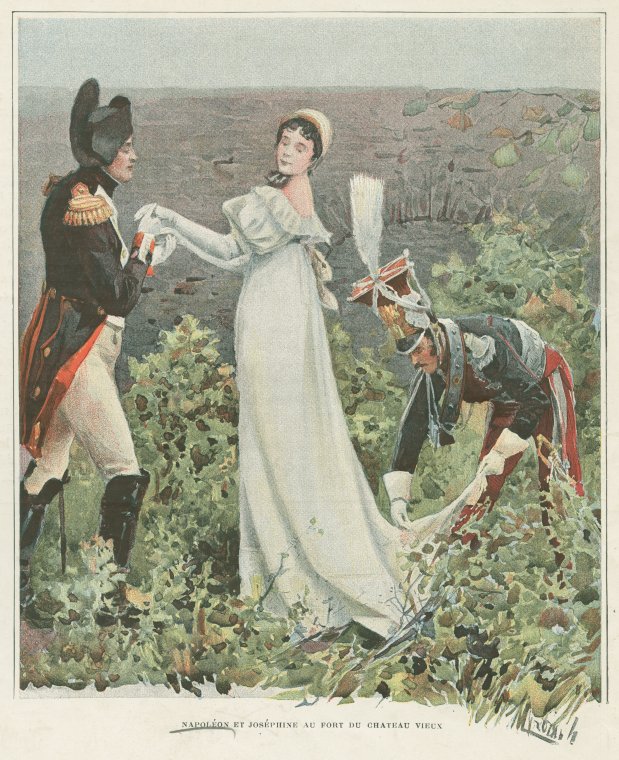 Napolean and a beautiful woman, picture taken from https://shannonselin.com/2019/03/napoleon-view-women/