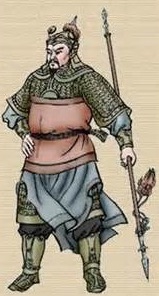 In this strategy you trick your opponent into a situation where he cannot escape.

Tian Dan was initially a minor official of the State of Qi during the Period of Warring States (475-221 BCE). When the Yan army attacked Qi, Tain Dan led people of Qi to escape to Mo Cheng.

As the general defending Mo Cheng against the Yan attack was killed in battle, and finding Tian Dan with good strategies for warfare, the people asked him to become their general to defend against the Yan army.

Tian Dan thought of a strategy to unit the people of Mo Cheng. He asked them to have their meals in open space within their house. When birds flew by, they flew down to scavenger food on the table. Tian Dan said this was a message from heaven asking the people to be united against the Yan attack.

Next Tian Dan secretly spread rumours to the Yan army that the people of Mo Cheng were afraid to be caught prisoners because the Yan soldiers would cut off their nose. When the Yan general heard this, he ordered the nose of prisoners taken from Mo Cheng to be cut off, and hanged their noses in front of the city wall.

But when the people of Mo Cheng saw this, they became angry and were more determined to defend their city. Tian Dan encouraged them to be united in their defence.

The Yan soldiers were caught by total surprised. They were unprepared and were routed.

Using Banquet to Gain Control of the Army

When Zhao Kuang Yin became the first Emperor of the Song Dynasty (960-1279) as Song Tai Zu, he was worried that his generals who controlled large armies might in future rebel against him. But unlike earlier emperors who eliminated the generals who helped them to the throne, Zhao Kuang Yin was grateful to his generals for helping him to become an emperor, and he did not want to harm them. He thought of an excellent strategy, “Ascend Roof Remove Ladder”.

Song Tai Zu threw a banquet and invited all his generals. During the banquet he appeared very sad, and said, “All of you are very happy now, but I am sad.”

The generals were puzzled. They said, “Your Majesty, now the whole empire is peaceful, and you are our emperor. What is there to be sad about?”

Song Tai Zu replied, “I know all of you are loyal to me. But your soldiers may not. One day they may force you to rebel against me.”

The generals were shocked. After some time they said, “Your Majesty, what would you want us to do to demonstrate our loyalty?”

The Emperor said, “Now our empire is peaceful, and everyone is happy. If you retire now you will not give any chance for your soldiers to stage any rebellion in future. I shall give you a lot of land and money for your retirement.”

The generals knew that they were forced up the roof and now the ladder was taken away from them. They also knew that many past emperors killed their generals who loyally fought for them. It was certainly better to retire with a lot of land and money than to be killed. Song Tai Zu’s proposal was a win-win policy.

So, without losing a single soldier, Song Tai Zu was able to consolidate his empire, without fear of future rebellions. This strategy was sometimes referred to as “Using banguet to gain control of the army”.

Using Language to Test a Spy

Towards the end of the Second World War (1939-1945) when the Allied forces were entering Belgium, they caught a suspect to be a German spy. The suspect was interrogated by a Dutch military officer who was a counter-epionage expert.

The common language used in Belgium was French The expert asked the suspect to count beans. The suspect counted in French excellently. So the first test was unsuccessful.

In the second test, when the suspect was sound asleep, the expert asked someone to cry out in German that the house was on fire. It brought no response from the suspect. But when the person used French, the suspect quickly jumped out of his bed. The second test was also a failure.

The next day the expert told his assistant in German that the suspect would be executed. But it brought no response from the suspect.

The expert decided to test the suspect one more time, and if it was unsuccessful again he would release the suspect. The suspect was brought into the interrogation room.

As the suspect entered the room, the expert causially said in German, “Good. Everything is clear now. I’m going to release you. You are now a free man.”

The suspect released a mild smile. He was about to leave the room, when he suddenly realized he made a fatal mistake. But it was too late.

Using the Strategy in Modern Business

Forcing an opponent up the roof, then taking away the ladder so that the opponent cannot come down, is often used in modern business.

The chief executive officer and some directors of a construction company visited a factory producing marbles in a country-side. The factory owner, in his rural ways, showed the visiting team around his factory, and answered all the questions they asked.

The marbles produced by the factory were of a high quality, comparable to imported marbles the construction company previously paid for at a higher price. The chief executive officer placed an order for the factory marbles. He could remarkably cut down his construction cost.

Just as they were about to sign a contract, the factory owner said, “I’ve a little request, and wonder if you could agree.”

“What is your request?” the chief executive officer asked.

“I’ll like to invest in your company,” the factory owner replied.

“How much money can you invest?” the chief executive officer said haughtily, intending to put off the factory owner.

But the factory owner was very calm. “Just 10% of your company’s total shares,” he said with a smile. “It’s my only condition for the contract.”

The chief executive officer became angry, and walked away, without signing the contract.

But he had to eat humble pie. Thinking of the extra profits he would get, besides the increase of capital from the factory owner’s investment, later he came back to sign the contract. 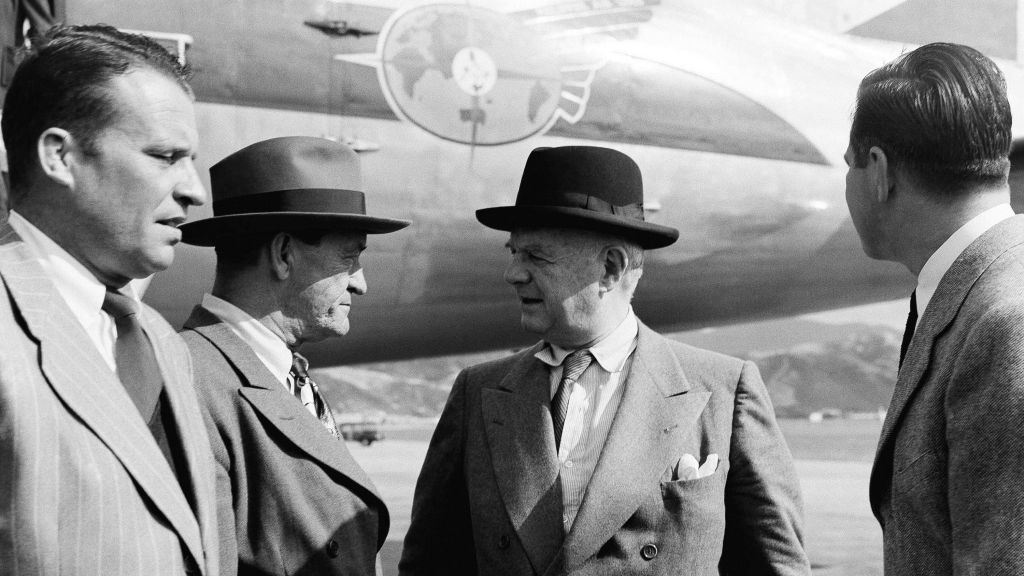