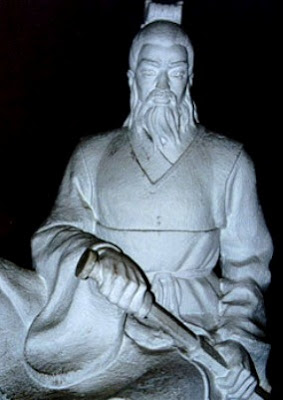 In the strategy of “Tree Top Blossoms flowers”, one makes his own situation, or borrows someone’s situation, to make it appear grander than what it actually is. It is often used in business and politics.

Towards the end of the Spring-Autumn Period (770-475 BCE) and just before the Period of Warring States (475-221 BCE), in 482 BCE Fu Chai, the King of Wu, led a huge army to meet other kings to form an alliance. While he and the King of Jin were fighting over who should be the leader of the alliance, he received messages that in his absence the King of Zhao attacked his State of Wu.

Fu Chai called an emergency meeting with his advisors and generals. He proposed that he would let the King of Jin be the leader of the alliance, and he would lead the army back to fight Zhao.

But the advisors and generals were against his proposal because even if their return would defeat Zhao, it would make the King of Jin look down upon Wu, and would be a threat in future. So they would proceed with their original plan.

Fu Chai would lead his huge army to the conference in three flanks. He ordered all the soldiers in the central flank led by him himself to wear white armour and carry while flags so that from afar they looked like gigantic while flowers moving forward. The left frank would wear red armour with red flags, which looked like a huge procession of red torches. The right flank would wear black armour with black flags, which looked like gigantic black clouds.

When the other kings in the alliance saw the impressive Wu army, they were awed by its might. The Jin King ready conceded the leadership of the alliance to Fu Chai.

Later the Wu army defeated the Zhao army, and captured the Zhao King.

A Small Army Defeat a Larger One

In the year 115 rebel forces from the Jiang tribe took over Wu Du District. The Han Emperor, Han Yuan Di, did not pay much attention to it, and order Yu Yi to lead 3000 calvarymen to quench the rebellion.

Fortunately, Yu Yi was an experienced general with a skilful command of war strategies. As he approached the Jiang army, he ordered his Han soldiers to double their stoves and left them behind when they advanced further.

Some soldiers were surprised. “General,” some officers asked, “In the past when Sun Bin and Pang Juan were engaged in war, the great strategist, Sun Bin, halved the stoves to deceive Pang Juan. But why do you double the stoves?”

“Our forces were small, and the enemy forces much bigger. By doubling the stoves we give an impression that we are receiving reinforcement everyday,” Yu Yi said.

Indeed, his strategy worked. The Jiang forces wanted to surround and attack the Han army, but when they found the stoves increased everyday, they thought the present Han forces received reinforcement everyday. So they hesitated.

Yu Yi then asked his soldiers to shoot arrows at the Jiang camp, but that the arrows should land some distance away. When the Jiang soldiers saw that the Han arrows landed some distance from their camp, they laughed and thought the Han soldiers were not skilful. This was Yu Yi’s trick to erode the vigilance of the enemy.

Again, it worked. As the days wet on, seeing the Han army did not attack, the Jiang army slacked in their readiness to fight.

Yu Yi then ordered his calvarymen to ride out of camp on one front, changed clothes and rode back on another front. This went on a few times a day. It gave an impression to the Jaing army that the Han army was constantly reinforced.

Eventually the Jiang commander, wrongly thinking that the Han army had a huge force, withdrew from Wu Du District.

In 1948 Yugoslavia and Soviet Union experienced a serious split. The Soviet Union and many East European countries broke off political and trade relationships with Yugoslavia.

Being othrocized, Yugoslavia had to employ the strategy of “Tree Top Blossoms Flowers” for its political and economic survival. It pursued a friendly relationship with the West.

At first the United States was divided whether to help Yugoslavia, but eventually it provided Yugoslavia with economic and military aid. Britain and France also gave aid to Yugoslavia.

When faced with a huge threat from the Soviet Union, Yugoslavia employed the strategy of “Tree Top Blossoms Flowers” to protect herself as well as to secure her political and military independence.

Later Yugoslavia broke up into smaller states, such as Croatia, Stovenia, Serbia, Macedonia, Bosnia and Montenegro.

Secrets of a Successful Company

This strategy of “Tree Top Blossoms Flowers” is often used in business, like packaging of both goods and services, accessories, prestigious labelling, variety of choices and fringe benefits. The success of a Japanese factory in manufacturing needles for the world market is a good example.

Because of changing needs, many needle manufacturing factories were driven to close down. But this particular factory was very successful.

The general manager of the factory had this to say of the company success, “Due to changing life styles, the demand for needles has certainly decreased. But to a particular factory, it does not necessary mean that the demand is less.”

This is certainly an important point any entrepeneur should know.

“As the development level of various countries in the world is different, the demand for needles in developing countries is still large,” he continued. “Moreover, although today there are less women making their own dresses, sewing jewellery, handbags, their favourite clothing has become a hobby, and has become popular amongst women. This creates a new demand for needles.”

“Therefore, we have increase the range of the type and nature of our products. Needs and demand are different. They also have different liking for packaging. Thus we pay importance to improve types of needles, variety and packaging. In conclusion, when there are changes in the market, the crucial point is how you look at the needles, win the market and beat your competitors.”

Hence the needles manufactured by this factory were more than 20 types. The coding of the needles depended on the length of the needles. Apart from this, to make it easy for threading the needle, the needle eye was in golden colour. Some needles had two eye-holes, both the same size or one was bigger than the other. Some eye-holes were for thick thread, some for thin ones.

The packaging was beautiful, like a greeting card. Some packages were round, some elongated, some looked like a flower basket, and some like a purse. When the package was open, needles of different sizes were shown. There was some space between needles, which was both aesthetic and practical, pleasing to the eyes and easy for the fingers to pick up the needles. There was also a small instrument made of thin metal for threading the needle.

All these facilities were applications of the strategy, “Tree Top Blossoms Flowers”. The product, together with the packaging, were for the customers’ interest. As a result the company made a lot of profit. 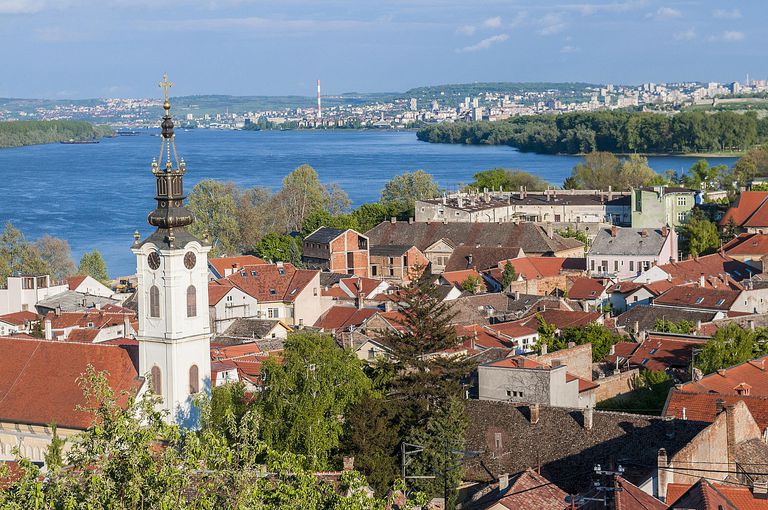