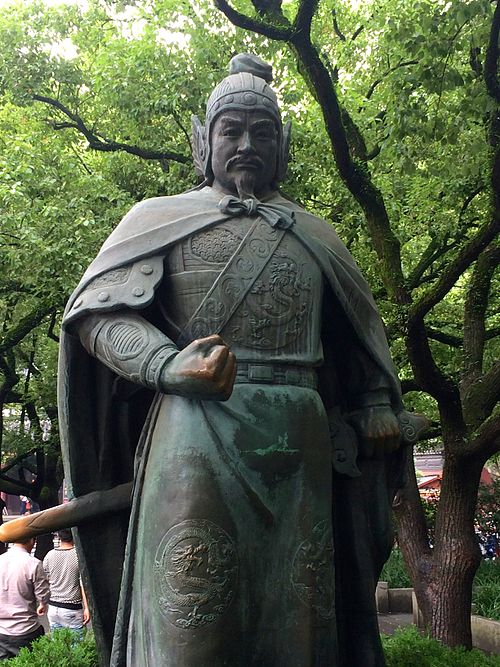 In this strategy, you pretend to fall into your enemy’s tricks, but you use the tricks to gather more information or to turn them onto the enemy. It is a risky strategy, and is employed with much confidence, because if it backfires, it can bring distrastrous result.

Zhou Yu, the Commander-in-Chief of the Wu army, used the “Double-Cross Strategy” in an excellent way. Just before the Period of Three Kingdoms (220-280) in the year 208 Cao Cao, the King of Wei, led a huge navy to attack the State of Wu.

What worried Zhou Yu was that the two commanders of Cao Cao’s navy, Cai Mao and Zhang Yun, were very capable. Zhou Yu thought to himself, “If I want to defeat Cao Cao, I must first eliminate these two commanders.”

Just then, some soldiers reported that his old friend, Jiang Gan, wished to see him. Zhou Yu was happy. “Now I have a plan to succeed,” he said to himself.

Jiang Gan was Zhou Yu’s classmate, but now he served under Cao Cao as his advisor. Indeed, his ultimate motive was to infiltrate into Zhao Yu’s camp to find out secret information. At first he was concerned that knowing he served under Cao Cao, Zhou Yu might not want to meet him, but he was surprised that Zhao Yu treated him as an old friend and showed him around the army camp.

Zhou Yu feted Jiang Gan lavishly and pretended to be drunk. He recalled their old days and asked Jiang Gan to sleep with him in his tent like days of old. Jiang Gan was delighted as this would enable him to find out more secrets about the Wu army.

Seeing that Zhou Yu was drunk and sound asleep, Jiang Gan secretly got out of bed and examined Zhou Yu’s secret documents. He found a secret letter written by Cai Mao and Zhang Yun, the two marine commanders, addressed to Zhou Yu as follows; “We surrendered to Cao Cao due to circumstances. Now we have deceived Cao Cao by trapping his navy in the waters. When time is ripe, we shall chop off Cao Cao’s head and present it to General.”

Jiang Gan quickly took the letter and left. The letter was forged, but it looked so real that it deceived both Jiang Gan and Cao Cao. When Cao Cao saw the letter, he was infuriated. Immediately he summoned Cai Mao and Zhang Yun.

“We are going to attack the Wu army tomorrow morning,” Cao Cao announced. Cai Mao and Zhang Yun were surprised.

“We can’t do that, Prime Minister. Our sailors are not used to the waterways yet,” they explained.

“By the time they are used to the waterways, you would have chopped off my head and present it to Zhou Yu,” Cao Cao fumed.

Cao Cao showed the fake letter to the two commanders, and had them executed immediately.

Without these two commanders, Cao Cao’ huge navy lacked direction. Later Cao Cao’s navy was destroyed by a much smaller force led by Zhou Yu and Zhu Ge Liang at the famous Battle of Red Cliffs.

In the year 1125 the Jurchens established the Jin Dynasty in Northern China, and the Song Dynasty had to move south. The Jurchens set up a few puppets. One of the most influential was Liu Yu.

The famous Song general, Yue Fei, heard that Liu Yu was not in good terms with the Commander-in-Chief of the Jurchens Army. So Yue Fei made use of this situation to apply the “Double-Cross Strategy”.

One day, the Song army captured a spy sent by the Jurchens. Yue Fei told his soldiers, “Quickly untie him. He is one of the spies I sent to the Jurchens.”

“Zhang Bin,” Yue Fei angrily reprimanded the spy. “I sent you to meet Liu Yu. But you just disappeared. I had to send another spy to contact Liu Yui and he agreed to trick the Jurchens army into the south and capture their Commander-in-Chief. You have neglected your duty. Don’t you know how serious is the punishment?”

The spy thought that Yue Fei had confused himself with another spy. So he played to the trick.

“I beg the mercy of our great general,” the spy said. “Give me a chance to win laurels to compensate for my mistake.”

Yue Fei pretended to think for awhile. “Al right,” the general said, “I shall give you another chance, but if you fail again I shall chop off your head.”

The spy knelt down to thank the generosity of Yue Fei

Yue Fei wrote a letter to Liu Li, detailing how to attack the Jurchens and capture the Commander-in-Chief.

“To avoid discovery,” Yue Fei said, “We have to use an infallible method.” He cut off a calf of the spy, stuck the message in, and sewed back the calf.

He sent out a false message for Japanese torpedo boats to drop torpedoes at the Mediterranean Sea where the Russian Baltic Fleet would pass through. This false message was received by Russian intelligence.

One foggy morning the Russian Baltic Fleet found many boats in the Mediterranean Sea. In their confusion the Russian sailors thought they were Japanese torpedo boats. So the Russian opened fire on them.

They were not Japanese torpedo boats but harmless British fishing vessels. Already the relationship between Britain and Russia was not good, and this incident made it worse. Not only the Russians had to pay heavy compensation, the British did not allow them to use the Suez Cannel. As a result, the Russian Baltic Fleet had to take a long time and go a long way round the Cape of Good Hope to reach the Pacific.

The outcome of the Russo-Japanese War shook the world. It was the first time in history when a tiny Asian country defeated a gigantic European power. The “Double-Cross Strategy” played an important part.

Forged Contract to Keep Price Down

A noodle factory was enjoying good business. But that year there was a drought which greatly affected the supply of wheat, the raw material needed to make noodles.

The normal suppliers raised their price of wheat flour as there was a shortage of wheat. The managing director of the factory suspected that a senior executive of the factory encouraged a price rise from suppliers

The factory was faced with two options – produced at a loss or stopped work. The managing director chose neither. He thought of an excellent plan. He went to other areas to look for supplies.

He forged a contract with a distant supplier to buy thousands of bags of wheat flower. He kept the contract secretive, but subtly leaked the information to the suspect. 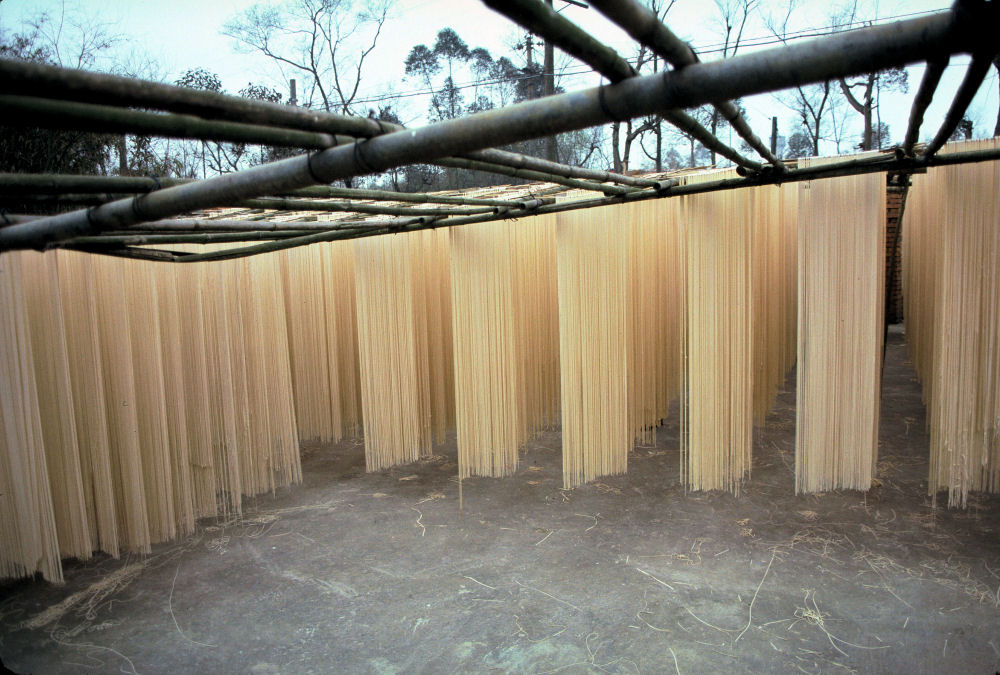 Drying noodles in a factory, picture taken from http://www.paulnoll.com/China/Commerce/factory-noodles-2-big.html