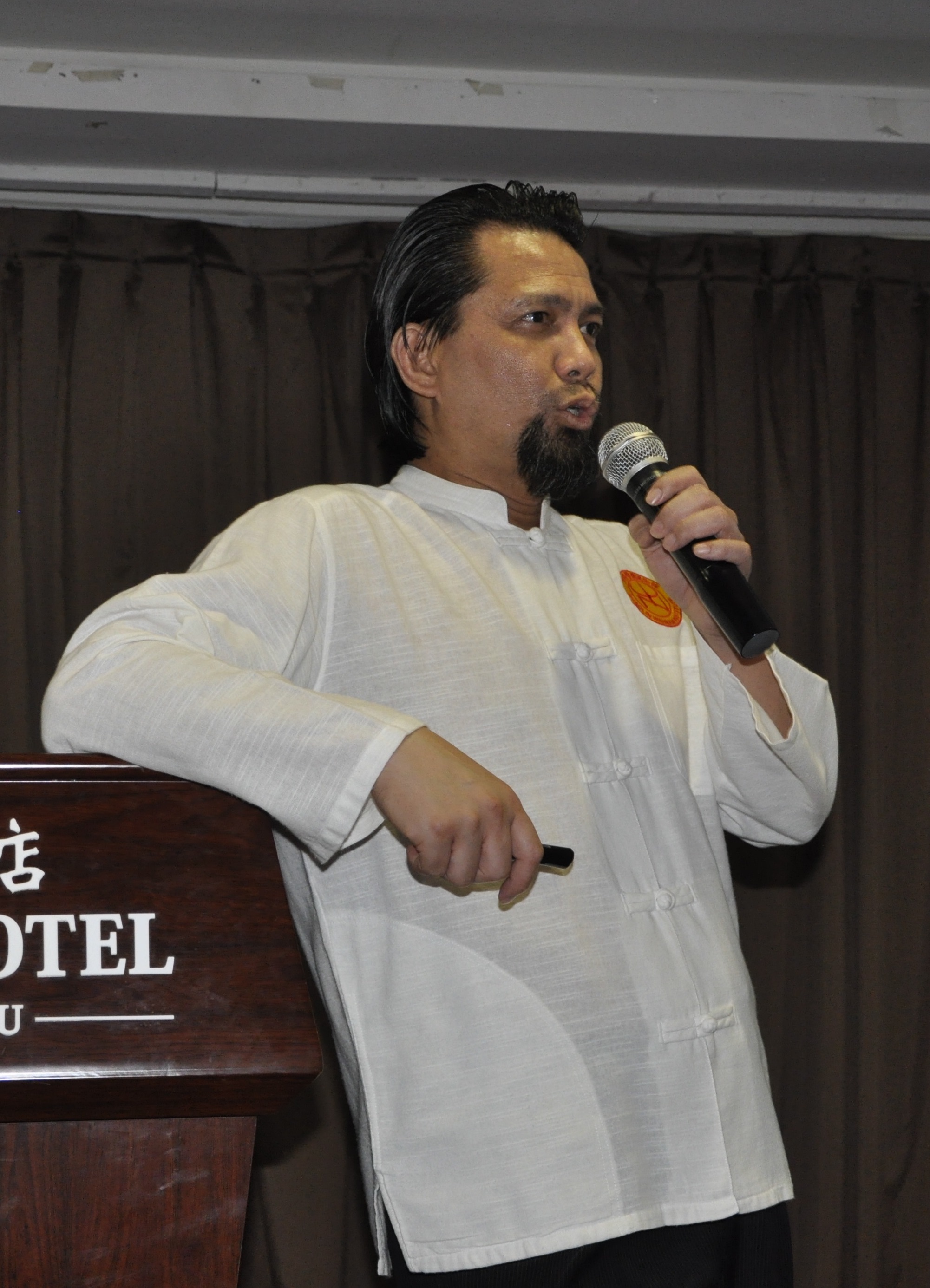 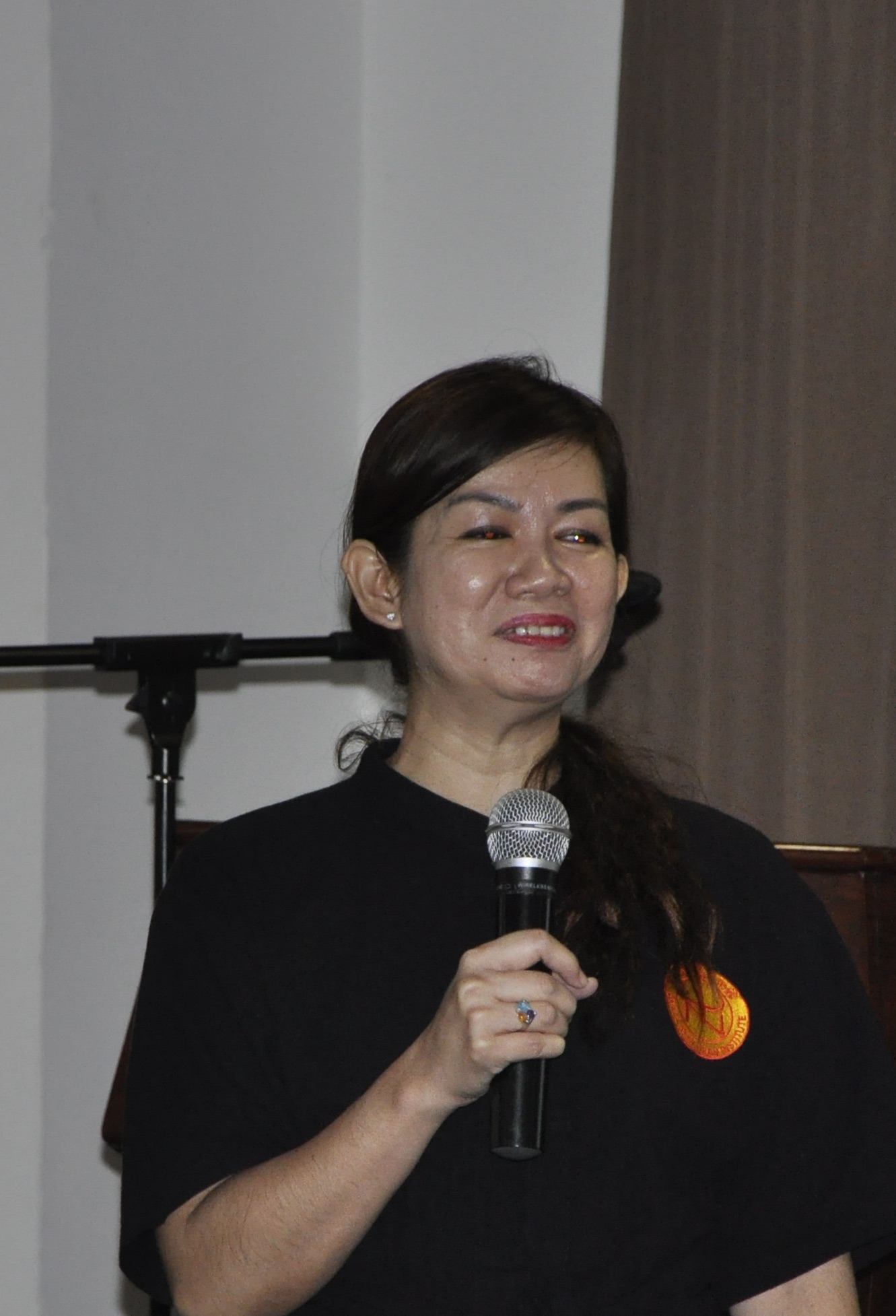 An Overview to the Talk:

In short, the talk will be about Ancient Arts Of Energy as viable solutions to common major health problems in daily life in the Modern Era.

Firstly, we state the medical philosophy of Ancient Arts and share modern research findings which corroborate the science underlying the ancient arts.

Thirdly , we look at alarming modern era statistics on health issues, despite advances in modern healthcare science and technology; and the ancient arts as the eminent solution.

Chi kung, spelt as “qigong” in Romanized Chinese, is the art of developing energy, particularly for health, vitality, longevity, mind expansion and spiritual cultivation, irrespective of race, culture and religion.

The term “chi kung” is Chinese, but arts of energy have been practised by different peoples, especially in the past when they were kept as top secrets. The Indians call their energy art “yoga”, the Tibetans “wisdom art”, whereas the ancient Egyptians and ancient Greeks called it “the mystery art”.

Because of cultural and historical reasons, there may be some differences in the methods and emphasis in these different energy arts of different peoples, but they all deal with developing energy, and they all aim at promoting physical, emotional, mental and spiritual health, irrespective of one's religion.

Traditional Chinese Medicine posits the existence of a subtle energy, called qi, circulating throughout the human body. Good health is the result of a free-flow, well-balanced qi system, while sickness or pain is the result of qi blockage or unbalanced qi.

All traditional Chinese medical therapies are based on this perspective. The same concept can be found in other cultures, like ki in Japan, prana in India, mana in Polynesia, tano in Hawaii, and gana in South America.

According to the traditional Chinese medical paradigm, the meridian system transports qi, or energy, throughout the body. This system was first delineated around 2,500 BCE, and are still referred to, largely unchanged, today.

However, Western science was never able to see these channels, which led to skepticism that traditional Chinese medical system was not a science, regardless of all empirical and clinical evidence of its effectiveness.

That is, until now. Modern research and scientific techniques such as electron spectroscopy and scans have identified and mapped physical structures that correspond to the traditional meridians. In the 1960s in Korea Dr Kim Bonghan published papers describing them. Although his discoveries were confirmed by Japanese researchers in 1967, his work was discounted by other scientists because he never revealed his formula for the staining dye that revealed these structures, thus preventing replication of his findings. 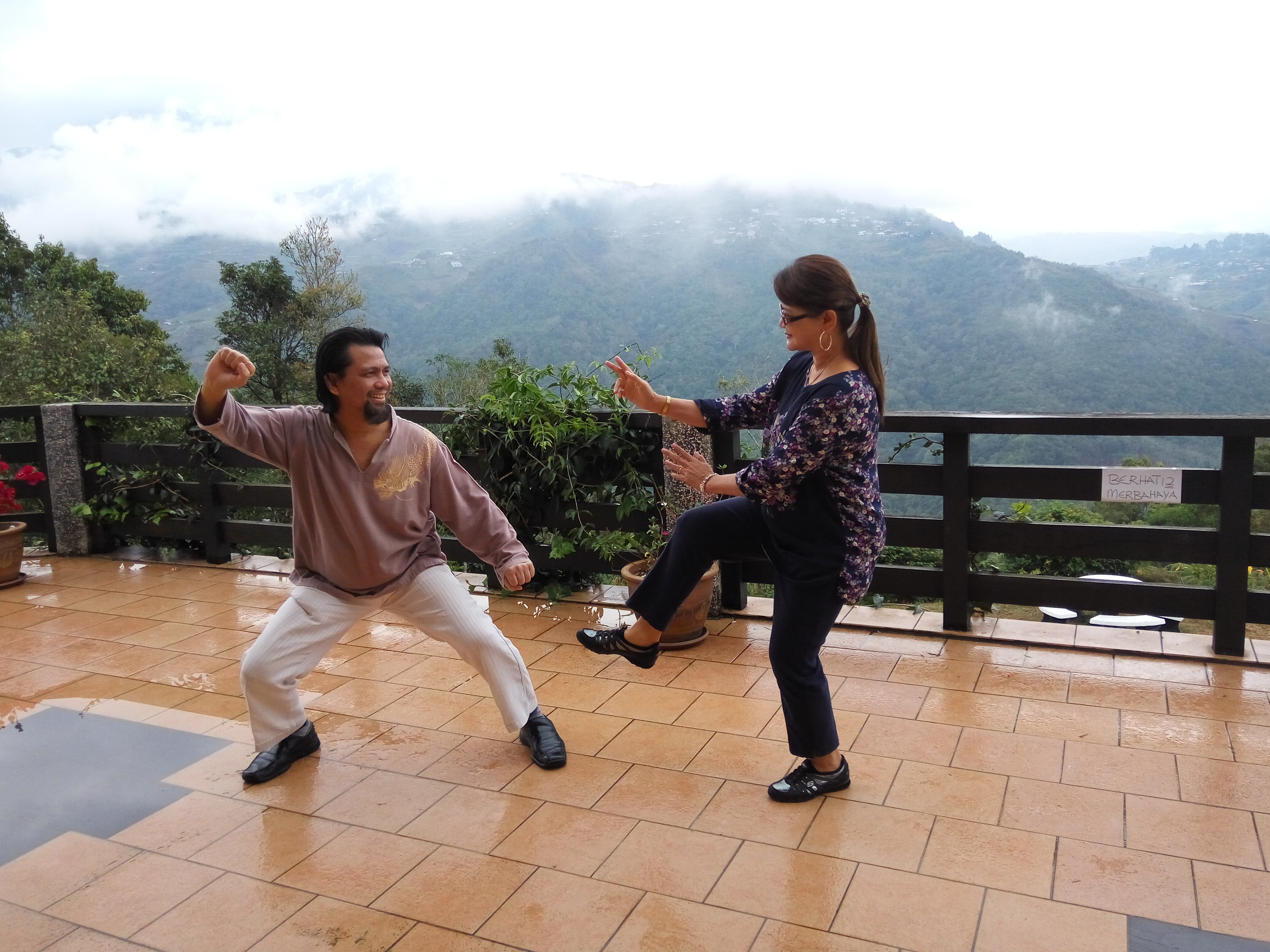 50 years later, Kim’s discoveries have been confirmed by a variety of studies with rats, rabbits and pigs. Stereo-microscopic photographs and images from transmission electron microscopy show meridians exactly where they were first postulated to be 5,000 years ago.

Now researchers are investigating their composition and function. Researchers at the Seoul National University found Bonghan channels contain a flowing liquid that includes abundant hyaluronic acid, a substance that cushions and lubricates joints, eyes, skin and even heart valves. Also visible in the photographs are small granules of DNA or microcells that contain chromosomal material highly reactive to stem-cell antibody stains.

A 2004 paper describes how biophotons produced by animal tissues are emitted by DNA molecules to produce a laser-like coherent light capable of carrying an enormous volume of information through the meridians.

That acupuncture channels conduct light has already been substantiated by Russian research published as early as 1991 which found that the light-conducting ability of the human body exists only along the meridians, and can enter and exit only along the acupuncture points. This finding was confirmed in 1992 and again in a 2005 study published in the Journal of Alternative and Complementary Medicine.

Now the physical existence of meridians and acupuncture points becomes more certain and their importance in the functioning of the body better understood. The basis of traditional Chinese medicine is now more amenable to acceptance by the Western scientific and medical community.

And, it "only" took science 5,000 years to catch up to what was intuitively discovered and empirically tested long, long ago.

There are hundreds of types of chi kung, because the term "chi kung" is actually a collective name for various arts of energy training.

In the history of chi kung in China, physicians developed energy for healing, kungfu exponents for enhancing combat efficiency, Confucian scholars for mind expansion, and Taoist and Buddhist cultivators for spiritual growth.

Nevertheless, there are large, comprehensive schools of chi kung, such as Shaolin Chi Kung and Taiji Chi Kung, where the various different health, martial, mental and spiritual needs are fulfilled.

There are various types of chi kung serving different needs. Three variables determine the level of attainment: appropriateness of the methods chosen, the competency of the teacher as well as the dedication of the student.

What is not so obvious to many people, including most chi kung practitioners today, is the operational level at which one practices chi kung. Chi kung training can be operated at the form level, the energy level or the mind level.

In other words, every human has form, energy and mind. Chi kung training develops all these three essential elements of a person.

The great majority of chi kung practitioners today, including in China, practise only the form aspect of chi kung, neglecting the energy and the mind aspects. In terms of giving health benefits I believe it is less effective than conventional physical exercise like swimming, playing field games and working out in a gym. For convenience, I call this low-level chi kung.

There should be at least the energy aspect in order to justify calling this exercise chi kung, i.e. energy training. This is middle-level chi kung, and the practitioner makes a conscious, purposeful effort to influence his energy flow, such as clearing energy blockage and increasing energy level. In terms of health benefits, middle-level chi kung is far superior to conventional physical exercise, as the benefits are a direct result of its practice, whereas in conventional physical exercise the health benefits come as a bonus. 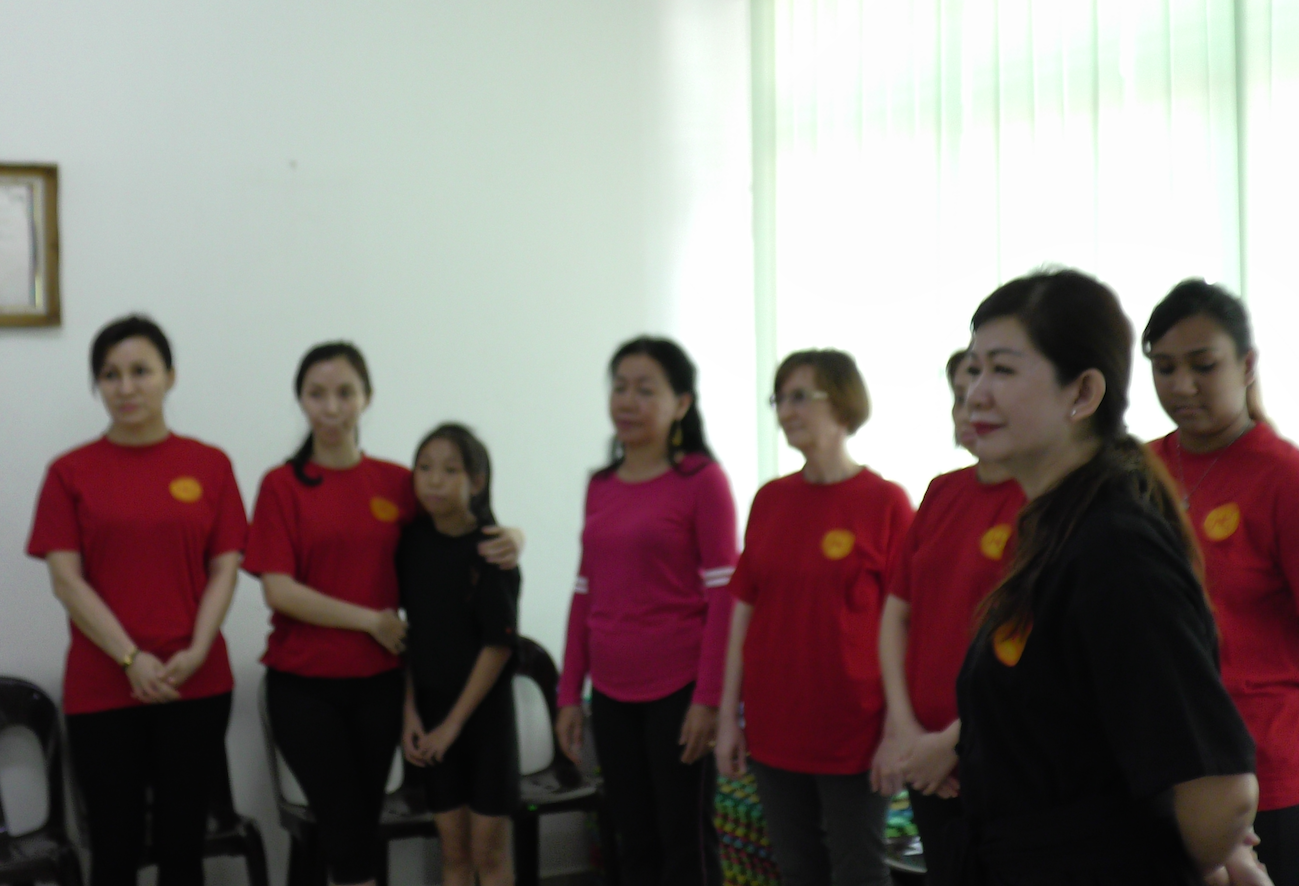 Sifu Bernie Kissey and some of her students

High-level chi kung is where the mind is involved. After entering into “a chi kung state of mind”, which is a heightened state of consciousness, the practitioner can manipulate energy, like tapping energy from the cosmos and directing it to whatever parts of his body. At this level, it is beyond comparison with conventional physical exercise. Not only so-called “incurable” diseases can be cured, some masters may accomplish feats which ordinary people would regard as miracles -- or fakery.

Low-level chi kung may provide some gentle exercise for better blood circulation, muscle loosening and relaxation, but may not be strong enough to overcome diseases.

According to Chinese medical philosophy, illness occurs if there is insufficient vital energy to work the natural systems of the body (and mind), or if the flow of vital energy is disrupted.

The forte of chi kung is to increase energy level and to clear energy blockage, thus overcoming the illness, irrespective of what labels may be used to describe its symptoms.

Shaolin Kungfu is the style of martial art first developed at the Shaolin Monastery in China, irrespective of race, culture and religion.

An important aspect of the Shaolin teaching is direct experience, which in this case means that a Shaolin disciple does not merely talk about good health and mind expansion, or just read up on spirituality, but actually experience these benefits. If he does not experience, according to his developmental stage, the appropriate results Shaolin Kungfu is purported to give, he should seriously review his training.

Tai Chi dance gives benefits like balance and gracefulness, as well as recreation and socialization.

As genuine Tai Chi Chuan is an internal martial art, you can find out by checking whether what you have learnt (or will learn) is anything internal and martial in your art.

Tai Chi Chuan has a history of more than seven hundred years. Its "founder" was the great Taoist priest Zhang San Feng, who evolved it from Shaolin Kungfu. It was first called Wudang Long Fist. Later the scholar-general Chen Wang Ting called it Tai Chi Chuan, which means "Cosmos Kungfu".

On the other hand, genuine Tai Chi Chuan training involves cultivating the "three treasures", namely jing, qi and shen, which are matter, energy and spirit or mind.

Globally as of 2013 an estimate of 20 million people had negative effect from medical treatment. According to medical journals JAMA and Lancet, in the 21st Century in UK and USA, hundred of thousands of people died from adverse effects of medical treatment making iatrogenesis the 3rd highest cause of death after cancer and heart disease.

Over 800,000 people die due to suicide every year and there are many more who attempt suicide. Hence, many millions of people are affected or experience suicide bereavement every year. Suicide occurs throughout the lifespan and was the second leading cause of death among 15-29 year olds globally in 2012.

One in four people in the world will be affected by mental or neurological disorders at some point in their lives. Around 450 million people currently suffer from such conditions, placing mental disorders among the leading causes of ill-health and disability worldwide.

In conclusion, the Ancient Arts of Energy are accessible, cost effective and efficacious holistic health programs for the major health challenges in Modern Era.

Hence the topic of this talk "Ancient Art for Modern Era". We welcome you to inherit the wonderful ancient art of Chi Kung as part of your modern daily life to achieve health, vitality, longevity, mental freshness and spiritual joys -- irrespective of race, culture, age, gender or religion. Thank you. 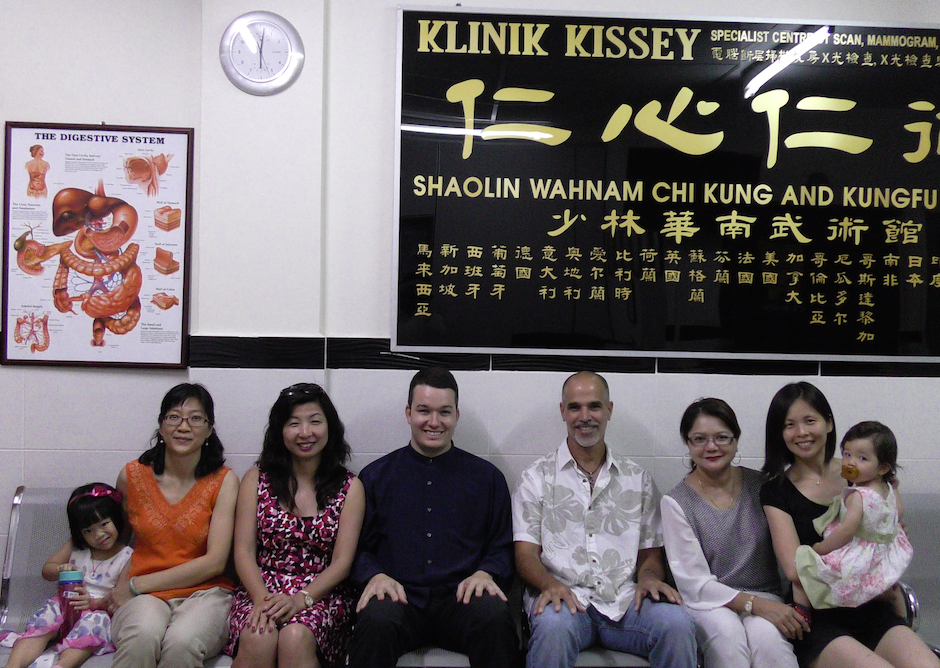