A PICTURE OF A FOX 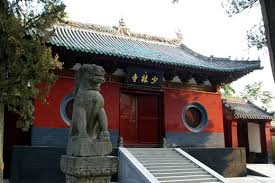 The Shaolin Monastery taken from a picture at http://travelneu.com/tourism/china/shaolin-temple

Just like Miss Hu, her chamber had a very pleasant scent of jasmine. Even the furniture and the decorations were delicate and fragile-looking like her. The opened closet was not far from her cozy bed. Obviously everything was left untouched since Miss Hu discovered her jade-plum missing.

Commissioner Chin set about his assessment of the situation in his characteristic, professional manner. First he stood at the entrance of the room and surveyed the whole scene from a vantage point. He closed his eyes for a few seconds, as if in thought, or perhaps allowing the scene of the whole room to sink into his mind.

Then he walked gingerly to the opened closet and examined it carefully. He pressed against the wooden sides a few times. Then he placed his nose close to it and sniffed gently, closing his eyes as if he was enjoying his wine. He scrutinized the safety box that used to contain the jade-plum. First he held it high up in the air at arm's length, then he placed it close to his eyes, almost touching his nose. Again he sniffed, and nodded his head satisfactorily a few times. He turned the box this way and that, round and about. He also examined the remaining contents in the closet in a very systematic way.

Next he scrutinized the furniture, including Miss Hu's bed, and this made Miss Hu rather uneasy. Once when Commissioner Chin was running his palm a few times over the expensive silk bed linen to smooth it, as if caressing a laying lady, Miss Hu was about to say something, but eventually she chose to remain quiet.

The Commissioner went down on his hands to scrutinize the floor. He tilted his head so that his face was parallel to the floor. He blinked his eyes a few times, and smiled to himself, without saying a word. Then he laid down on his stomach to have a better view. He even rolled over here and there a few times, and finally landed on his back. He laid on his back for some time to look at the ceiling.

Next he examined the walls. He spread both his hands to caress them, letting the tips of his fingers sense the surface. At a few places he gently hit the wall with the base of his fist. He took quite some time to cover the four walls of Miss Hu's luxurious chamber.

Commissioner Chin went about his investigation like a ritual. Most of the time, Yang Shao Ming and Miss Hu merely looked on quietly, sitting on two comfortable chairs at a corner, admiring the solemn procedure of the Perfect Detective, and not saying a word to interrupt his thorough seriousness.

To Yang and Miss Hu, nothing peculiar was noticed, except that inside the beautifully carved safety box used to contain the jade-plum, was painted a picture of a fox.

"You kept your treasured jade-plum here instead of keeping it at the heavily-guarded treasure-chamber?" Chin asked.

"Yes. Since my father gave it to me last year, I have kept it here. I thought no one would ever imagine that I kept much a treasure in this seemingly unprotected place. In fact, only two nights ago I still found the jade-plum in this box."

"Even if he could imagine, he would find it extremely difficult to come in and then escape with your treasure," Yang added.

"That's very true. The Prime Minister's Residence is well guarded by Sifu Liang Yi Chun and his capable assistants. The thief must be an excellent kungfu exponent." Chin commented.

"Brother Liang was my senior at the Shaolin Monastery," Yang said. "I didn't meet him there, though, because when I entered the Monastery, he had already graduated. Fellow disciples told me that Brother Liang's qing kung was excellent. They said he was even better than our master, the Venerable Ta Cher, in this aspect."

The fabulous Shaolin Monastery, Yang recalled. Every morning at five, he and his classmates would assemble at the square outside the Hall of Lohans to practise the gruelling horse-riding stance and qigong exercises to develop intrinsic energy. How silly he was, he initially thought more than twenty years ago when he first entered Shaolin Monastery to learn kungfu, to "sit" at the stance motionlessly for long hours, and suffered silently the inextricable pain that this training would present him. But he had no choice then. He either had to practise his kungfu as directed by his master or his seniors, or he had to go without breakfast. But now, how grateful he felt realizing that this stance training laid the basic foundation for his subsequent kungfu excellence which directly shaped his life, and which was mainly for his present comfort.

It was also heartening to recall that at Shaolin Monastery he had to carry huge buckets of water, with arms outstretch, from a foothill stream back to the monastery, in order to earn a bowl of simple gruel for breakfast. To make things more interesting, as his Shaolin seniors told him, the huge buckets had holes at their pointed bottoms for water to drip away, so that the water-carrier had to run for his breakfast before the buckets ran dry of water from the intended dripping. No wonder the simple gruel tasted better than the delicacies he now often ate at restaurants.

"I'd like to talk to Brother Liang, if you don't mind," Yang requested.

"I'll inform my maid to ask Sifu Liang to meet us at the waiting room outside." Miss Hu walked to the door to give instructions to the maid.

"Anyone else knows that you kept your jade-plum here?" Chin asked Miss Hu as she returned.

"No, not even my father; he is too busy with state duties. Nor my two personal maids."

Chin paused for a moment. "Did you ever receive any visitors in this chamber?" he continued.

"Only a few intimate friends and close relatives. I usually meet my guests at the waiting room, as I have always considered my chamber strictly private. In fact, you are the first two men, besides my father, to have come here," she said shyly.

"Please tell us exactly who have been here."

"Of course my father and my two personal maids. My Second Auntie and my cousin Miss Li." She thought for a while, then continued, "and my close friends Miss Siew and Miss Chen."

Commissioner Chin waited for some time before adding, "Have you forgotten anyone? Miss Hu, please excuse us for being inquisitive, but this has great bearing on the theft."

"Oh yes, I almost forgot. There was another male visitor before you two."

"An old doctor. Two months ago I was very sick, and my personal doctor couldn't cure me. I heard of Dr. Chiang. Normally my doctor attends to me at the waiting room, but that time I was so sick I could hardly walk. So I invited Dr. Chiang in here to attend to me."

"Then he couldn't be the thief," Chin said confidently.

"Who do you think the thief is?" Chin turned to Yang instead.

"I don't know yet, but at least I know she can't be Dr. Chiang," Yang replied.

"Why?" Miss Hu asked in surprise.