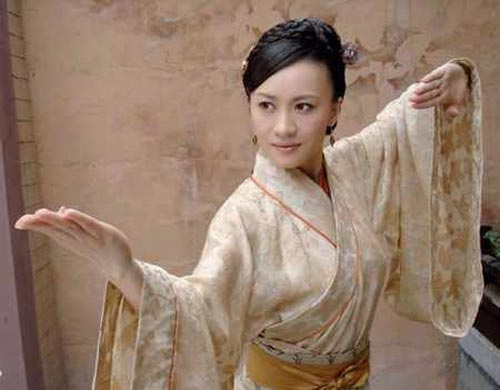 "The thief is a lady," Yang said triumphantly.

"There're two clues," Yang said, pointing at the beautiful safety box which used to contain the jade-plum, and now contained the picture of a fox.

"That fox can be a male one," Miss Hu smiled.

"But no male fox would wear a perfume so strong," Yang pointed out.

"Please examine the brush-strokes of the fox for the second clue."

Miss Hu examined the picture closely and carefully. Although calligraphy was not her specialty, she could now discern from the way the fox was painted, that the artist was a lady.

Miss Hu began to marvel at Yang's quick comprehension. Indeed, like many other things, it was easy to see the clues or possible solutions to a problem after somebody had pointed them out.

"No man would paint so delicately, especially when he has to do so in a hurry," Yang explained.

"There is still another clue to show that the thief is a lady -- and one very good at qing kung (or the art of lightness) too," the Commissioner added.

Another clue? Both Yang and Miss Hu were taken back.

Chin first led them to examine some tiny grains of sand on the floor. These grains were so tiny and unnoticeable that only the exceptionally skilled detective could find them. Next he led them to examine another patch of sand about ten feet away, followed by a third patch another ten feet away. These insignificant patches of sand formed a series of three vague foot-impressions leading from this closet to a window.

"These foot-impressions are certainly too small for a man, and too wide apart for an ordinary woman."

Yang and Miss Hu could only listen.

The distance from the closet to the window is about thirty feet," Chin continued to reason. "It takes an average person between twelve and fifteen steps to walk this distance, or seven to ten steps to run. Yet this lady thief took only three steps. You can imagine her qing kung achievement. She is probably not slower than Sifu Liang himself!"

"No wonder they call you the Perfect Detective!" Yang exclaimed.

"No wonder my father says you will solve the crime within a month."

"A lady thief who excels in qing kung," Yang murmured almost to himself. "Well, that must be Fragrant Fox."

"The important question is," Chin said, "who actually is Fragrant Fox."

"There are at least twenty women today excellent in kungfu, especially qing kung, and thus qualify to be our suspects."

"And when we list only the left handed lady kungfu experts, that will leave us only two or three," Chin added emphatically.

"Left handed?" even Yang was surprised.