EXPRESSION OF THE BODHISATTVA'S SPIRIT 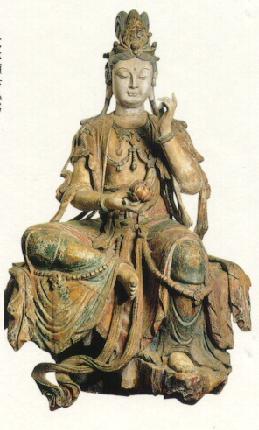 Expression of the Bodhisattva's Spirit

Almost as soon as he descended from Shaolin Monastery and entered society, he rescued an old man and his pretty, shy daughter. It was an exceedingly romantic experience, almost like a proverbial tale people used to pass down by word of mouth from generation to generation.

Yang Shao Ming was passing by a desolated farm house when he heard frantic cries for help. Two tough looking men, wearing grey coloured uniforms and with broadswords slung at their backs, were beating a white-hair old man at the doorstep of the farm house, while another two men of similar dresses and also with broadswords, were dragging a young pretty girl away. Obviously the four armed men were abducting the girl and the old man was preventing them. They must be personal guards of some rich landlord.

Yang had often heard stories of abduction of young damsels by rich, powerful landlords, and now such blatant abuse of force and utter disregard of law and order occurred right in front of his eyes. The Shaolin Laws number eight, forbidden to abuse power to oppress the weak, and number four, obliged to be wise and courageous to defend righteousness, flashed across his mind. He dashed forward and blocked the way of the bullies.

"Leave the man and the girl!" Yang replied.

"You bastard!" The two guards who were beating the old man, drew their broadswords and charged simultaneously at Yang, raising high their threatening weapons for a downward chop. Yang calmly stood his ground, and when the two armed men were quite near, he swiftly stepped forward and lifted up both his arms, in a pattern known as "Carrying a Gigantic Urn", to block the forearms of his attackers. The two attackers fell back in pain, throwing off their glimmering broad-swords. Their forearms were fractured by Yang's blocking movement.

Yang himself was surprised. He never expected that carrying huge water buckets with outstretched arms every morning at Shaolin Monastery, could make his arms so powerful. This was also the first time he actually applied the Shaolin kungfu he had practised for eighteen years, in a real fight. The other two guards were shocked. They abandoned the girl, carried their wounded friends, and ran for life.

Yang gave the old man qigong therapy to lessen the injury suffered from the bullies earlier.

"Great hero," the old man said, "you save our lives, and we are always grateful. Please tell us your name so one day we repay your kindness." The old man knelt down to pay respect to Yang to show his gratitude. Yang was astounded to find an elderly man three times his age kneeling before him. He quickly stepped forward to lift up the old man respectfully.

Yang did not want them to repay his kindness. Only when kind deeds were performed without any thought of reward, could they be expressions of the Bodhisattva's spirit.

"My name is not important," Yang said. "I'm a Shaolin disciple, and it is my duty, as commanded by my master, to defend righteousness. You will have repaid whatever I have done, if you can in future help whoever you can. But tell me what happened just now."

"We poor people are always in trouble. Those armed men, those bastards, are guards of a landlord here, bigger bastard. Already fifty, he still wants my daughter become his seventh wife. Surely, my daughter refuses. So the big bastard wants by force. He sent those armed men take my daughter by force."

His daughter was only about seventeen years in age. She was very shy, and had not uttered a single syllable. Each time Yang turned to look at her, she looked down at her feet and blushed. Her blushing was easily discernable, as she was very fair. Although her attire was plain, and her hair still in a mess, Yang could see that she was a rare beauty.

Yang took some money from his pocket and gave it to the old man. "Take this money and move to a far away place. You can't stay here any longer. The landlord would certainly send his men here again."

The old man refused to accept the money.

"Take it," Yang insisted. "And should you any time in future wish to repay me, give some money, any amount, to poor people."

Yang placed the money on a table and was about to leave.

Yang stayed for the night -- a night that he would never forget the rest of his life.