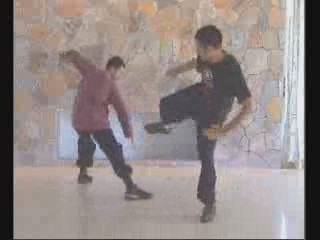 Many students wonder how kungfu, including Taijiquan, can be used for combat! This is ironical and reflects the disgraceful situation that kungfu has degenerated into. If kungfu is a martial art (and it is) it is meant for combat. If kungfu practitioners cannot apply kungfu for combat, it means they have not learnt genuine kungfu or they may have learnt it incorrectly.

This series of video clips is aimed at helping them to better understand how Taijiquan can be used for combat. Here, Jeffrey attacks with a palm strike using the pattern “Lazy to Roll up Sleeves”. It could also be a Boxer's jab or a Karateka's punch, except that exponents of other martial systems normally would not pay as much attention to such factors like stances, balance and coverage as Jeffrey shows here.