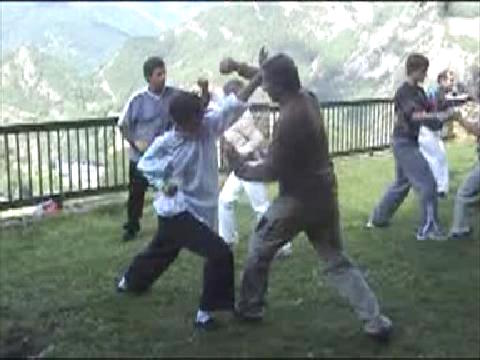 To be Able to Free Spar in Just a Few Days

The reason many kungfu practitioners cannot apply their kungfu patterns for sparring is simply because they have never learnt how to do so. It is straight-forward, but surprisingly many don't even realize this.

They may have learnt and can perform kungfu patterns in solo very well. Though it is unreasonable, they presume that if they can perform kungfu patterns in solo, they can use them for combat. Some “masters” even suggest that this is so. When asked by students how they could defend themselves if they never learn sparring, it is not uncommon for some masters to say that if the students practice the routine sets long enough, they would automatically know how to fight. This is not true.

The video series here and the one before this show participants of a regional Shaolin Kungfu course in Andorra in August 2006 learning how to use kungfu patterns for sparring. Similar courses were also held in Switzerland also in August 2006, and in Finland in September 2006.

These video series reveal some of the secrets that enable our students to free spar using kungfu patterns. Some Shaolin Wahnam members have rightly expressed concern that we reveal these secrets. We do so for the following good reasons.

But isn't this contradicting what has been said earlier that solo practice alone cannot make a practitioner combat efficient?

No, it isn't a contradiction. The key word is “alone”. Solo practice alone — i.e. without the benefit of having undergone combat training as well as without the benefit of knowing how to train with an imaginary opponent — cannot make a practitioner combat efficient. But if you have undergone combat application as in the various regional Shaolin Kungfu courses, and know how to train with an imaginary opponent, practicing on your own is not only possible but actually essential in making you combat efficient.

Combining Two Sequences into One 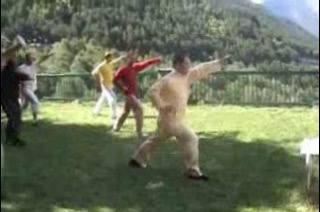 Course participants perform Sequence 2 and Sequence 3 of the 8 Simplified Combat Sequences, which are a shortened version of the 16 Basic Combat Sequences taught in regular classes and Intensive Shaolin Kungfu courses. The two sequences are combined into one. The video clip here shows the initiator's mode.

Training of Energy and Mind 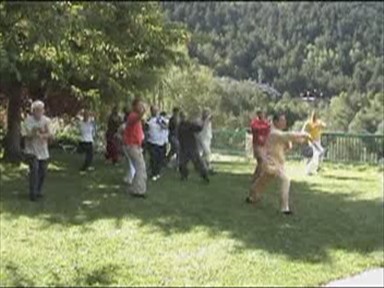 This is the responder's mode of combined Sequences 2 and 3. Notice that in our school every kungfu movement, in Shaolin or Taijiquan, is chi kung, i.e. a training of energy and mind. Notice that the sequence is performed in a chi flow mode. 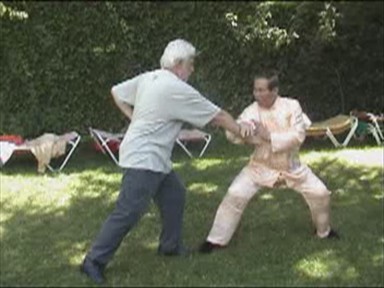 The initiator's mode and the responder's mode are matched here in combat application.

Be Graceful and Elegant even in Fighting 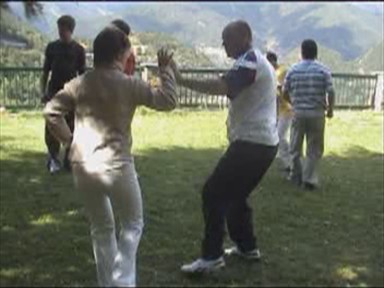 Here participants practice “self choice”, i.e. a responder does not know beforehand what sequence an initiator would use. This is part of the systematic releasing of control from pre-arranged to free sparring. 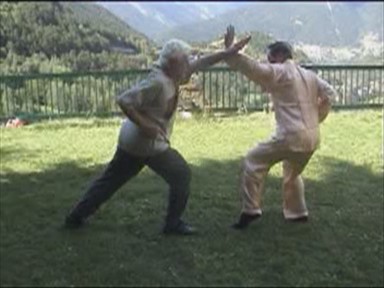 This is the process of “continuation and external change”. The underlying method is “addition and subtraction”. These are effective ways we use to progress from total control in pre-arranged movements to spontaneous movements in free sparring. 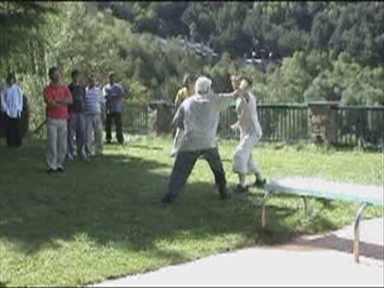 Here are a few exchanges in sparring. The patterns are taken from Sequence 2. The combatants are so familiar with the sequence that their responses are spontaneous and accurate. 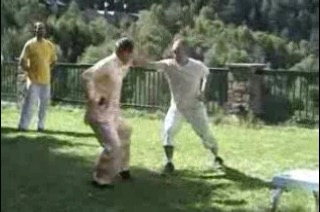 This is the methodology of “continuation and external change” or “addition and subtraction”. The sequences are pre-arranged but the responder does not know what sequence will be added and what patterns will be taken out. Hence, the elements of randomness is gradually introduced. Gradually the randomness elements are increased. 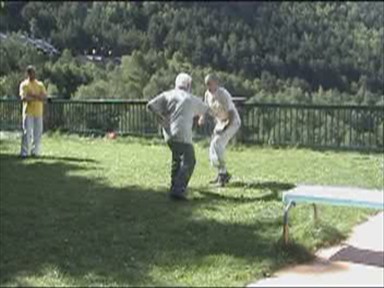 The patterns are from Sequence 2 and Sequence 3. Both combatants use the tactic of “continuous attacks” in this exchange. “Safety first” is very important. 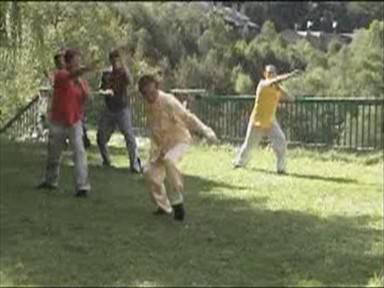 Although the movements are not fast, all the patterns in the initiator's mode and then in the responder's mode are performed smoothly in one sequence, and not pattern by pattern. The participants are not panting for breath after the performance, and they enjoy a chi flow at the end. 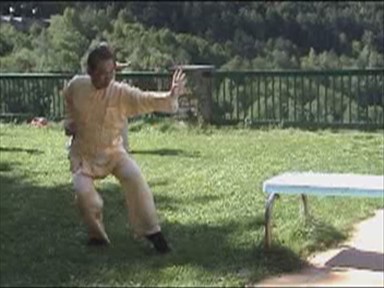 Here the initiator's mode of Sequence 2 and Sequence 3 are practiced pattern by pattern, and not in a sequence. This is to focus on picture-perfect form, which will give practitioners the best technical advantages in combat situations those patterns are meant for.

Fast yet Relaxed and Powerful and Not Panting for Breath 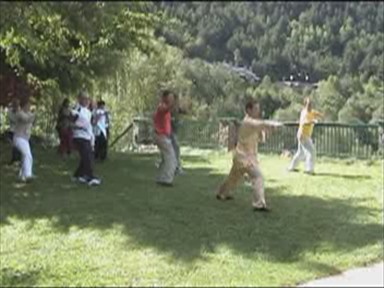 The responder's mode of Sequence 2 and Sequence 3 combined is performed in a sequence. The performance is not hasty, not even fast, but smooth. The pauses in between patterns are removed so that one pattern flows smoothly into the next like a continuous wave. 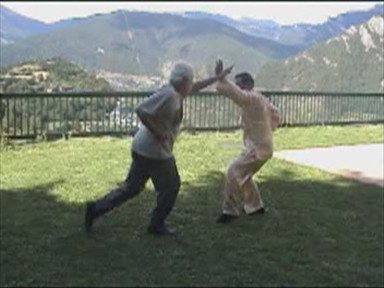 Here isthe combat application of Sequence 2 and Sequence 3 combined into one sequence. But the combatants perform in patterns, rather than in sequence, focusing on picture-perfect form to ensure the best possible technical advantages from the patterns.