SOME APPLICATIONS OF THE PLUM FLOWER SABRE 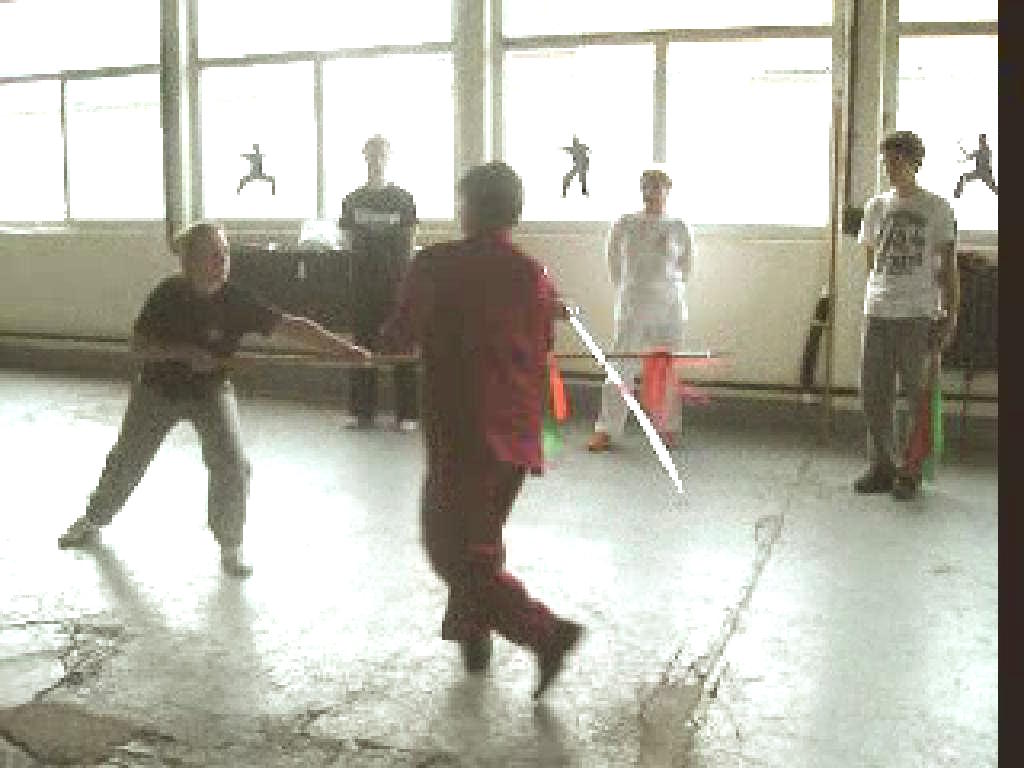 Students at the Plum Flower Sabre Course in Frankdurt, Germany on 17th September 2009 not only learn the saber set but also its combat applications and philosophy. Some of the applications, including how to use a saber to counter a spear-thrust, are shown in the video series below. 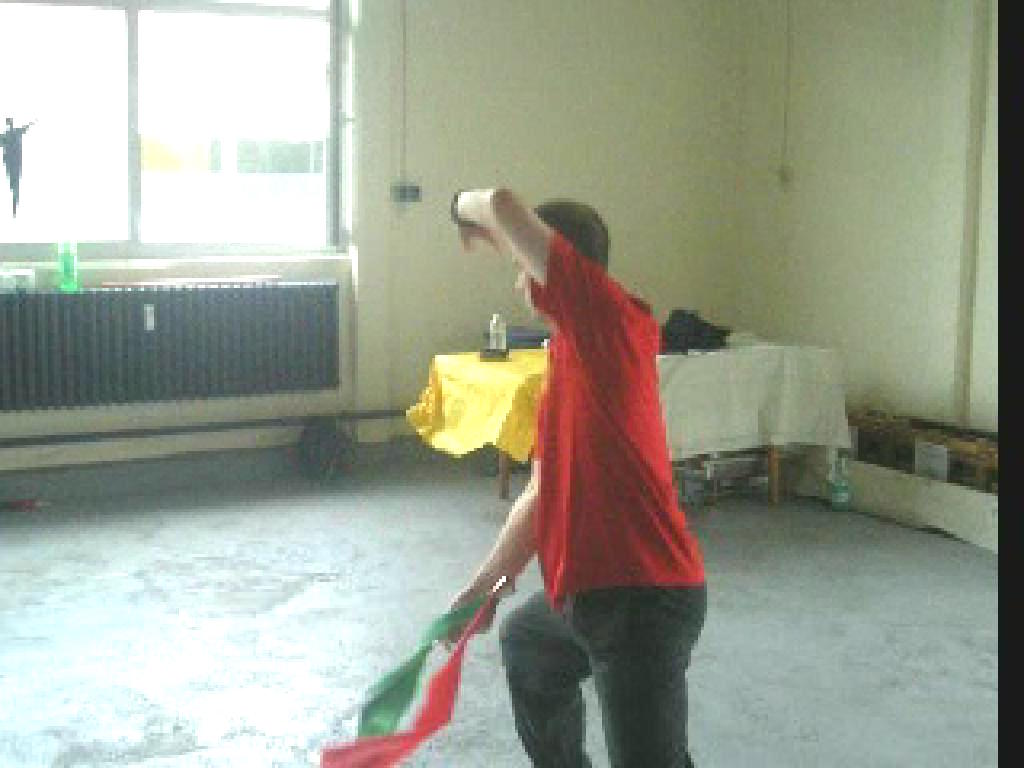 Just as in unarmed combat, one must have force to use the saber competently for combat. The video clip here shows one of the ways to develop some saber-force. 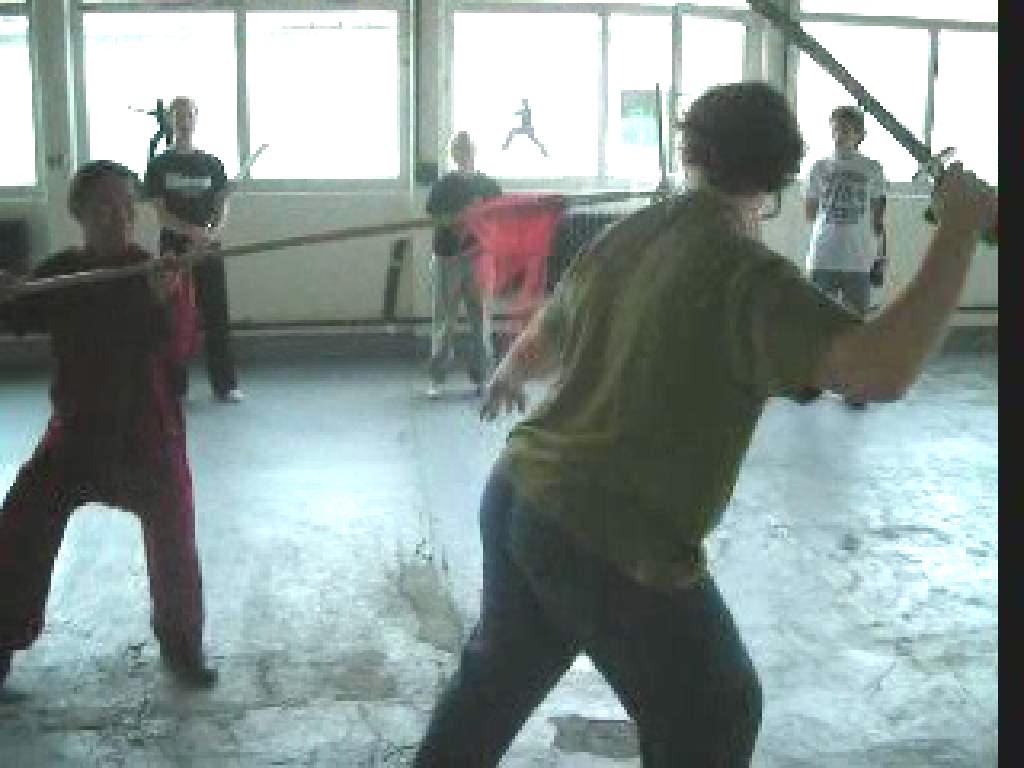 Here are some formidable attacks of a spear against an opponent using a saber.

3. Deflecting and Countering a Spear-Thrust 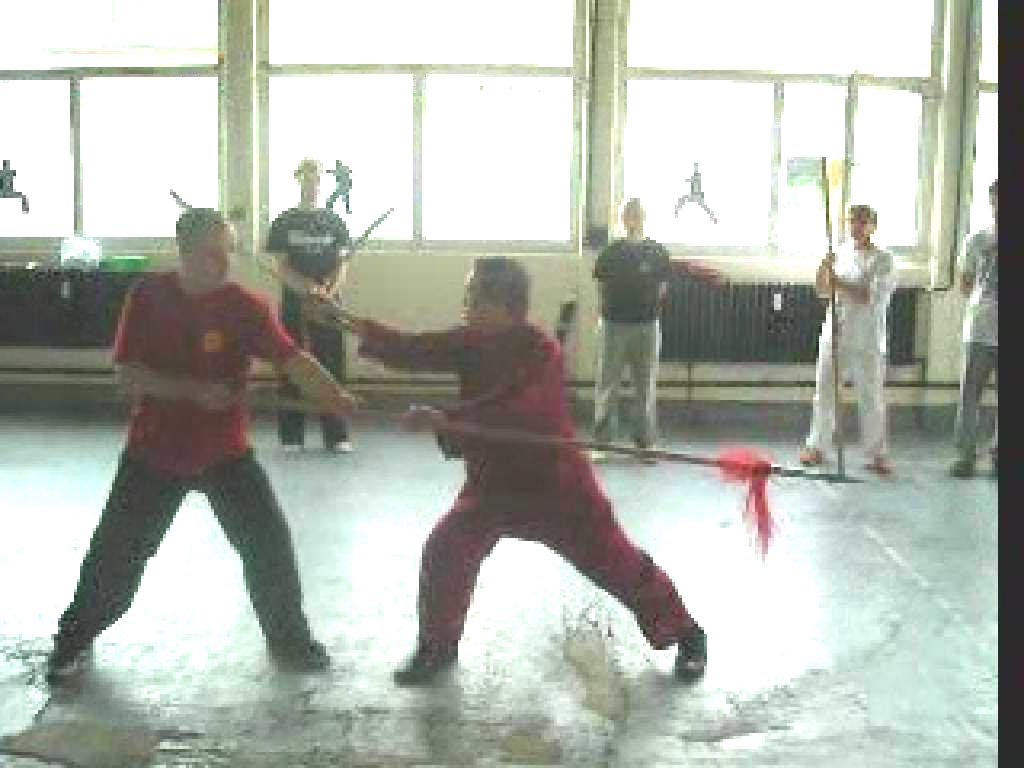 Deflect a spear-thrust and counter with a chop.

4. Deflecting on the Right and on the Left 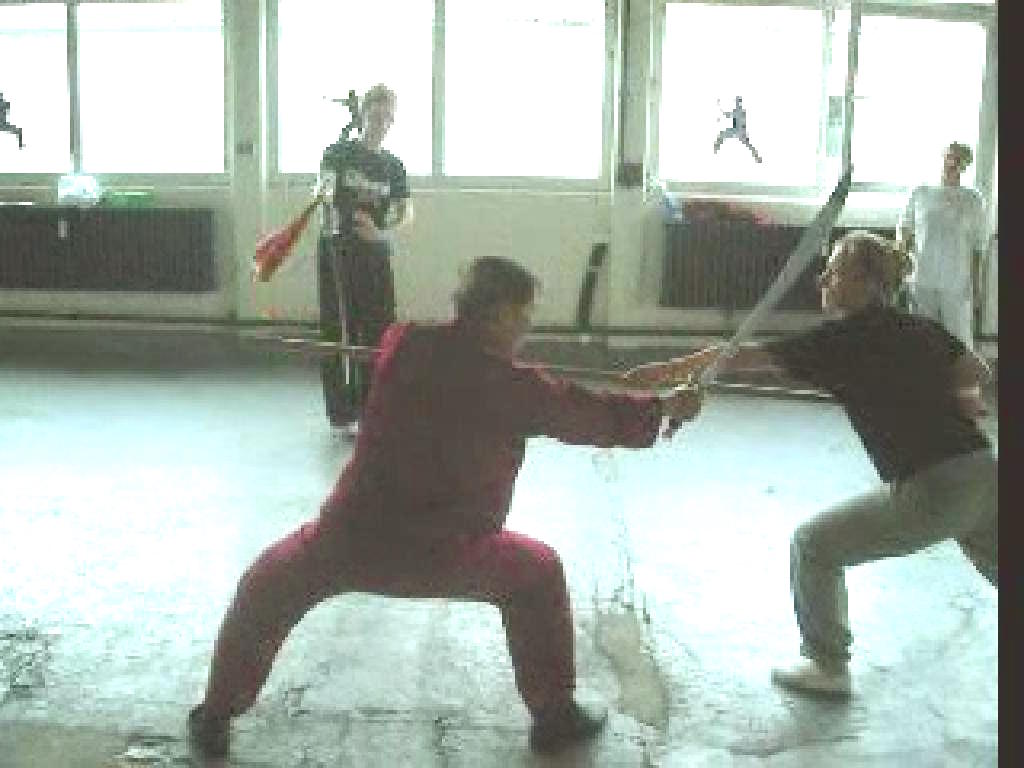 One can deflect a spear on the right and on the left. 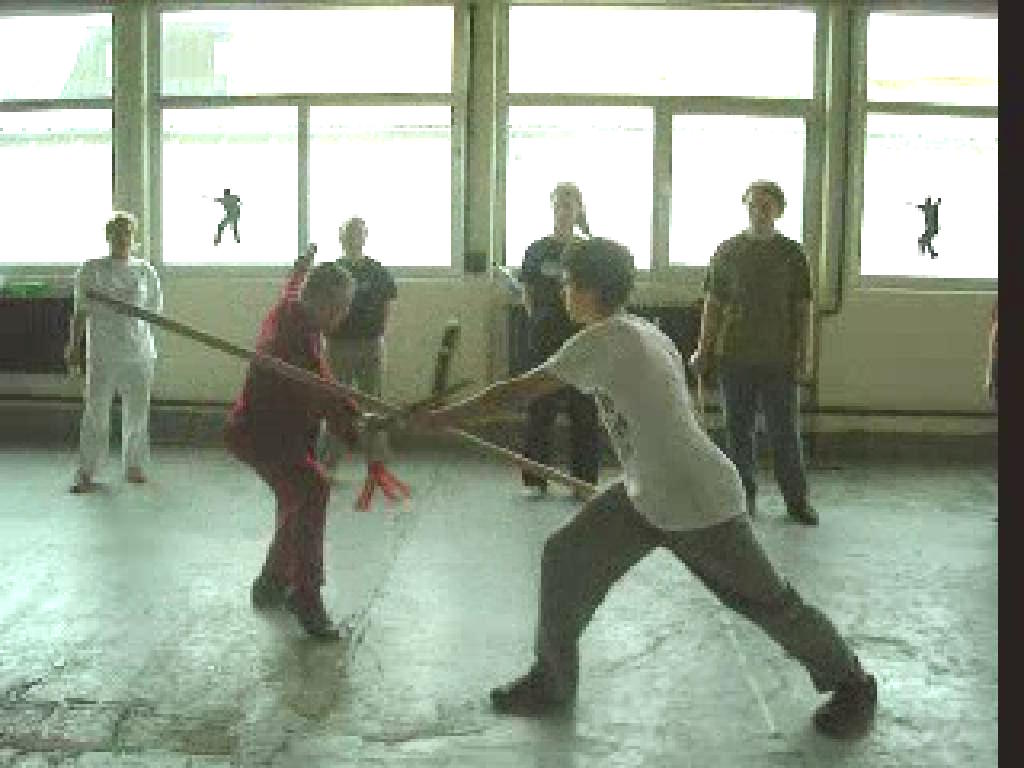 This pattern that chops an opponent's hand as he attacks with a chop is called "Fierce Tiger Descends Mountain". 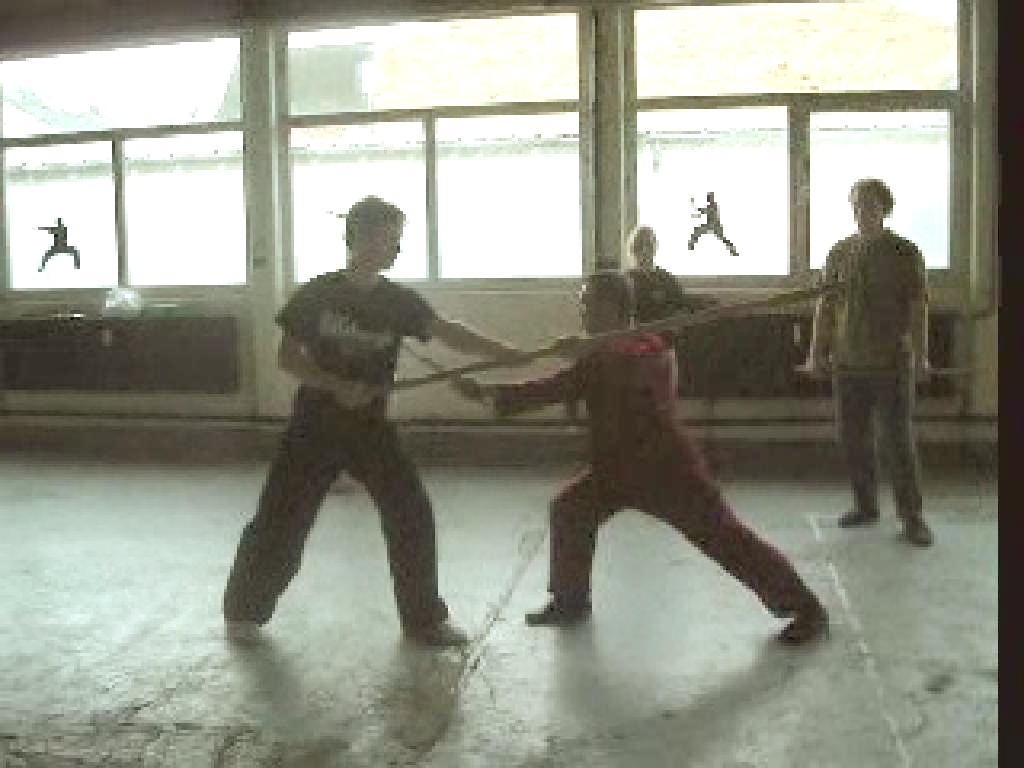 This pattern, which is used to deflect a chopping attack of a staff, is called "Rain Washes Clear Sky". 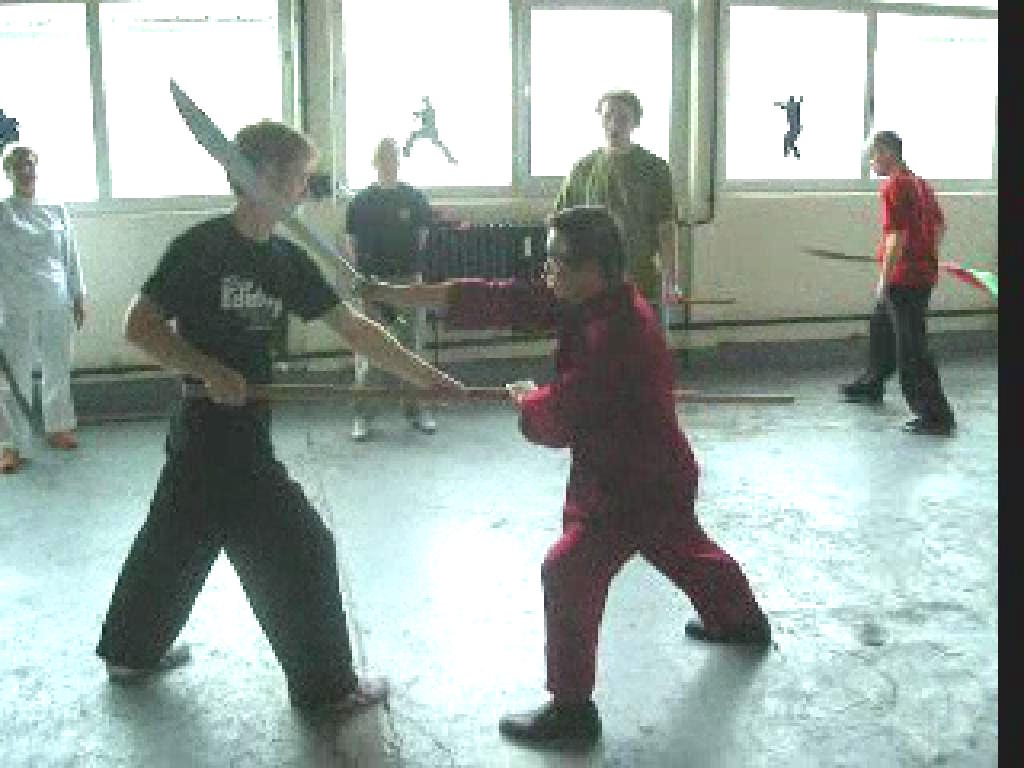 Another effective pattern to deflect a chopping attack of a staff is "Snow Flakes Cover Head".

8. Letting the Staff Glide Off 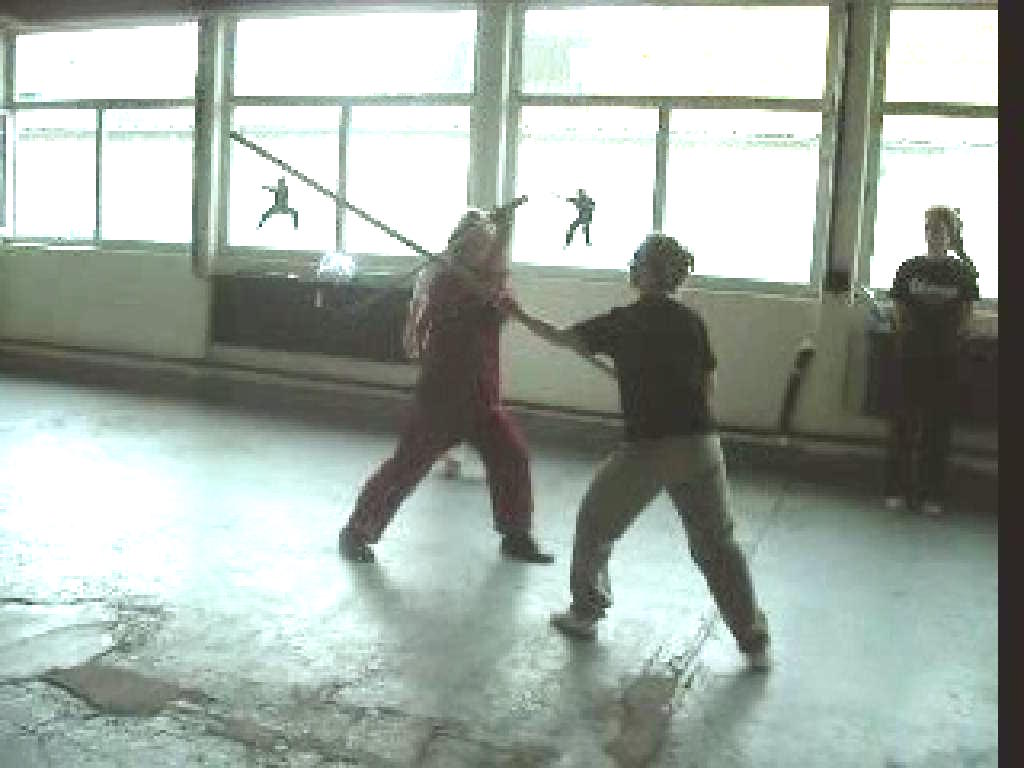 Use deflecting movements of a saber to let a staff glide off in its chopping momentum before counter-attacking the opponent. 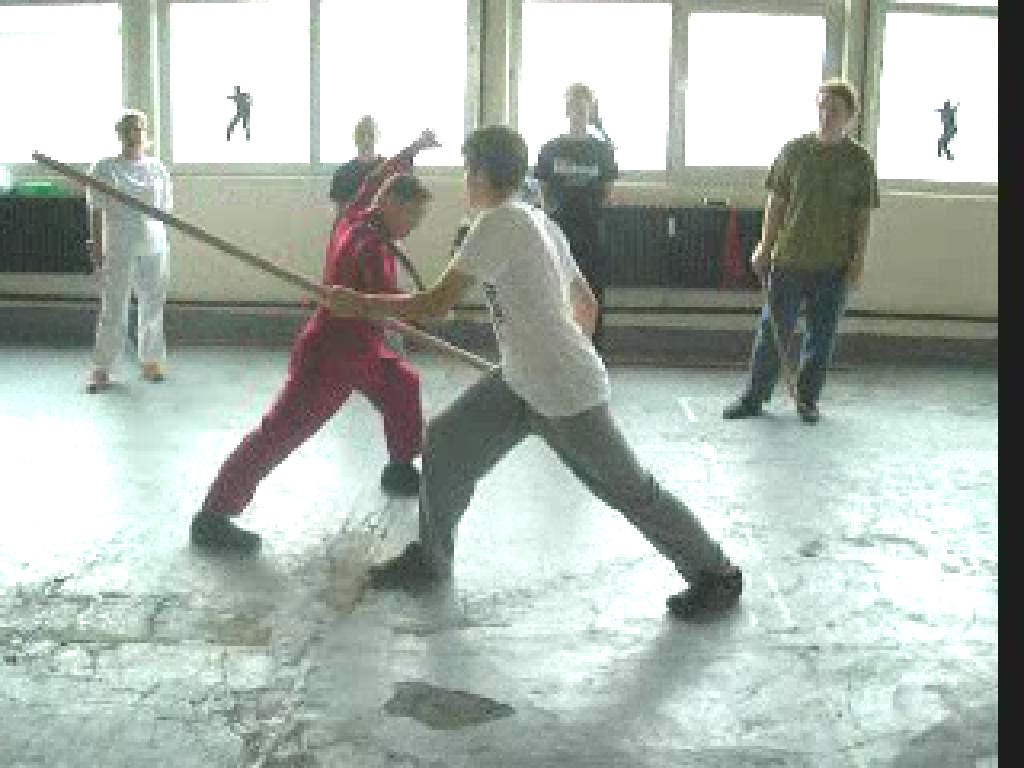 This is the tactic of "defence-cum-counter", deflecting an attack and counter-attacking immediately.. 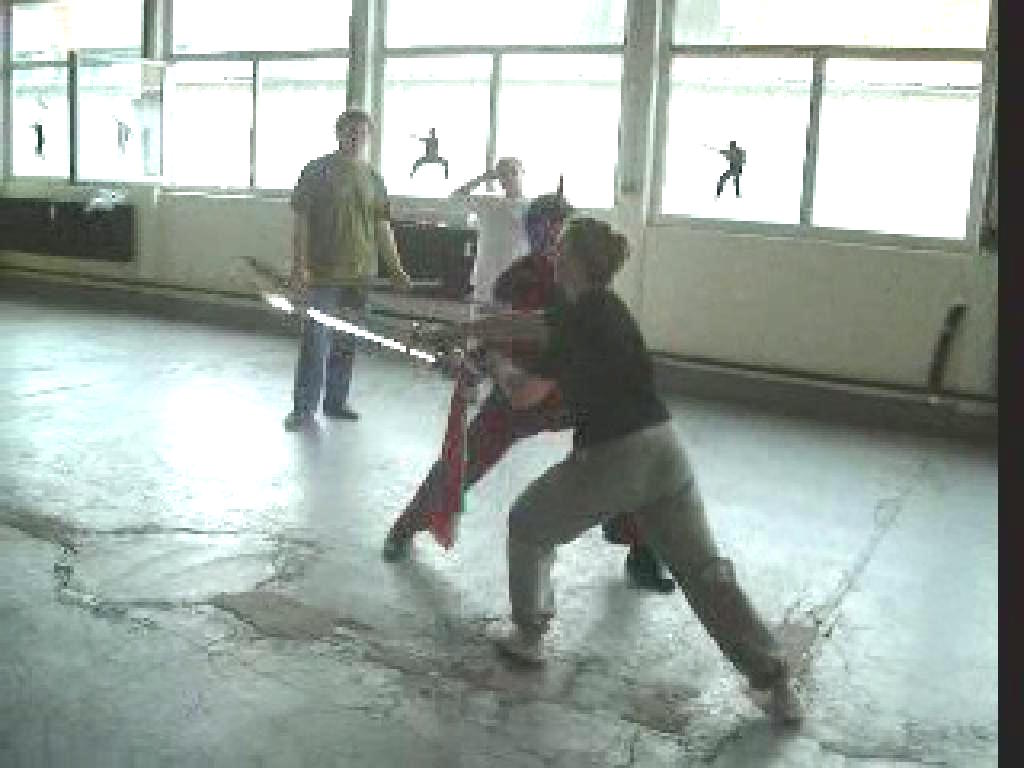 A horizontal sweep of another saber is deflectd. Notice that it is not a block.

11. The Most Formidable Weapon Attack 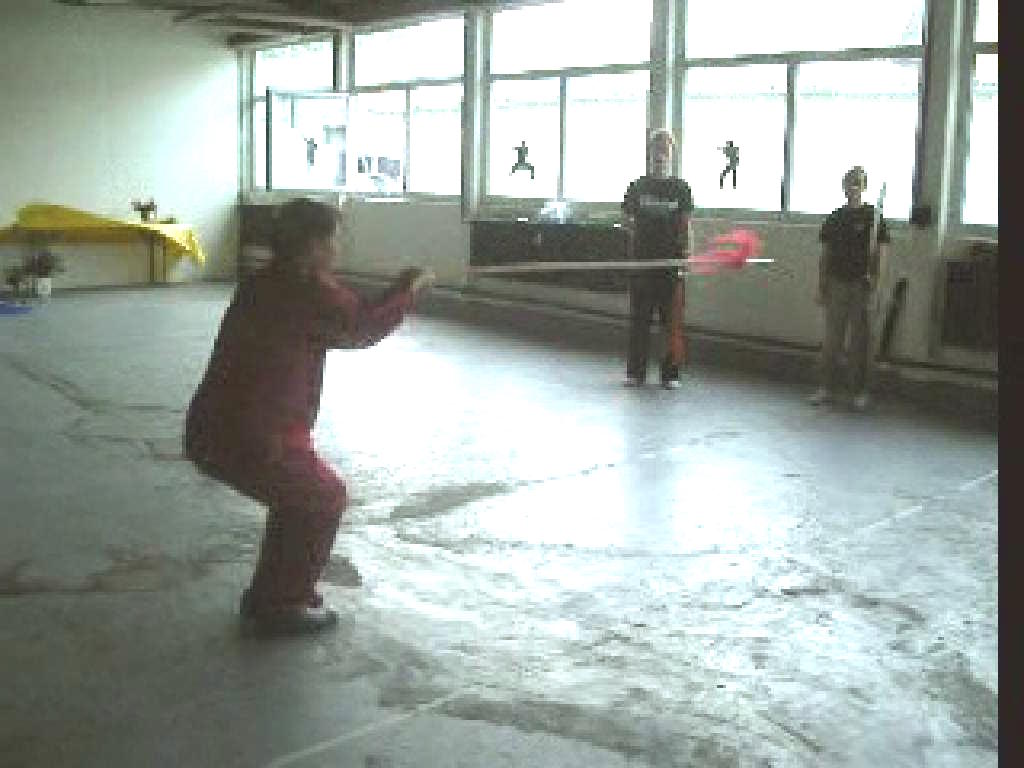 A spear-thrust is regarded in kungfu circles as the most formidable weapon attack.

12. Some Intricacies of the Spear-Thrust 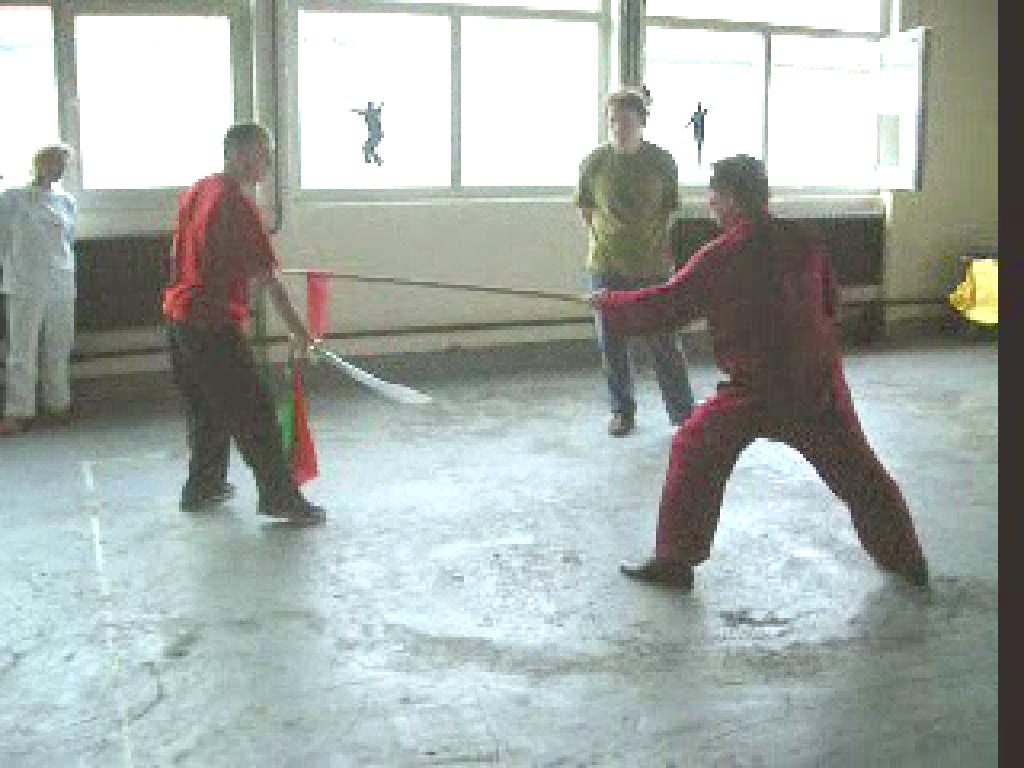 Here are some intricacies of the spear-thrust. 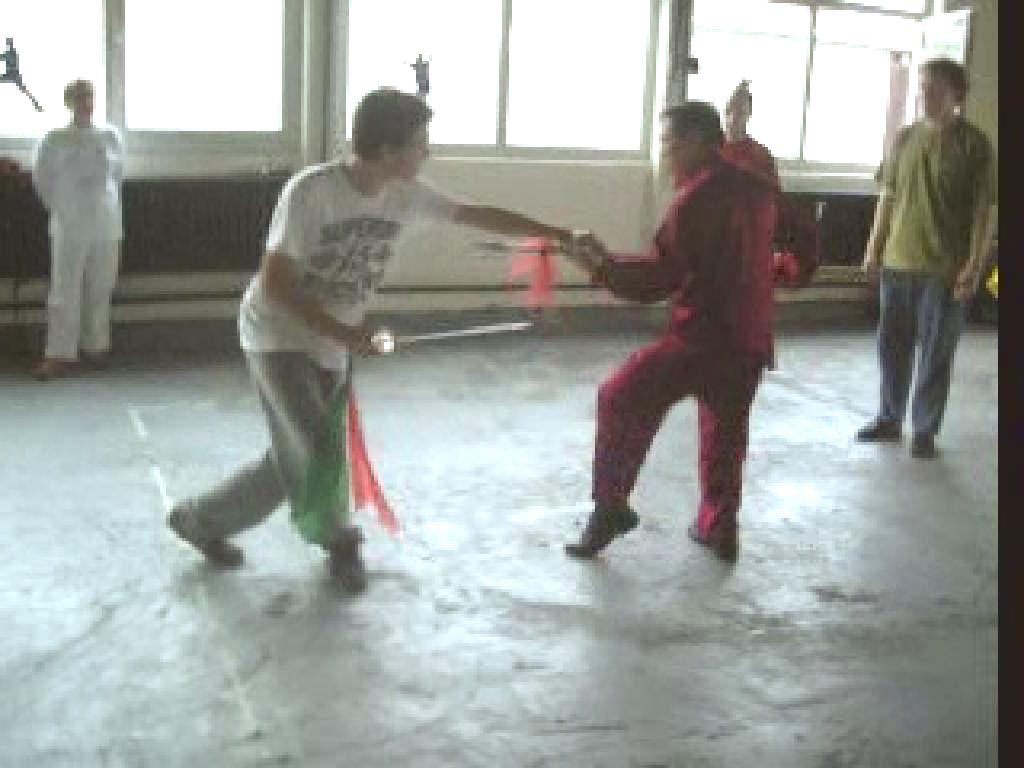 When in short range, a spear may be used as a dagger.

14. Countering Holds on the Spear 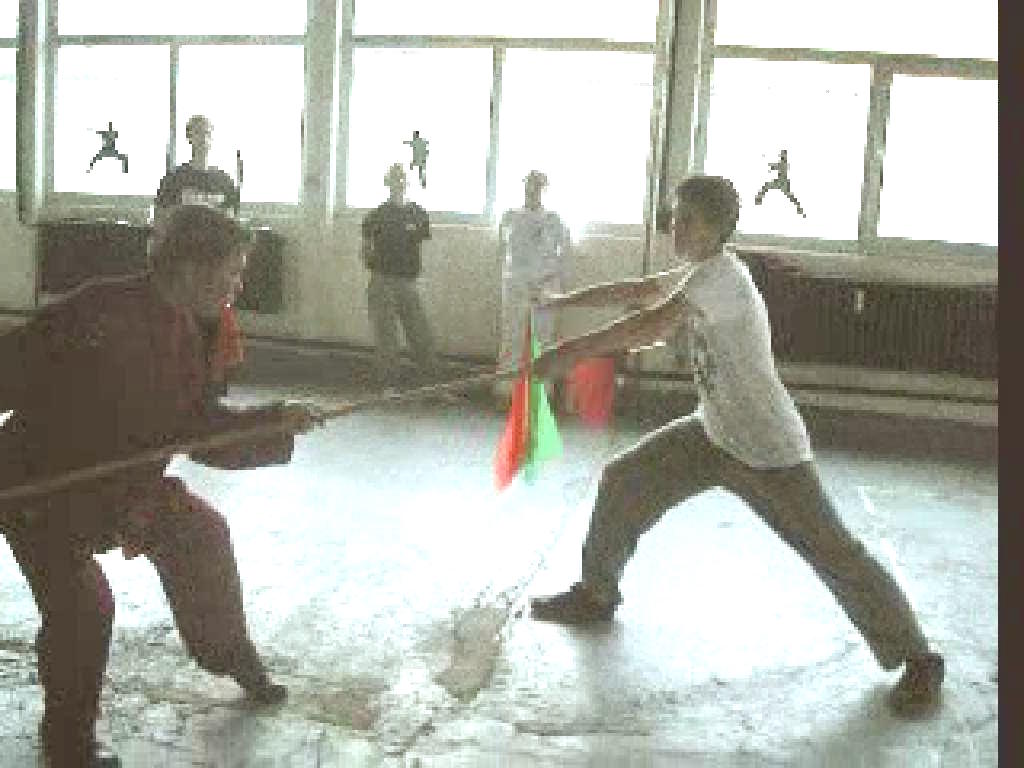 How would you counter if an opponent holds the shaft of your spear?

15. You Do Not Block a Spear Thrust 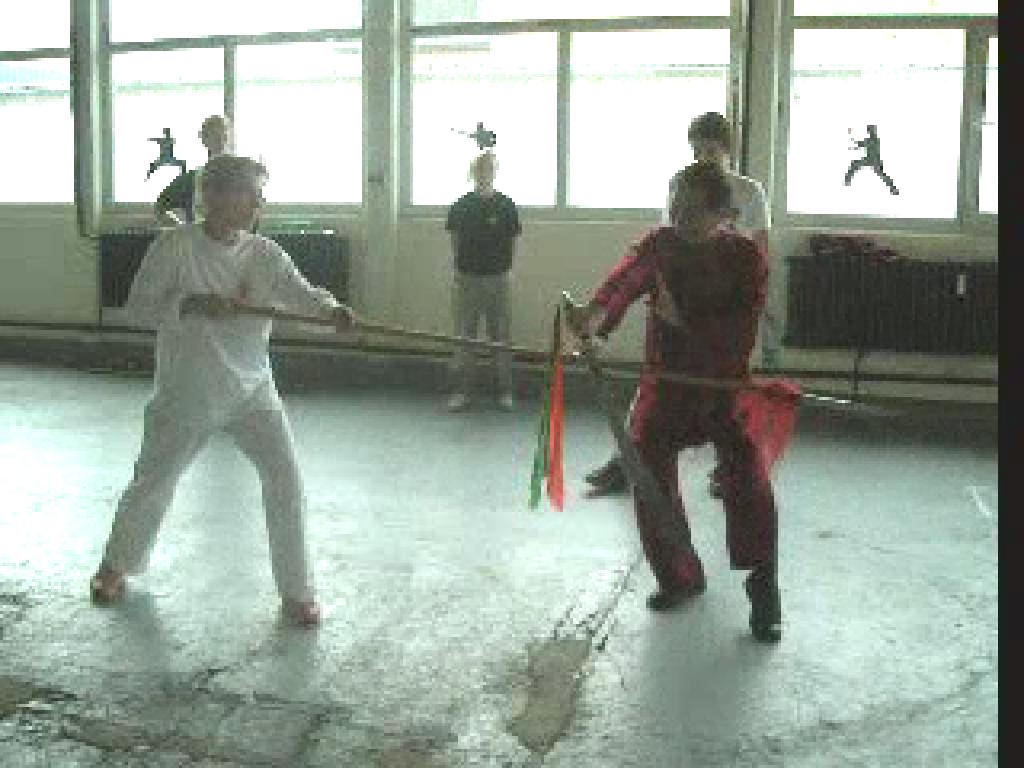 You do not block a spear-thrust, which can be dangerous. You deflect it safely.

16. Counter against Pulling and Thrusting

What should you do if your opponent pulls back his spear and thrusts you again as you try to deflect it? 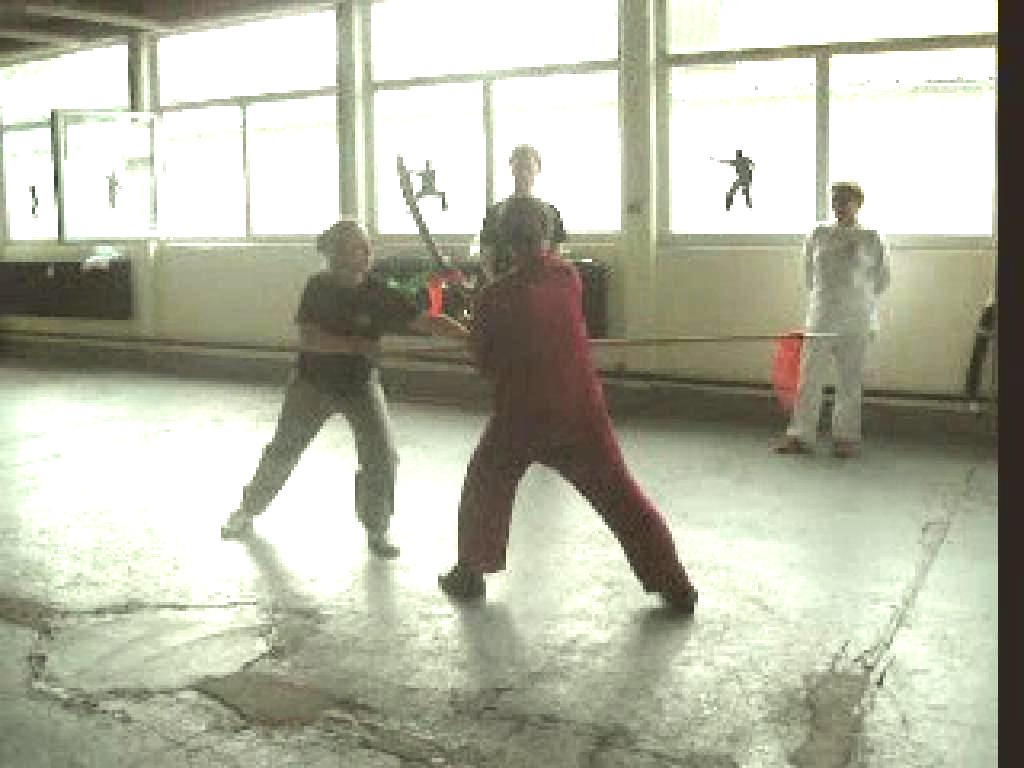 Here is a sophisticated technique to overcome the pulling back and then thrusting of an opponent's spear. This pattern is called "Rain Washes Clear Sky". 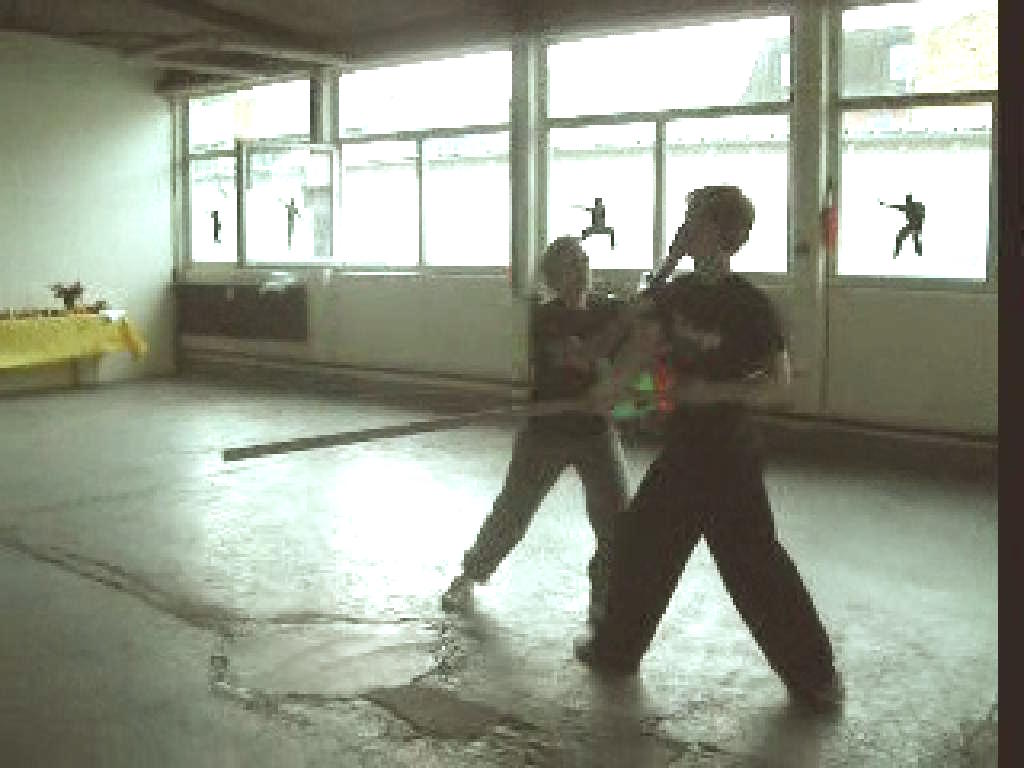 This is "Receive Wing Chop Tiger", deflecting and counter-attacking immediately. 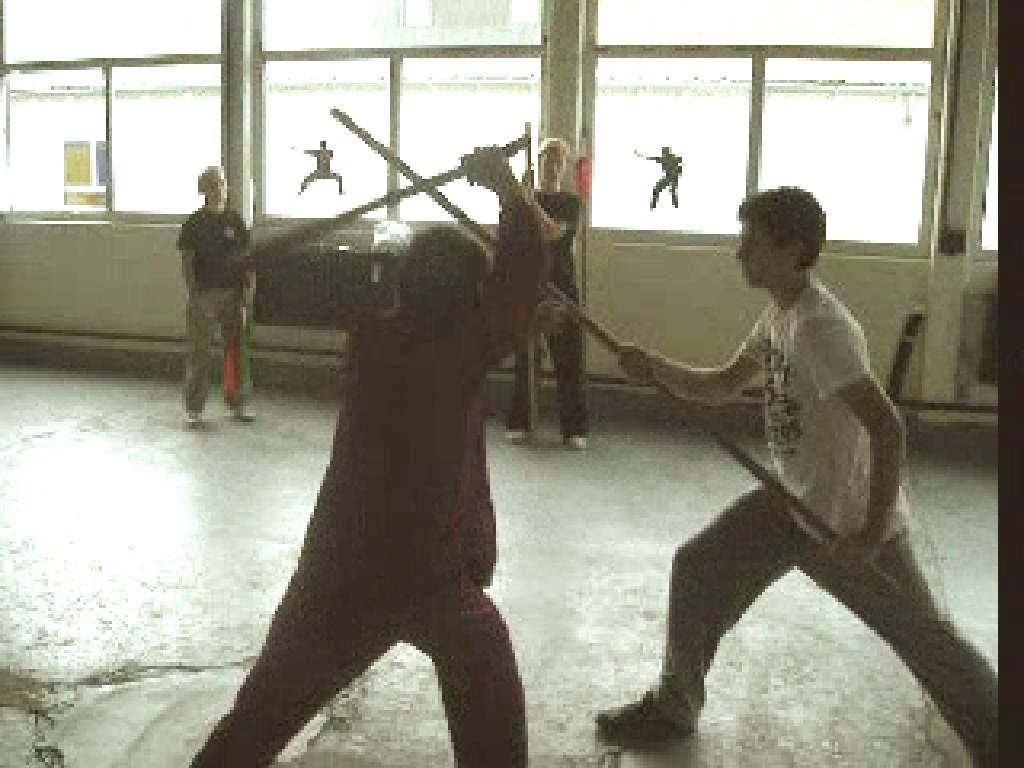 Dodge a horizontal sweep, then thrust out the saber with the pattern "Green Dragon Shoots Pearl". 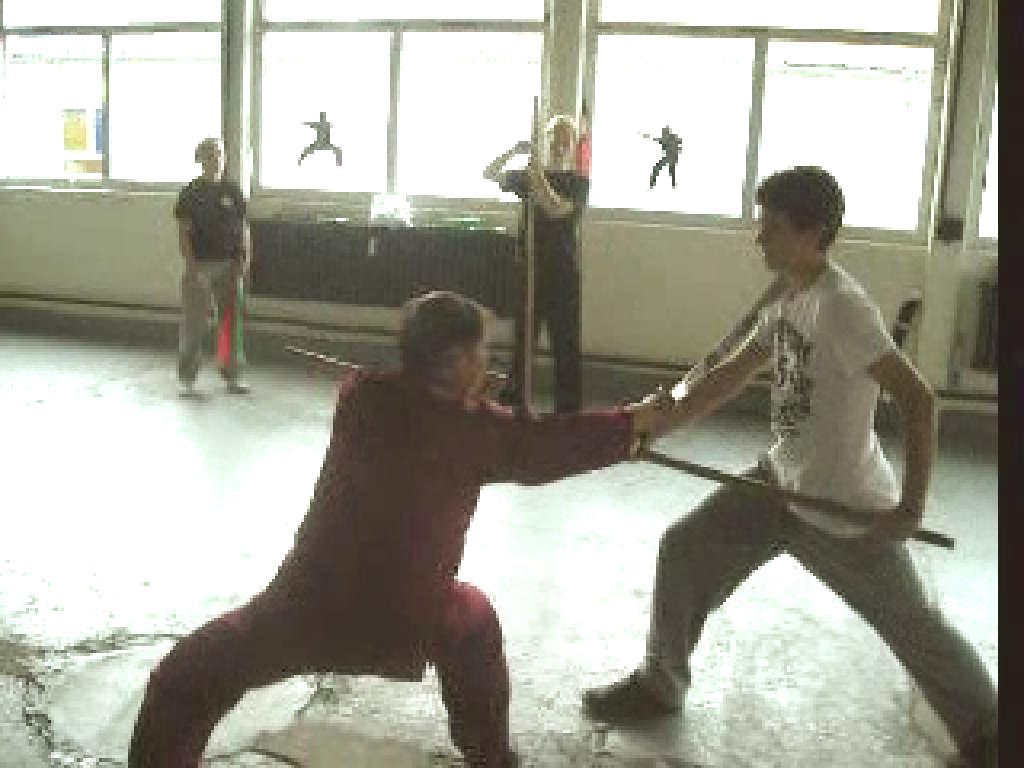 After deflecting an opponent's attack, move forward to chop him. This is the tactic of "defence-cum-counter", which is frequently used in the saber application. 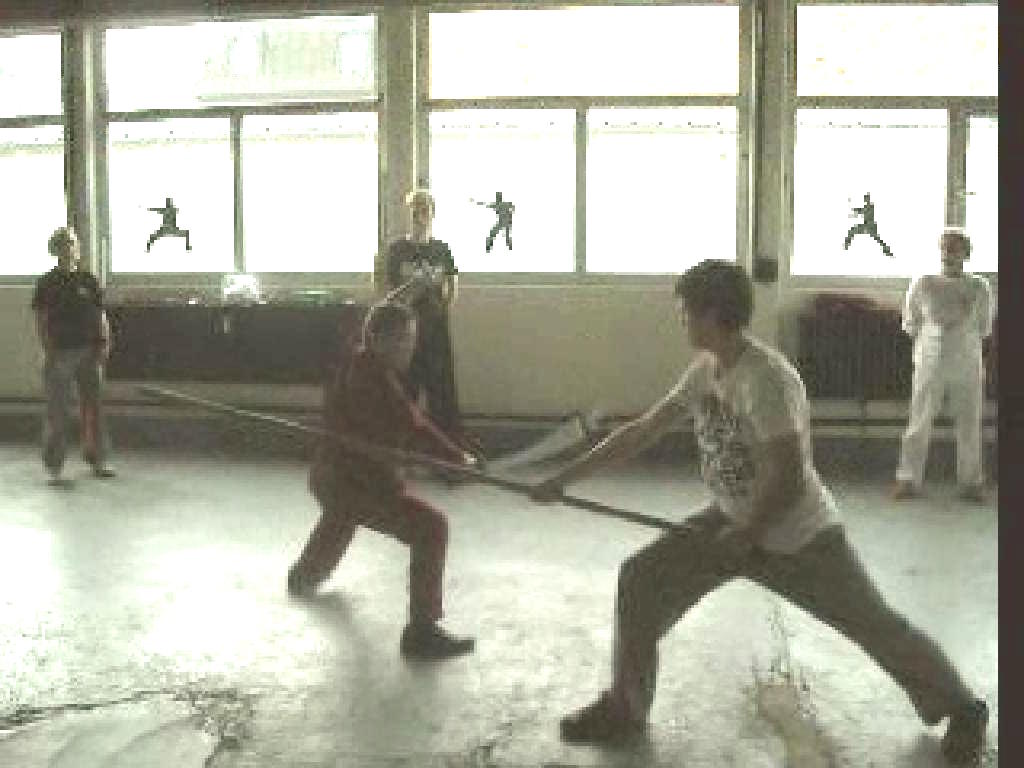 This is the tactic of no "defence direct counter". As an opponent moves in to attack you with a chop of his staff, you move in diagonally to chop his arm.