MOVING TO THE BACK OF AN OPPONENT WHO KICKS 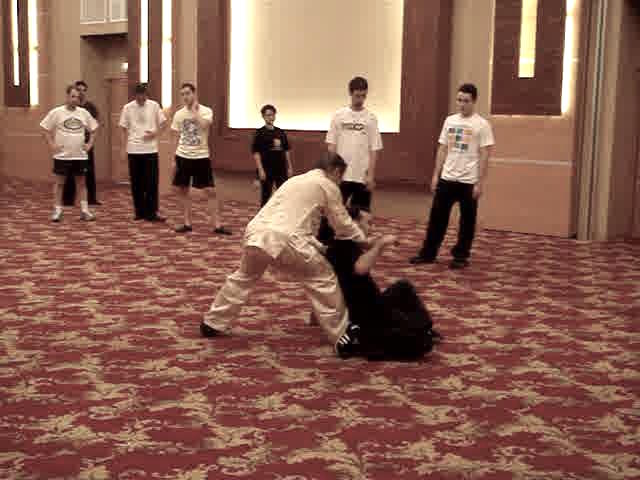 Many Wing Choon practitioners find it difficult to fight against opponents who use kicks frequently because, as is often claimed by Taekwondo exponents, kicks are longer and more powerful than punches. But those who learn Wing Choon Kungfu in our school need not worry. When asked about his early fighting experiences which style he found the easiest to fight against, Grandmaster Wong answered "Taekwondo". The reason? Because Taekwondo exponents frequently used kicks!

It must be clarified that this is no slight to Taekwondo. Grandmaster Wong respects all styles, including Taekwondo. And there are many high-level Taekwondo practitioners in our school, including international Taekwondo champions. Here, Grandmaster Wong is just stating his personal oppinion based on his own experiences. And in this video series he shares some of his tactics against Taekwondo kicks, including moving to the back of the attackers.