HAVING FUN WITH WRESTLING ATTACKS AND COUNTERS 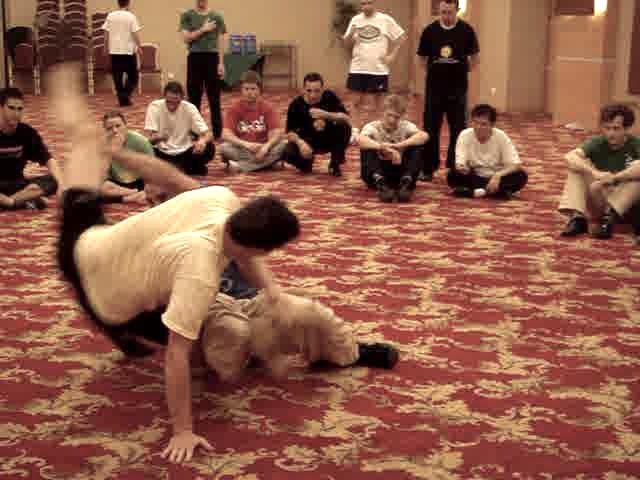 Sifu Robin pins down Sifu Eugene with "Reverse Riding of Donkey". Sifu Eugene counters with "Crap Turns Body" throwing Sifu Robin away. In a real fight, Sifu Eugene could have caused severe damage on an opponent in such a situation.

Sifu Robin and Sifu Eugene review the wrestling attacks and their counters. Course participants have a lot of fun practicing these techniques, followed by an interesting chi flow.

Please bear in mind that these wrestling techniques are meant as sports. Using these techniques in real fights where no safety rules apply would be suicidal.

On the other hand, when you know these counters, it does not necessarily mean you can successfully overcome a wrestler or a grappler. If he is fast, powerful or skillful, he will still pin you helplessly onto the ground.