HEAVEN SECRETS MUST NOT BE REVEALED INDISCRIMINATELY 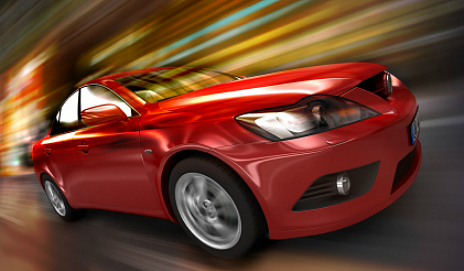 I had been having some strong vision of an automobile driving dangerously through stop light in front of me. Actually seeing an auto dangerously running through a Red Light is very rare for me. I don’t recall the last time I’ve witnessed it.

I normally drive quite cautiously and generally, stay very aware of traffic coming from all directions. For example, I don’t make a turn or proceed through an intersection until I see other moving cars stop first. I don’t assume they will turn or stop.

A few weeks ago I had the same vision again. A couple of hours later as I left my home, I indeed witnessed a car drive fast and dangerously through an intersection right in front of me without stopping and I avoided any danger by stopping before this happened. I stopped because I was aware of it before it happened.

To me it was a fulfillment of what I had been seeing in visions and I had no emotion attached to it. Since this event I haven’t had any further visions like this. Is this type of experience related to Zen?

Yes, this experience is related to Zen. In Absolute Reality there is no time and space. In other words. time and space are constructs of thought. When you have transcended thought in Zen training, you transcend this limitation even when you remain in the phenomenal realm.

As we progress in Zen training, we can perceive beyond time and space. In other words, we may see events that will happen in the future or happened in the past, or is happening somewhere at present in another place.

When one has such miraculous abilities, it is important that he must not reveal what are called “heaven secrets” indiscriminately even with good intentions. For example, if he sees his friend is to be killed in an accident, is he going to inform his friend? No, it is a “heaven secret”. How does he know whether it is a “heaven secret”? A good way is to ask God or whatever term he calles the Supreme. If he asks sincerely, he will always be given an answer, though sometimes he may have to interpret it according to his understanding.

From a mortal’s perspective, he may think he is doing good by informing his friend of the impending calamity. But from the cosmic perspective what is an impending calamity to him might be a good thing to his friend. It may, for example, a release favorable for him. It is certainly true that there are such events as blessings in disguise.