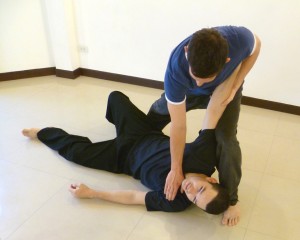 I am very interested to have good health and longevity into my old age and I have been hearing about Tai Chi and Qigong.

Tai Chi Chuan, often shortened to Tai Chi, and qigong, also spelt as chi kung, are excellent for good health at any age. It Is a mis-conception that Tai Chi Chuan is only for old people. Young people, irrespective of their gender, can benefit much from Tai Chi Chuan too.

Besides giving us good health, practicing Tai Chi Chuan and qigong also give us vitality and longevity as well as mental freshness and spiritual joys.

Good health and vitality should, but may not bring about longevity. On the other hand, it is sad to see old people sick and weak.

Why? It is because they do not generate any energy flow in their practice. In other words, they do not practice genuine Tai Chi Chuan or genuine qigong. Their forms are genuine, and they may have learnt from teachers with established lineage, but they have missed the essence of their arts.

This concept is not correct.

Qigong is an art of energy. Tai Chi Chuan is an internal, martial art. Tai Chi Chuan makes use of qi or energy for its martial as well as health and spiritual cultivation. Therefore, Tai Chi Chuna is a form of qigong.

This type of Tai Chi, which is the most common today and which is different from genuine Tai Chi Chuna practiced as an internal martial art in the past, focuses only on the external aspects of the body, and has no aspects of qigong. Nevertheless, those who have practiced this dance-like Tai Chi for a long time may have spontaneously generated some low level of energy flow.

Most qigong practitioners today do not cultivate their energy and mind; they only cultivate the external body. Actually this is not qigong, not even low-level qigong. It is gentle physical exercise using qigong forms.

Most qigong and Tai Chi Chuan practitioners today only cultivate the external body, without cultivating energy and mind, though they may not realize it and call their art qigong or Tai Chi.

In the de-facto situation today, i.e. the situation as it actually is and not the situation it should be, amongst people who practice Tai Chi and qigong as external exercise, which means the great majority of them over years some of them may have cultivated energy and mind without their own knowing. If all other factors were equal, it is easier to achieve this in qigong than in Tai Chi because generally there are less movements in qigong to distract the practitioners.

In the de-facto situation today, many Tai Chi practitioners develop knee injuries as a result of their training. This should not be the case, but it is. Such injurious training is less amongst those who practice qigong as an external exercise.

This confusing, or interesting, situation happens because most Tai Chi and qigong practitioners today do not practice genuine Tai Chi Chuan and genuine qigong; they only practice external Tai Chi forms and external qigong forms, and they are unaware of it. 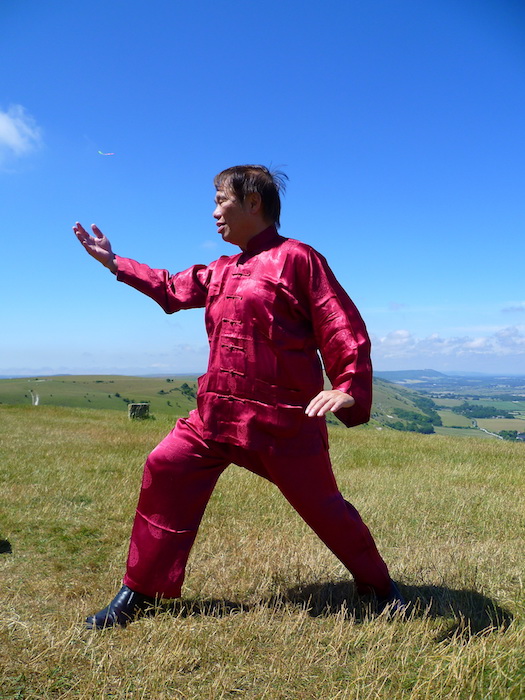 Someone has also said Tai Chi takes away chi from organs and puts it into the arms and legs.

This is the case when people, especially if they are untrained, are engaged in vigorous exercise, like sports and gym work. The energy needed for their vigorous sports comes from their internal organs and other parts of their body. That is why they are physically and mentally tired after the vigorous exercise.

It is an irony that many people think that they strengthen themselves by participating in vigorous sports. The reverse is true. They weaken themselves.

Your knowledge about genuine Tai Chi Chuan and genuine qigong is wrong. But your observation about people who practice Tai Chi and qigong as external exercise is right. This is the situation of most people today, including those who have practiced Tai Chi and qigong for many years. 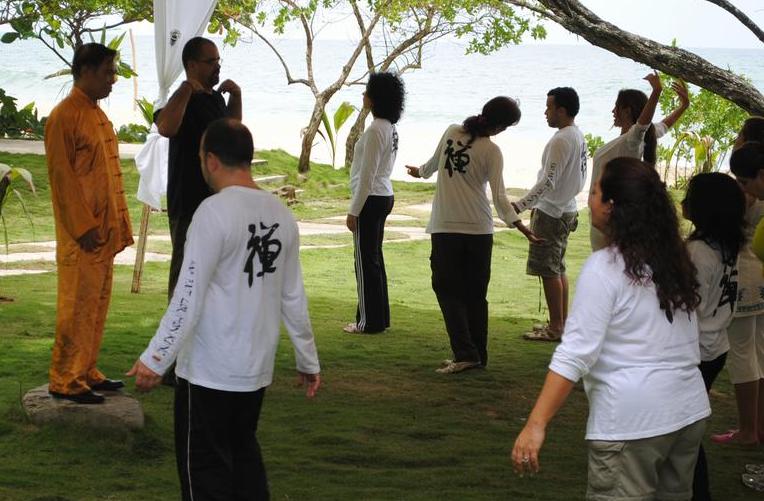 It may be incredible but any Shaolin qigong pattern can generate an energy flow that can overcome any illness!

How dose Shaolin Qigong differ from other Qigong?

There are many ways to answer your questions, depending on factors like perspectives and emphasis, but I shall answer it the way I see it honestly, though many people may not be happy with my honest answer.

For the purpose of overcoming illness, at one range there is a set of Shaolin exercises to improve eyesight, and at the other range there is Flowing Breeze Swaying Willows to overcome any illness! If you think that the exercise to improve eyesight must be simple, and the exercise to overcome any illness must be complex, you are in for a surprise. The set of Shaolin Eye Exercises consists of eight patterns, whereas any one pattern can be used to generate Flowing Breeze Swaying Willows!

Shaolin Qigong is also very versatile. If you are skilful, you can use just one exercise to overcome illness, to develop internal force and also to attain spiritual expansion into the Cosmos. You may also operate at any level of depth. Many other types of qigong are not able to do so.

The main aim of "ta chong" is to develop internal force. Then, why are "Lazy Man Waves Fan" and "Lazy Monkey Plucks Fruit" included in this section if they are not effective. The reason is that they are excellent for practicing how to manifest internal force. If one does not have internal force, the two patterns are not useful. 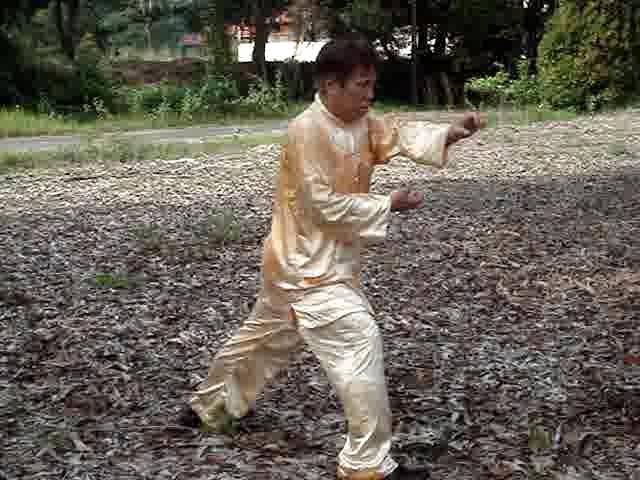 Please note that in our school, students do not address their teachers by name. It is considered very rude to do so.

When you are speaking or corresponding with someone else, like with me, you could address your teacher as "my sifu, Sifu Trini" so as to differentiate her from other sifus. You would then address me as "Sigung".

You need not worry unduly over your premature ejaculation problem. It can be rectified quite easily.

Just practice any one or more of the exercises you have learnt from your sifu or from me. The important point is not what exercise you practice, but whether your practice generates a chi flow. It is the chi flow, not the exercise, that overcomes your premature ejaculation problem, or any health problem.

Let us take an analogy. Suppose you want to buy a reference book but do not have enough money. So you take a part-time job. With the pay form your job, you can buy the reference book, or overcome some other economic problems.

To have better result, follow the three golden rules of practice: