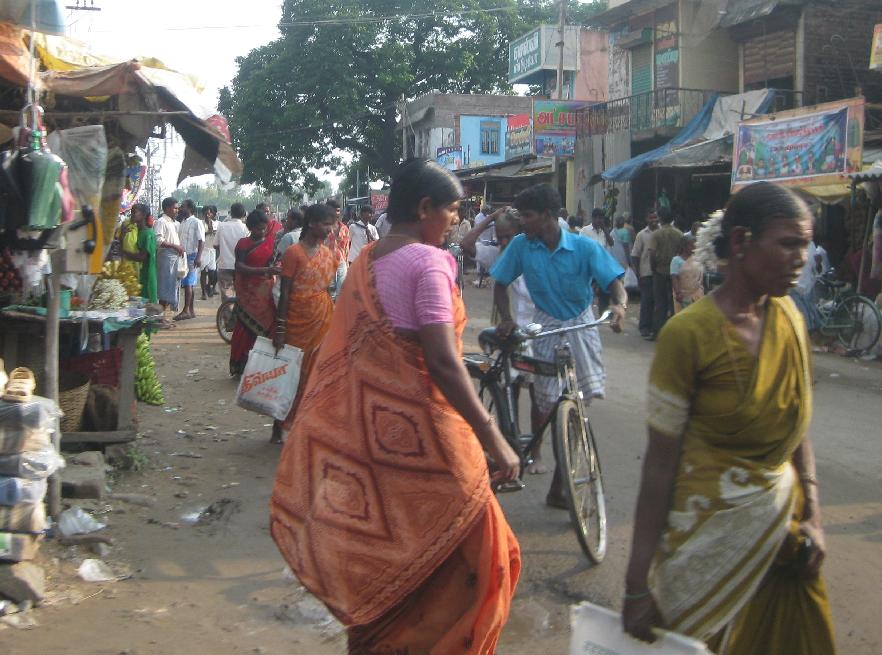 India is full of sounds and colours

I am a managing director of a large company, but I had a difficult past and had little money in the past.

Before my children were born, I was drinking a lot of alcohol and feeling very depressed. I made a commitment to improve myself and my future family. I was quite successful. I stopped drinking and managed to do well at work, despite often feeling frightened or desperate.

However, I realize now I was partly holding on. I found it difficult to socialize and maintain friendships.

However, things seemed to turn out well, which were associated with my wife and me working hard and making good decisions at important times. When things didn't go so well we dealt with them, and we made a commitment to my children who depended on us.

Not only you overcame your difficulties of your past, you have done extremely well in the present. Your success in overcoming your past problems would be a great inspiration not only for others but also for yourself.

You need not socialize with others if you don't want to. You have your own family to look after and live with.

But if you want to extend your sphere of socialization, you can socialize with your friends and other company directors. You don't have to prove to yourself or to them that you can socialize, you do so simply because you like it. You will then find that you can let go, and not holding on.

Recently I find old patterns returning. I notice thoughts of fears of loneliness, worries about financial security, unhappiness and strong feelings of lack of motivation and pointlessness.

Our past always remains with us, no matter how successful we may be in the present. But you don't have to recall it. If it returns to you on its own, just breathe it away, like you breathe out stale air, if you do not want it. Or, occasionally if you like, you can indulge in some nostalgia but without letting it bothers you.

In my case, for example, I had some very painful experiences when my own students whom I selflessly nurtured, and people whom I literally saved from dying, betrayed me. But I never let my past troubled me.

If the painful memories cropped up on their own, I just breathed them away. If, on rare occasions when I wanted some nostalgia, I recalled those painful memories fondly, being thankful that they were actually opportunities for my improvement.

Without those betrayals I would not be what I am now, traveling the world enjoying the best food and the best scenery, while giving health and happiness to people irrespective of race, culture and religion. I never allowed those bad memories to hold me up; in fact I am more active now than before in nurturing students and saving lives 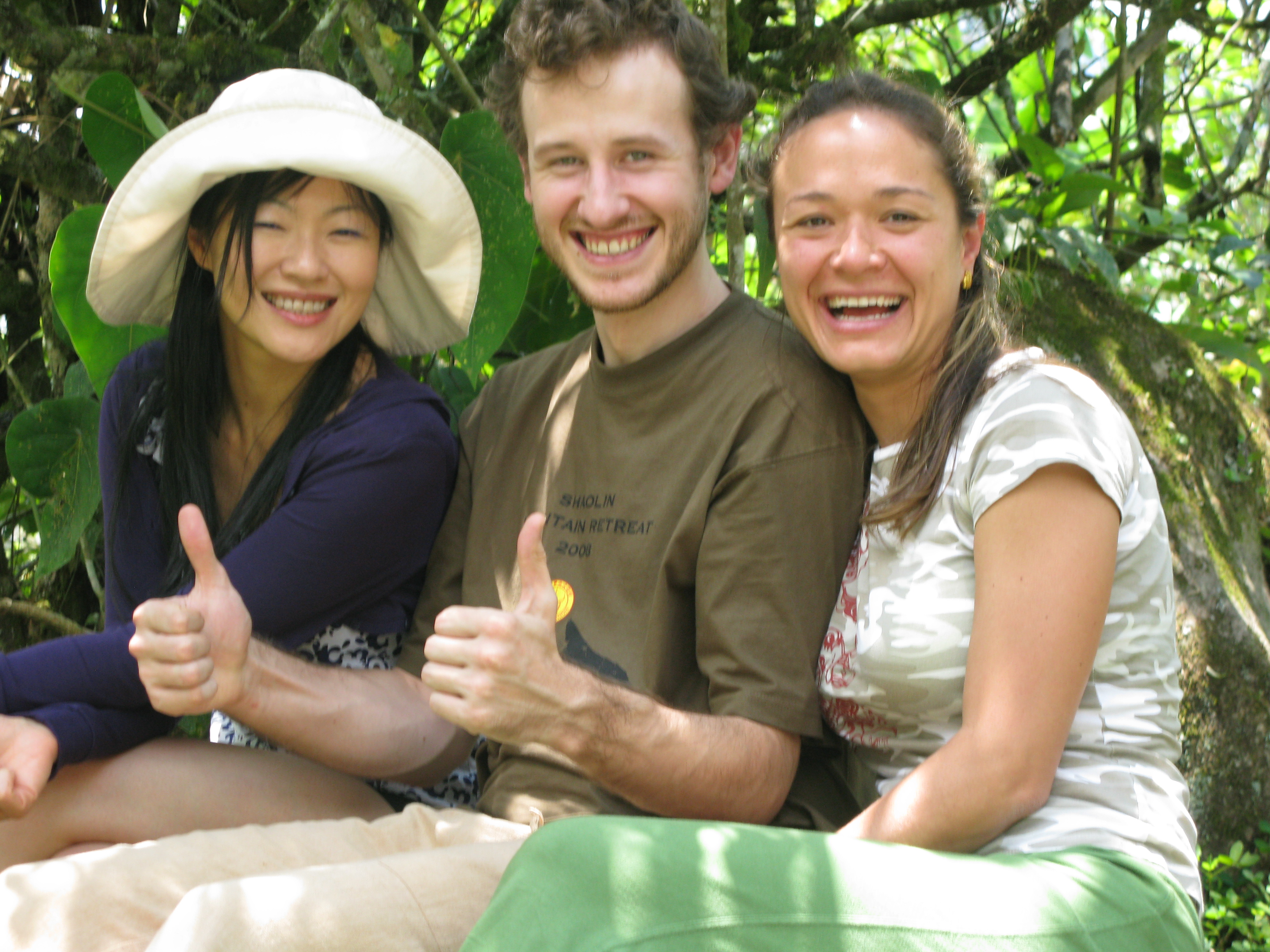 I also think of people in under-developed countries where life is cheap, with problems of corrupt politicians putting their own interests before the people. This can leave me feeling hopeless for the future of the world.

It is noble of you to think of the social and political problems in under-developed countries. But the fact is that these people may not be suffering the way you imagine them to be. In fact they might be happier than many people in England.

A few years ago I was in Toronto. A shop dedicated a portion of its profit to people in Africa, and the shop owner told me how miserable the Africans were, so she thought. I thought differently. I thought that although the economic level of the African people was nothing like that in Canada, most Africans would be happier than most Canadians.

My experience in India was illuminating. The people were very poor, and their living conditions in slums were simply unimaginable to most Europeans. Many people as well as organizations in Europe were very noble in raising funds for them. But from my direct observation, I believe the people in India were generally happier than the people in Europe.

One of our instructors in England mentioned that many English people felt shameful of themselves because the English colonized many countries in the past. I contented that the English should change this perspective.

While the English gained a lot from their colonization, they also gave a lot to the indigenous people. Even everyday things we now take for granted, like pipe water and electricity, were the direct result of colonization. It is well known that expatriate companies look after the welfare of their employees very well. Indigenous companies tend to exploit their workers.

This general feeling of shame amongst the English could be a subconscious cause of your unhappiness. You need to make a paradigm shift. Be proud of what your forefathers did. Be proud of being English. Be aware that the English did bring a lot of benefits to many people in many places. The English Empire, like the Spanish Empire, was where the sun never set.

I am even worrying now that I have been a less good father and husband than I had planned or hoped to be.

The fact that you made a commitment to provide well for your children, and that you and your wife worked hard to build up your company shows that you have been a responsible father and husband. 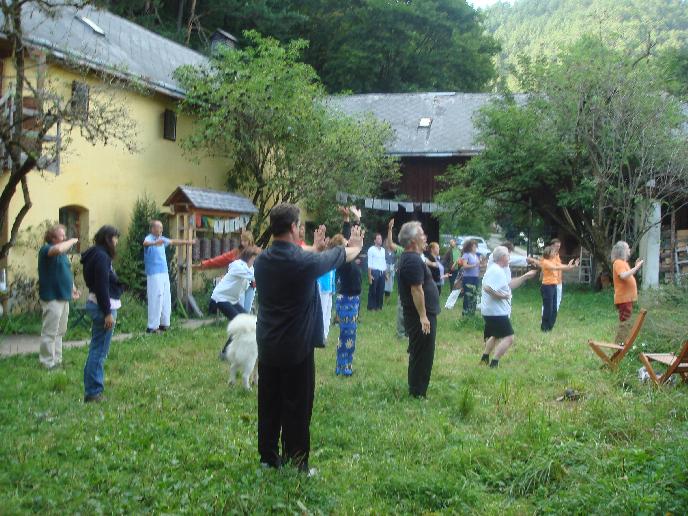 As I write I realize there are a few problems:

Whether one is joyful depends not on social, economical and geographical factors but on his mind set. The happy Indians in their slum areas are an inspiration.

If you stop worrying and stop intellectualizing, you will find it easier to take joy in the world and everyday life.

If you realize that you have a good family, are the managing director of a large company, and live in a highly civilized country, and be grateful for all these blessings, your joy in the world and everyday life will be assured.

You don't have to achieve more and join the mad, rat race. Make your life meaningful everyday. Find joy and beauty in simple things, like seeing your customers happy with your products, and your workers well paid for their job.

You have achieved much in this world. Your workers would like to exchange their life with yours, but you may not want to exchange your life with the Queen.

This seems somewhat self-pitying as I am fairly wealthy and am probably in the top few percent of income in the world. I am scared because I thought these issues had passed.

All these issues had passed. You just made them up in your imagination.

From drinking a lot of alcohol, you have now overcome the problem. From being very depressed, you have become caring for people in under-developed countries. From having no family, now you have a wife and children. From having little money, you are now in the top few percent of income in the world. Count your blessings and enjoy life wholesomely. 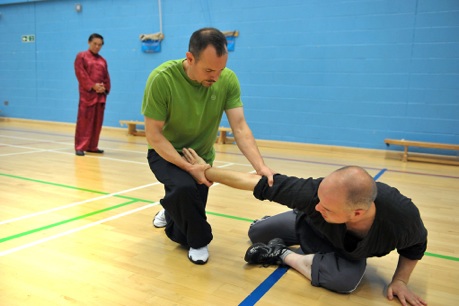 This is Xingyiquan. Would you call it Shaolin or Wudang Kungfu?

Back to my first question, in your view is homosexuality wrong?

If a person is sick, he can get well, irrespective of the illness, including so-called incurable disease, because it is natural to be healthy. Practicing genuine chi kung is an excellent way to help a sick person become healthy.

This is the same as overcoming diseases. A person is sick due to biological reasons. Some parts in his body is not adjusting accordingly to changing conditions inside or outside his body. For example, if his own systems cannot adjust to viruses, he may have a viral infection. Practicing genuine chi kung will help him make the appropriate adjustment, and he will overcome the viruses and be healthy again.

If the cause of his homosexuality is not biological, but due to other reasons like social, environmental or other factors, practicing genuine chi kung will also help him overcome the problem. It is the same as overcoming illness. Some diseases are due to stress or environmental changes, but practicing genuine chi kung can overcome these factors and enable the patients to be healthy again.

I read from your webpage that Xingyiquan was invented by Yue Fei who was a Shaolin master. This means Xingyiquan belongs to Shaolin Kungfu.

Can you please explain?

Many people, including many kungfu practitioners, even some masters, classify all styles of kungfu into Shaolin and Wudang. According to this classification, Shaolin Kungfu is hard and external, whereas Wudang Kungfu is soft and internal. Taijiquan, Baguazhang and Xingyiquan are internal arts, and they belong to the Wudang group. All other kungfu styles belong to the Shaolin group.

This classification was originated by a Chinese scholar in the 20th century who wrote a treatise on "A Study of Shaolin and Wudang". I have a copy of this treatise. This classification is incorrect, but has been established and is popularly used by many people, often without understanding its meaning.

A few Chinese terms that have been well established belong to this situation. They are incorrect, but have been established as if they were facts. Two infamous examples are "Yin-Yang" and "Five Elements".

It is commonly said, even by otherwise authorities, that yin and yang are two primordial forces of the universe. Yin and Yang are not primordial, and they are not forces. They are just symbols representing two complementary aspects of any thing. A woman, for example, is referred to as yin, when she is compared with a man, and the comparison is usually not openly stated; it is understood. If we compare the strength of a woman who is strong, with a man who is week, the woman would be yang and the man yin.

It is commonly said that the Chinese regard all things in the world to be made up of five elements. This is incorrect, and the mistake is due to a wrong translation which has become established. The Chinese realize that there are countless processes in the world, and all these countless processes can be classified into five archetypes called "wu xing", which means "five movements" or "five processes", but the term has been wrongly translated as "five elements".

Of the three internal arts, Xingyiquan is the one that has no connection with Wudang. It is also the one that is directly developed from Shaolin Kungfu by the great Song marshal, Yue Fe, in the 12th century.

Taijiquan was evolved from Shaolin Kungfu by Zhang San Feng, who developed the art on Wudang Mountain. It was initially called Wudang Shaolin Kungfu, but later shortened to Wudang Kungfu.

It is generally accepted that the First Patriarch of Baguazhang was Dong Hai Chuan who lived in the 19th century. He was well versed in Shaolin Kungfu and developed Baguazhang after learning from two unnamed Taoist saints on Hua Mountain. There was no connection with the Wudang Mountain. But a lot of Baguazhang philosophy is described in Taoist terms, and Wudang Mountain is famous for Taoist cultivation.

While it is internal, Xingyiquan is relatively hard. It does not resemble the soft image of Wudang Kungfu many people have in this mistaken classification. If Xingyiquan were to be performed to a group of people, without telling them it was Xingyiquan and they were asked to guess whether it was Shaolin or Wudang Kungfu, it was likely that many would call it Shaolin, which is correct. In fact, the term "Shaolin" is sometimes prefixed to "Xingyiquan", calling it Shaolin Xingyiquan, but never Wudang Xingyiquan.