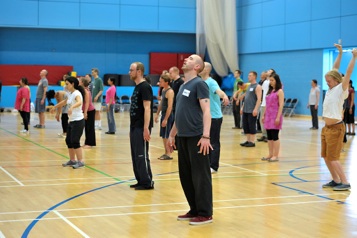 Past masters took many years to attain energy flowing at the five levels, but we can attain this in just four hours! How is it possible?

This is ridiculous but true.

There are two main reasons.

Past masters did not differentiate between techniques and skills, whereas we do. They practiced any techniques they were taught when they were students. When conditions were ideal, they developed the necessary skills, often without their conscious knowing. These ideal conditions happened infrequently even when they practice every day. Over a long period, like after many years, they accumulated enough results, which happened haphazardly, to feel energy flowing at these five levels.

Let us take an analogy. In this course, many students come from other countries, like from England, Austria and Holland. If they do not have the right techniques, like a car or a train, and do not have the right skills, like traveling along the correct routes, but just travel haphazardly even they travel everyday they will take many years to arrive at Frankfurt if they ever do. But they took only a few hours to arrive because they have the right techniques and the right skills, i.e. they drove a car or took a train, and travelled along the right routes.

Secondly, instead of developing the necessary skills on their own, which would take at least few months, I transmitted the skills to them so that they could get the benefits immediately.

Is there any difference between Golden Bridge and Bone Marrow Cleansing at Muscle Level in developing internal force?

It is significant to note that the comparison is relative. Bone Marrow Cleansing at Muscle Level is more consolidated than many other methods of force training, but compared to Golden Bridge it is more flowing.

As a rough guide the proportions of consolidating and flowing are as follows in the following force training methods.

This list is flexible and serves as a rough guide. It varies according to many factors, like the mood, knowledge and ability of a practitioner. In our chase, we can vary the proportion according to our wish. We may, for example, practice Iron Wire with a proportion of 20% consolidating and 80% flowing.

There is also a difference between the time needed between Golden Bridge and Bone Marrow Cleansing at Muscle Level to develop internal force.

If one takes 15 minutes to develop a certain amount of internal force in Golden Bridge, he takes only 10 minutes to develop the same amount in Bone Marrow Cleansing at Muscle Level. This again is only a rough guide, and may vary due to different factors.

Nevertheless, as revealed just now by practitioners who had trained in both methods (during a Bone Marrow Cleansing Course in Germany in Sept 2014) that although they found Bone Marrow Cleansing at Muscle Level more forceful, they still preferred Golden Bridge. The important lesson is that being better and preference are not necessary the same, and this important lesson is applicable in daily life. 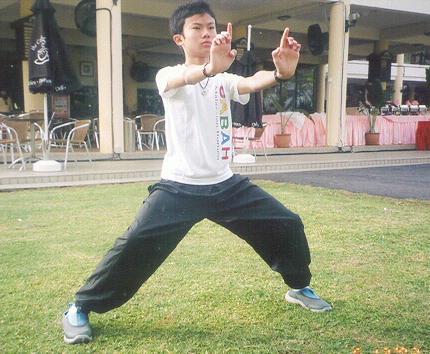 It is not the same. But we still use the term "Bone Marrow Cleansing" in honour of Bodhidharma.

Depending on various factors, from the time they started practicing chi kung to the time the energy flowed at their bone marrow level might ranged from five to twenty years. This happened only to those who succeeded in their training, and they formed a minority. Most practitioners would not have progressed this far, even when they practice genuine chi kung.

Can we practice different levels in the same session of Bone Marrow Cleansing?

Yes, you can although generally you will get better results by practicing just one level per session.

If you practice more than one level, you need not repeat the techniques for the subsequent levels. You only need the gentle visualization. Secondly you can practice the various levels in any order, not necessary in ascending order.

Let's say you wish to practice Bone Marrow Cleansing at the levels of the meridians and the skin. You can start with Pushing Mountain, and direct your energy to flow along the meridians. When you are satisfied with this level of energy flow, you just direct energy to flow along your skin. You need not perform Lifting the Sky to generate nnergy flow at the skin level, you just use your visualization when you are in a chi kung state of mind. If you wish to perform Lifting the Sky, you can also do do. 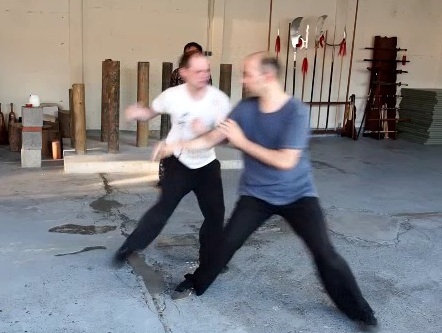 The nature of training is different in kungfu and chi kung. Hence, one may train longer in kungfu and not be over-trained though its training methods are more powerful

You recommend only 15 minutes in chi kung training but an hour in kungfu training. Can you please elaborate?

No, it is because the nature of kungfu training is different from that in chi kung training. In kungfu training, besides developing force you also perform a lot of mobile activities like set practice and combat application. These mobile activities spread your force so that you will not be over-trained, even when you have more energy at the end of the training session than before.

But if you just perform force training in kungfu for more than 15 minutes, like just practice zhan zhuang, One-finger Shooting Zen and Lifting Water, unless you have spent some time in the training to progress gradually so that you body can take the extra energy, you will be over-training.

In chi kung training, you only perform force development. Practicing more than 15 minutes of force development may be over-training as your physical body is not ready to take the extra energy.

Indeed, in the past many Taijiquan practitioners performed carrying the Cosmos, which was the hand form in the Three-Circle Stance, in the Horse-Riding Stance instead of the Goat Stance.

Some practitioners perform Golden Bridge in the Goat Stance instead of the Horse-Riding Stance. 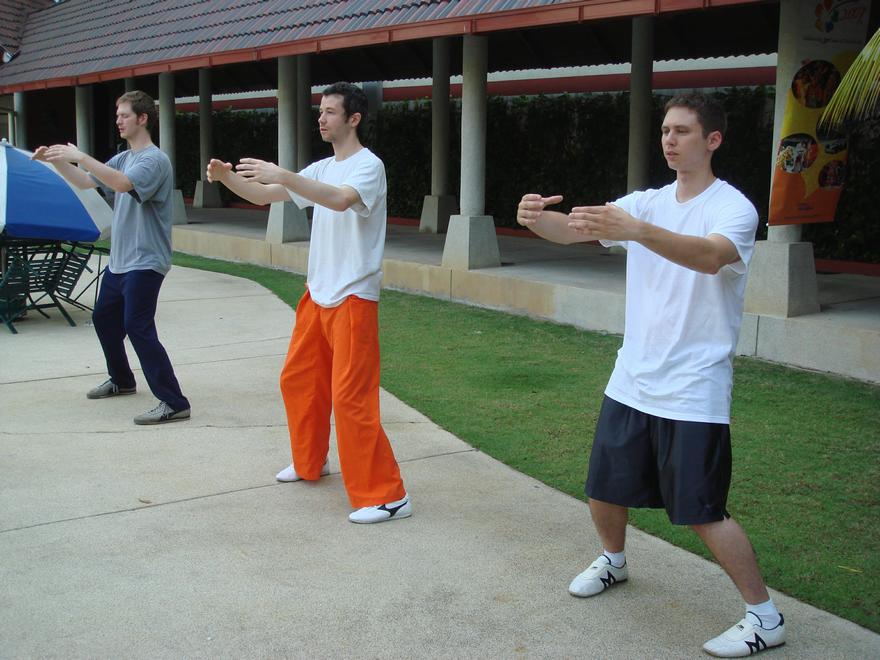 I am troubled by a neurosis. Whenever, for example, I'm about to sit down or settle somewhere, I always have to check that there are no visible life forms present, like bugs, so that I won't crush them. I base this on the principle that all lives are equal. But is this the truth? Can I safely sit down without always checking, or do I have to try my best to avoid killing anything?

No, it is not true that all lives are equal. The lifespan of a bug, for example, is only a few months, whereas the lifespan of a human is many years. A bug does not have the opportunity to practice chi kung, whereas a human has. If he practices chi kung, i.e. genuine chi kung, and not merely gentle physical exercise which many people mistake for chi kung, he will live longer, healthier and with more vitality.

It is also not necessary true that you will crush a bug when you sit down. I actually don't know how bugs feel, but I reckon that a bug would feel warm and comfortable when the soft part of your body rests on it. So sit down comfortably whenever you want to.

I usually asked people with such problems to practice genuine chi kung, but from experience I have found that many of them end up with gentle physical exercise that does not overcome their problems. To save you time and effort, I ask you straightaway to attend my Intensive Chi Kung Course. You will not only overcome your neurosis and other health problems if you have, you will also find life more joyful and meaningful.

Do you recommend physical exercise or is Chi Kung enough for overcoming depression and anxiety? If so, what kind of exercise would be the best?

Just practicing high-level chi kung is enough for overcoming depression and anxiety. It is not necessary to practice physical exercise or take food supplement.

Please take note of two important points: it must be genuine chi kung, and it must be of a high level. Genuine high-level chi kung is of course very rare nowadays.