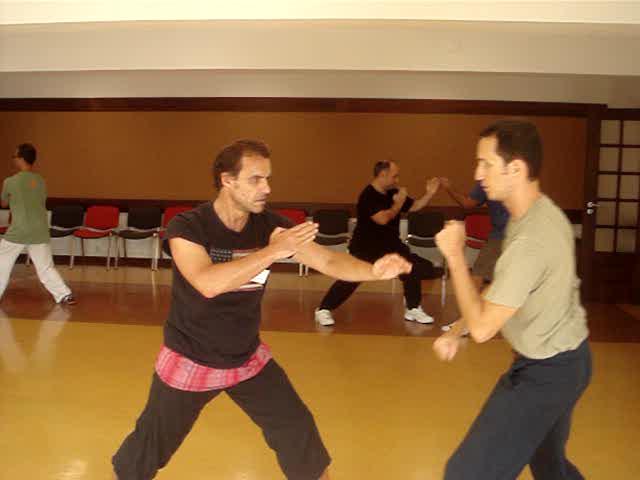 The same form is used in Taiji dance and genuine Taijiquan, but in the former it is for show, and in the latter it is or combat application

I have been talking with my wife and we plan to take Tai Chi classes. I want to learn more about the history as well as the spiritual and mental aspects of the art. What recommendations would you offer to a future student?

If you are contented with Tai Chi dance, it is easy to find an instructor, and its practice is generally easy and fun. Finding a genuine Tai Chi Chuan master is very difficult, practising it is even more difficult, but the rewards are worth all the difficulty.

The history of Tai Chi dance is about fiffty to a hundred years. There was no specific point in time when Tai Chi dance started, and there were no founders. Tai Chi dance developed, or more correctly degenerated from genuine Tai Chi Chuan perhaps about a hundred years ago, but it has gathered momentum very quickly in the last fifty years.

A simple, effective way to find out whether yours is Tai Chi dance or Tai Chi Chuan is as follows. As genuine Tai Chi Chuan is an internal martial art, you can find out by checking whether your have learnt (or will learn) anything internal and martial in your art. If you are not sure, you can count that you have not learnt them; if you have, you will surely know.

Tai Chi Chuan has a history of more than seven hundred years. Its “founder” was the great Taoist priest Zhang San Feng, who evolved it from Shaolin Kungfu. It was first called Wudang Long Fist. Later the scholar-general Chen Wang Ting called it Tai Chi Chuan, which means “Cosmos Kungfu”.

There is nothing much that can be considered spiritual or mental in Tai Chi dance. Although in theory many Tai Chi dance instructors may say that their art is rich in Taoist philosophy which pays much attention to the spirit or mind, in practice virtually all their attention is given to physical matters, like how to co-ordinate your hands and legs, and how to move gracefully. 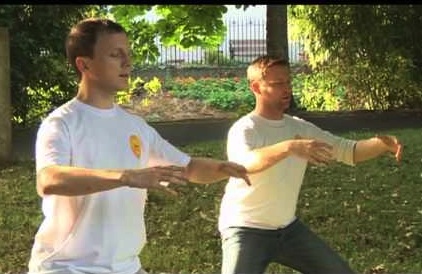 The question and answer is reproduced from the September 1999 Part 3 issue of the Question-Answer Series.