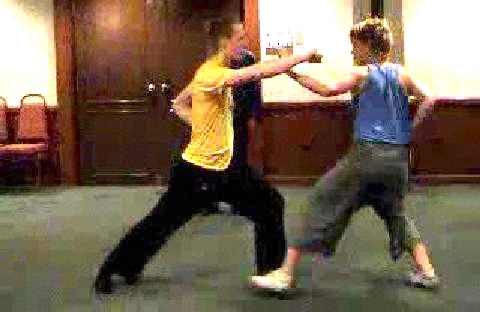 But it is not the case today. Most Shaolin and Taijiquan practitioners today, including advanced practitioners, cannot use what they have learnt in Shaolin Kungfu or Taijiquan for combat! Some of them may be good at hitting their opponents, sometimes causing serious injuries, but they themselves would be routinely hit too in free sparring or real fighting. The situation has become so ridiculous that some instructors even say that if you cannot take some punches and kicks, how can you practice a martial art. This, of course, is not true. The very reason why one practices a martial art, any martial art, is not to be hit at all.


You can view all the videos here