CHAPTER 7: EXPLANATION OF JING, QI AND SHEN, OR FORM, ENERGY AND SPIRIT 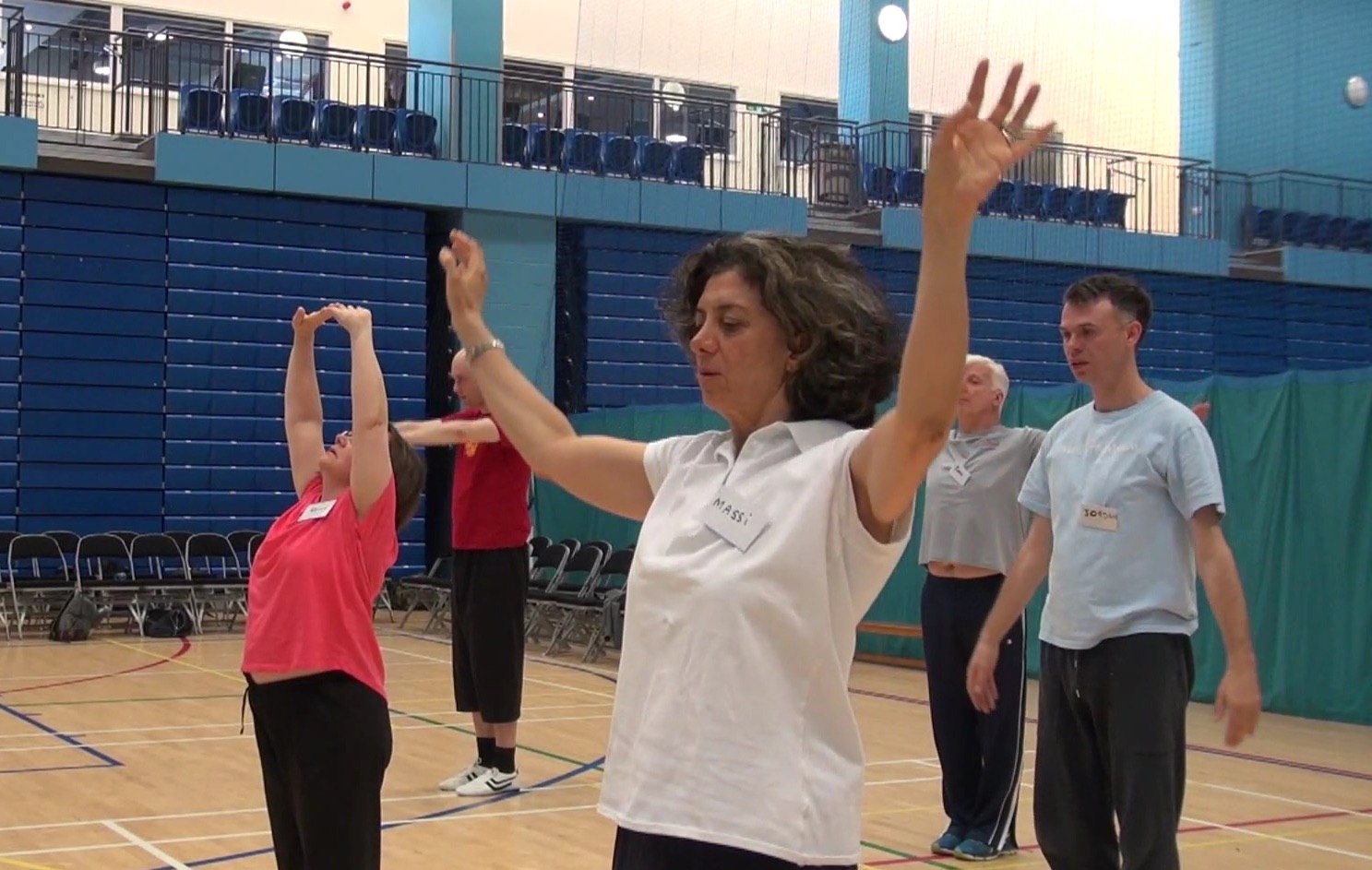 All our qigong training is triple-cultivation, i.e. cultivation of jing, qi and shen.

(This chapter is selected from Li Shou Kang, Qigong for Curing Illness and Maintaining Health, Hong Kong De Li Books 1974. It was published in Chinese. There were no headings in the original; they are provided to make reading easier.)


The Three Treasures of Man

Those who nourish life pay much importance to the training of jing, qi and shen (which are essence, energy and spirit). This is because these three factors are the topics in qigong for strengthening body and eliminating illness. Thus, people in the past regarded jing, qi and shen as the three treasures of man. It shows their great importance.

“Spiritual Platform: Discussion of Original Spirit” (which is another important part of Inner Classic of Medicine) mentions that “If jing is injured, bones are affected. Jing will naturally descend.” This refers specifically to the jing stored in the kidneys, and the meaning is narrow.

“Spiritual Platform: Discussion of Great Emotions” also mentions that “When jing energy of the five storage organs and six transformational organs is manifested in the eyes and face, it is known as jing.” “Simple Questions: Great Discussion of Symptoms Resulting in Yin-yang Responses” mentions that “Taste injures form. Energy injures jing.”

(Editorial Note: The meaning of the two quotations are as follows. When the nourishment from the vital organs is manifested as sparkling eyes and rosy cheeks, it is known as essence. Different tastes, like feeling sweet, may affect the physical form of the body. Energy flow, like when it is blocked, may affect the essence of the person, like making him sick.)

Jing here, translated in the explanation above as essence, refers to jing, or essence, of the whole body. Hence the meaning is wide. But it should be known that jing, or the pre-natal energy, of the kidneys come from jing, or essence of the whole person, derived from the five storage organs and six transformational organs.

Six evils and seven emotions harm a person, and its result is that they harm a person’s jing energy or essence.

(Editorial Note: Six evils refer to six external causes of diseases, and are symbolized as heat, cold, dryness, dampness, wind and fire. Seven emotions refer to seven internal causes of diseases, and are symbolized as joy, anger, melancholy, anxiety, sorrow, fear and shock. When a person has a viral infection, which is represented as heat in traditional Chinese medical philosophy, or suffered from high blood pressure, represented as anger, he is sick, described in traditional Chinese medical terms as his essence has been harmed.)

The Inner Classic of Medicine has a disease called “loss of essence”. It also explains that “When essence is stored in the storage organs, he is not sick in any season.” Here is the wide meaning of jing, which refers to the essence of the whole body.

Jing, or essence, stored in the kidneys is a pre-natal foundation.

(Editorial Note: According to traditional Chinese medical philosophy, the energy of the sperm and the egg of a person’s father and mother is stored in the kidneys, and is referred to as pre-natal energy.)

“Spiritual Platform: Discussion on Meridians” mentions that “When a person is first born, initially it is essence. The essence generates bone marrow in his brain. Bones become structure. Meridians provide nourishment. Tendons become powerful. Fresh is like a wall. The skin become strong, and hairs grow long. Grain energy enters the stomach, and energy flows in the meridians. Blood and energy circulate.” This explains that when a person is born as a foetus in his mother’s womb, the first to be formulated is jing, or essence.

From this foundation, brain, marrow, bones, tendons, meridians, skin, muscles, and hairs grow and develop. This is the foundation of life. After being born, the person depends on post-natal essence from grain energy (that is energy derived from food and drinks) to continue life.

According to “Simple Questions: Discussion of Heavenly Reality of the Ancients”, when a male has reached 8 years old, his kidney energy becomes strong, his birth teeth have changed, and his hair has become long and plentiful. When he has reached about 16 years old, his kidney energy has become more powerful, his maturity has developed, and he starts to have sperm. If there is harmony of male and female, they can produce children.

But when he has reached about 56 years old, because his development has started to age, his internal organs start to weaken, his lung energy and kidney energy become insufficient, and the bones of his whole body are no long agile. The source of his sperm is reduced, and all symptoms of aging appear.

The reason for his aging is that his kidneys are organs for managing “water”, can receive and store the essence produced from the five storage organs and the six transformational organs. So while he is a young man, his essence is plentiful, and the source of his essence in his kidneys is plentiful, as his person has the functions of maturing. When he reaches the time of aging, his organs deteriorate, the source of essence in his kidney is insufficient, symptoms of aging appear, his hair turns white, and his functions of reproduction decrease.

When he reaches about 64 years old, the source-seed has been used up, he no longer has the ability to reproduce. This description shows the abundance of essence in the organs is closely related to a person’s maturity and growth, as well as his reproductive functions.

Qi, or energy, is the original force that maintains all movements of life. Thus, people in the past said, “When energy is plentiful, there is life. When energy is lost, there is death.” Before a person is born, he is formed in his mother’s womb. He depends on his umbilical cord to link with his mother and receive pre-natal energy. After birth, he depends for nourishment on post-natal energy, which is derived from the air he breaths and the food he takes. These two types of energy – pre-natal energy and post-natal energy – cannot be missing.

The following reasons explain why energy has the ability to maintain the movements of life of a person.

Because energy can transform all things, maintain and nourish all organs of a person, it harmonizes organic functions.

Because energy has the ability of movement, it circulates all materials over the whole body.

Wei qi, or protection energy, has the ability to protect the body and harmonize internal and external environments.

According to what is mentioned above, it is known that all actions of man are dependent on the functions of energy. For example, blood can circulate round the body endlessly, bodily liquids can be spread all over the skin and muscles, and distributed to bones and joints, the smooth passageway of water, the disposal of sweet and urine, all are because of energy. Hence, harmonizing energy, circulating energy and nourishing energy are the methods of healing.

“Simple Questions: Great Discussion of Heavenly Origin” says that “When it remains in heaven, it is called energy. When energy is on earth, it develops into form. Energy and form mutual interact, and transform into myriad things.”

When this principle is applied to humanity, man takes in a great variety of food. This great variety of food is transformed inside a person’s body as nourishing energy, protection energy, vital energy, blood, essence, and bodily liquids to nourish the whole body. These ingredients must undergo transformation of energy so that they can enable the physiology and psychology of the person to function.

For example, the digestive function of intestines and stomach, the absorption of essence, and the movements of limbs, are manifestations of the transformation of energy. The movements of the whole body are also the main purpose of the progress of energy transformation. Energy is so important and closely related to a person’s growth and development. Thus, practitioners who nourish life pay special attention to the training of energy.

Shen, or spirit, is the sum of thought and consciousness, as well as the totality of all life’s movements. “Spiritual Platform: Discussion of Original Spirit” says that “Since the time of birth the form of the body is called essence. Two aspects of essence complementary to and opposing each other is called spirit.” “Simple Questions: Discussion on Six Stages of Organ Manifestations” also mentions that “Five tastes enter the mouth, stored in intestines and stomach. Tastes when stored nourish five types of energy. When energy is in harmony, there is life. Bodily liquids are created. Spirit is spontaneously born.” According to the above explanation, spirit is not born from nothing. It has material basis.

The functions of spirit in a person may be explained from two dimensions.

People in the past have said that the spirit and the form of a person cannot be separated. This means as long as there is life, there is the presence of spirit. “Spiritual Platform: Chapter on Heavenly Years” says, “When a person dies after reaching his life span, his organs are empty, spirit and energy are gone, but the form remains.”

“Simple Questions: Discussion on Changing Essence into Energy” says that “When spirit is available it is propitious. When spirit is lost, it is death.” This shows that when “spirit and form unit”, it is an essential aspect of life. Thus, we can say that when eyes can see, ears can hear, mouth can speak, limbs can move, all physical and mental functions are possible, none of these is not the effect of spirit manifesting functions in the physical body.

Spirit and energy blossom in healthy people. When they are sick, their spirit and energy manifest subnormal conditions, like there is no shine in their eyes, they become mentally tired, their speech may not be normal, they are being depressed and lost, they see ghosts in their imagination, and they are dazed and unconsciousness. When illness has reached this stage, their condition is dangerous. Hence, by observing the spiritual nature of patients, we can know whether they are light or serious in their illness.


The Interaction of Jing, Qi and Shen

Jing, qi and shen, or essence, energy and spirit, were regarded by people in the past as three treasures. Their relation is very close together. Jing or essence is the product of pre-natal energy in the kidneys and post-natal grain energy from food and drinks. It is the material foundation of various movements of a person. Energy is the product of grain energy from food and drinks, and the air breathed in from the Cosmos, that generates the life movements of a person. Spirit is the total sum of life movements, including the functions of consciousness, and is the commander of life.

Hence, the relationship between essence, energy and spirit is very intimate. Energy is born of essence, and essence is dependent on the transformation of energy. The birth of energy is the mark of spirit. Thus, a person with abundant essence and energy, is certainly full of spirit.

Essence, energy and spirit are inseparable. These three treasures influence one another, and their functions affect one another. Their relationship is very intimate. Essence is the foundation, spirit is the master-mind, energy is its moving force. The interaction of the three treasures is realized through the transformation of energy of a person.

Hence, those experts in nourishing life pay particular importance to the nourishment and training of essence, energy and spirit. They are particularly concerned with nourishing essence, regulating energy, and enhancing spirit, which involves moderation in sex, practicing qigong and nourishing the heart and spirit. They believe that when essence is firm, energy is plentiful; when energy is plentiful, spirit is full. Being firm in essence, plentiful in energy, and full in spirit means that one is full of vitality, physically and mentally healthy, overcomes illness and enhances longevity. 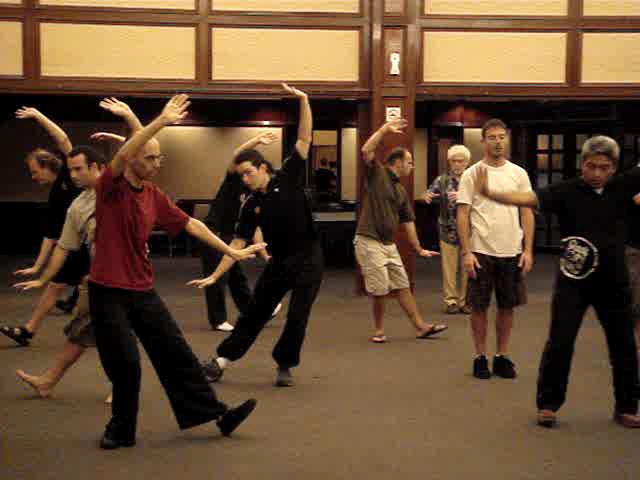