CHAPTER 8: QIGONG AND THE PHILOSOPHY OF YIN-YANG AND FIVE ELEMENTAL PROCESSES 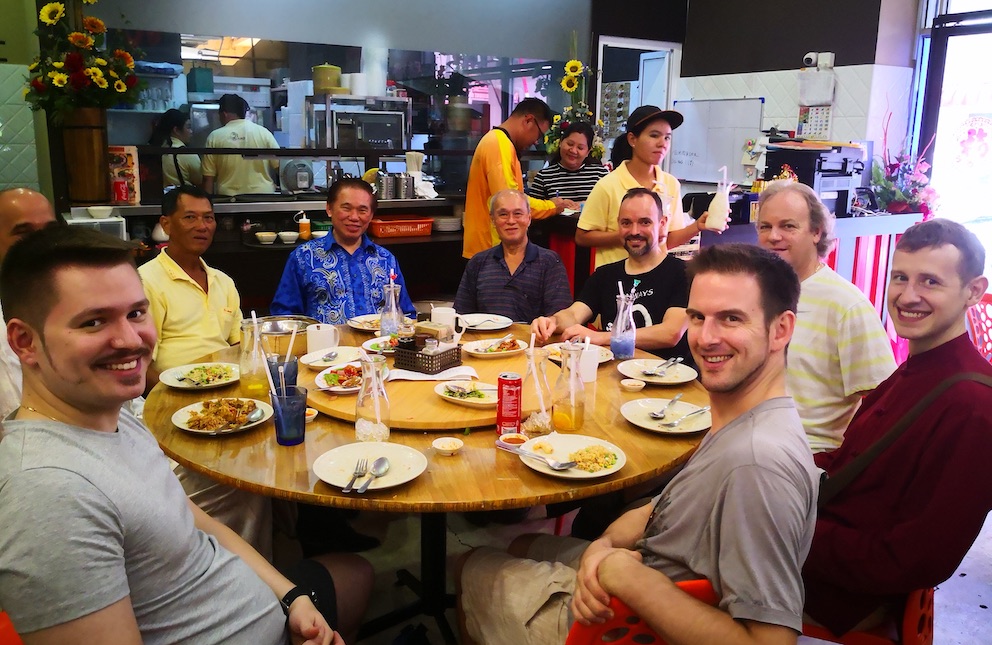 (This chapter is selected from Li Shou Kang, Qigong for Curing Illness and Maintaining Health, Hong Kong De Li Books 1974. It was published in Chinese.)

Some people when faced with the words “yin” and “yang” think that they are mysterious, something that is difficult to understand. Actually, it is not so. The two words, “yin” and “yang”, have their particular meaning, and can be explained. People in the past believed that all things in the natural world could be described by the two words, yin and yang.

All things in the Cosmos are transformed from yin and yang. Yang is the life force that provides movement in living things. Yin is the life force that provides form in all material. Metabolism is the process where material produces energy. It is yin giving birth to yang. Digestion and absorption are the processes where energy produces material. It is yang giving birth to yin.


Yin-Yang in a Person

People in the past have believed that the functions of the five storage organs are different from the functions of the six transformational organs. The five storage organs control the nervous system, consciousness, knowledge, movements and emotions. The six transformational organs control digestion of food and drinks, absorption, secretion and nourishment.

The liver is a yin organ. In the system of five elemental processes, the liver is symbolized as wood. Fire is born from wood. Wood and fire share similar energy. Hence, it is said that the liver is the yang of yin.

Kidneys are located in the lower body, and is represented by yin. In the system of five elemental processes, kidneys are symbolized by water, which is yin. Hence, kidneys are said to be the yin of yin.

The spleen is symbolized by earth in the system of five elemental processes, and is also located at the lower part of the body, which is represented by yin. Hence, the spleen is also yin of yin.

People in the past said that the yang energy of man was like the sun in the sky. If there is no sun, everything will be dark. Similarly, if there is no energy in a person, he will be dead.

Yang energy protects man, and enables him to cope with various stimuli. It also prevents illness and has the ability to regenerate. On the other hand, yin is the material of yang. Yang can have all these functions because yin provides yang with nourishment. If yin is insufficient, yang will also be insufficient.

People in the past also said that yang must be stored so that yin can be strong. If yang is insufficient, or is used excessively, the yin in the body would not be able to cope. Man must be able to control, be able to harmonize to maintain the balance of yin-yang. When yin-yang harmony is maintained, there will be health and vitality.

To overcome insufficient yang, it is necessary to nourish yang. Medication for nourishing yang can improve metabolism, and increase the strength of a person.

Whenever there is lacking of material, little blood, yellowish face, being thin, and bones becoming hot belong to symptoms of internal cold. It is called insufficient yin.

To overcome insufficient yin, it is necessary to nourish yin. Medication for nourishing yin can compensate for what is lacking in the material aspect of the person.

There are two main types of diagnosis in traditional Chinese medicine. If the skin of the patient is hot, he is agitated and disturbed in his spirit, his face reddish, his lips dark red, his mouth rough and tongue dry, his voice loud, his breathing rough, his pulse rate heavy, and his faeces solid, then his illness is yang.

If the patient’s limbs are cold, he is quiet and his spirit low, his face pale, his lips faint, he does not feel thirsty, his tongue soft, his voice low, his breathing soft, his pulse rate weak, his sperm leaking, and his faeces watery, then his illness is yin.

Against yang illness, use yin medicine. Yin medicine has the properties of reducing heat and stabilizing spirit, reducing agitation and increasing material of the body. Against yin illness, use yang medicine. Yang medicine has the properties of increasing heat and activity, promoting physiological functions and eliminating fatigue.

What is wu xing, or Five-Elemental Processes?

Initially, from direct experience in their daily life, people experienced the characteristics of these five elemental processes. For example, the facts that fire rises up, and water softens down, were very simple. But later this developed into a philosophy that generalized, unified and transformed all events in the world.

People since the past have believed that these five elemental processes are not independent. They mutually create one another. This is called inter-creativity.

When trees were burnt, they turned into ashes which returned to the earth. Thus, wood created earth. Metal was mined from the earth. Thus earth created metal. When metal implements were left on the ground, they produced water droplets. Thus, metal created water. Plants needed water to grow. Thus water created wood. (Editorial Note: The part about water creating wood is not stated in the original writing, but this is commonly mentioned in most writings about the inter-creativity of the five elemental processes.)

A proverb says that “When water comes, stop it with earth.” This showed people in the past believed earth destroyed water. People in the past noted that fire was extinguished by water. Thus, water destroyed fire. Whenever metal implements were burnt by fire, they became soft. Thus, fire destroyed metal.

Axes and sabres made of metal could chop down trees. Thus, metal destroyed wood. The roots of trees sucked up nutrients from the earth, making the earth dry. Thus wood destroyed earth. (Editorial Note: The part about wood destroying earth is not stated in the original writing, but this is commonly mentioned in most writings about the inter-destructivity of the five elemental processes.)

The philosophy of the five elemental processes in traditional Chinese medicine is not as simple. It is used to explain the relationship of physiological and psychological processes in the body. Further, it is used to explain the relationship between the five storage organs and the six transformational organs on one hand, and on the other hand the seasons, weather, positions, and influences of all other things and events in regards to their physiology, pathology, diagnosis, and principles of healing, reflecting the influences of geography, climatology, and materialism on the physiology, psychology and pathology of a patient. It provides a holistic view of man and the Cosmos.

In treatment, if one particular organ is diseased, another relevant organ can be treated to help the patient recover. Treatment can even be extended to a third organ, as the third organ can influence the other two related organs. It is not merely treating a particular disease when that disease is found in a particular organ. A doctor trained in traditional Chinese medicine does not isolate any particular organ. By observing the relationship amongst various organs, he can cure or prevent diseases.

For example, as wood can create fire, if fire is insufficient, wood can be nourished, which will result in plenty of wood enabling fire to be abundant. The Chinese medical term for this treatment process is called “When insufficiency occurs, nourish its mother.” When wood is excessive, fire can be reduced. This is known in traditional Chinese medical term as “When excess occurs, reduce its son.” 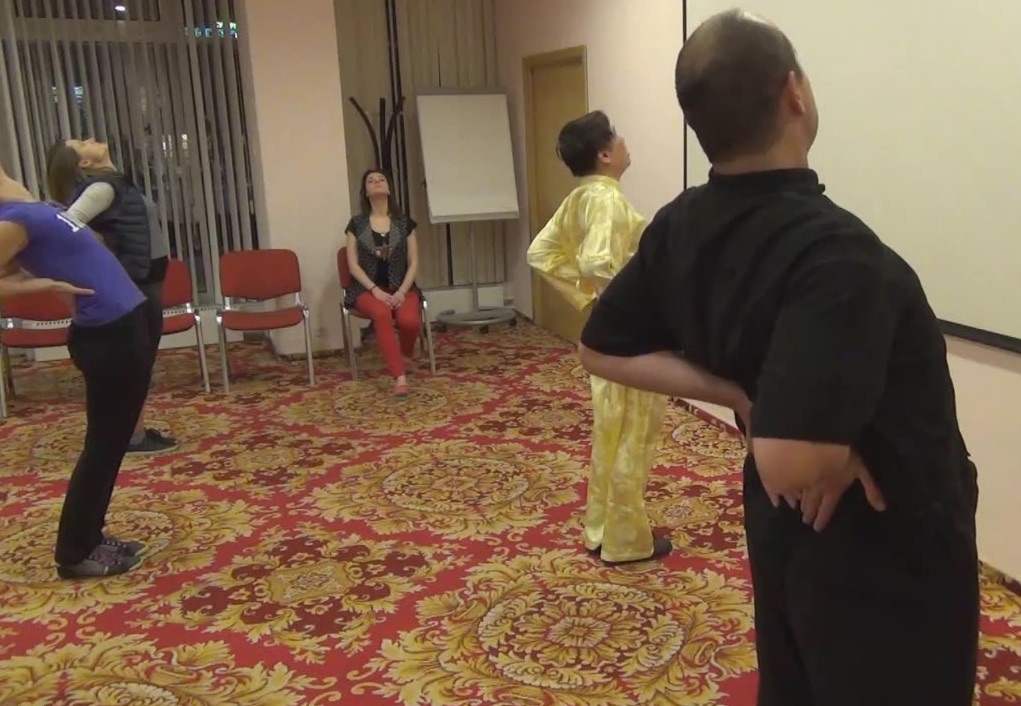 The kidneys are regarded as the "water" process