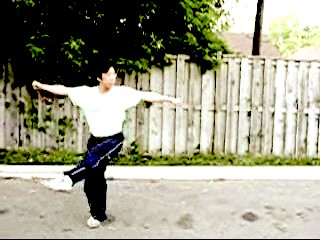 Tantui is famous for leg techniques

It is fascinating that the whole kungfu system of Tantui is crystallized into 12 sequences as follows:

A picture series of the 12 Sequences of Tantui can be accessed here. 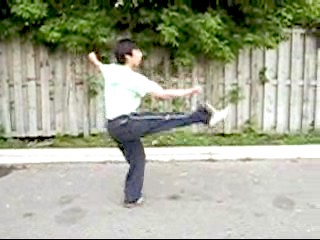 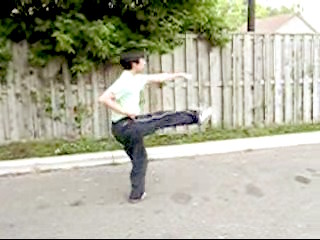 The sequence is simple, consisting of a horse-riding punch, a bow-arrow punch, and a punch-kick combination. But a skillful exponent can use it to press an opponent to a wall. 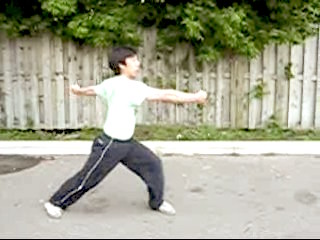 This is an effective sequence against opponents who frequently use kicks. It incorporates an important tactic called “windmill fists”, applying a pattern known poetically as “san huan tao yue” (“sam wan thow yuit” in Cantonese), which means “three rings round the moon”. It is like continuously hitting an opponent with two iron rods. 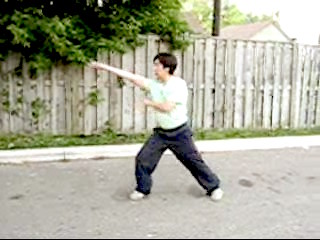 This is a complex sequence with many interesting techniques, including “thread palm”, “stolen step”, “reverse jab”, “hook hand”, “separate palms” and “nail kick”. The “nail kick”, used in its combat sequence, is both exquisite and deadly. 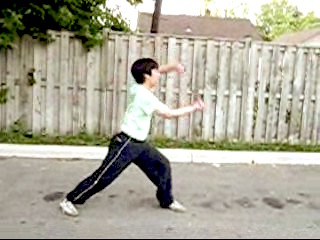 This is a relative simple sequence, but its application can be very profound. The lifted hand is not meant as a block, as some students may imagine it to be. Can you think of some useful applications of this lift-hand? One application, as used in its combat sequence, is to counter elbow strikes, like those frequently used by Muay Thai fighters. 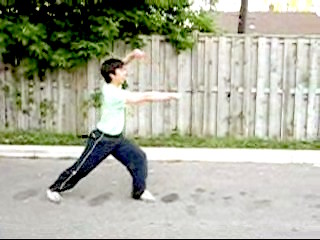 The technique of “double spread” found in this sequence can be used in numerous effective ways for combat. It should not used as a double attack at an opponent, with one fist attack his head and the other attacking his chest, as some students may do. Such an attack would expose you to much risk. Effective uses of this technique can be found in the Tantui combat sequences. 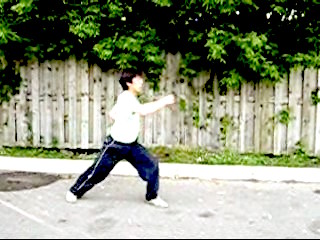 Amongst other functions, this “single spread” technique is effective against Boxers. Using it in conjunction with a kick is quite formidable. Can you figure out how you would fight a Boxer using this Tantui sequence? 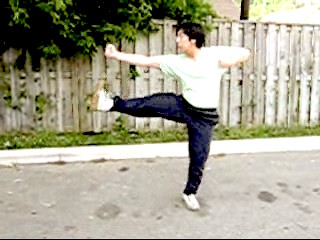 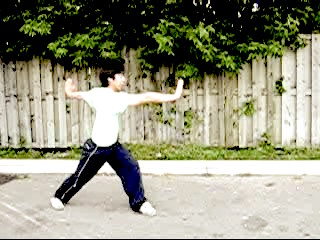 As the name of this sequence indicates, it is effective for breaking an opponent's locks and grips. But how can this be accomplished? The sequence looks simple enough. Herein lies the depth of Tantui. It is simple and profound. 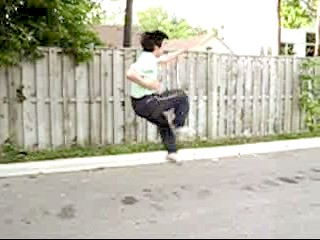 This is a formidable sequence to implement a pressing attack. Unless they are well trained, opponents are often pressed helplessly against a wall when such a pressing sequence is applied on them. This sequence incorporates the famous Northern Shaolin kicking technique, “shuang fei tui” (“seong fei thui” in Cantonese), or “double flying kicks”. 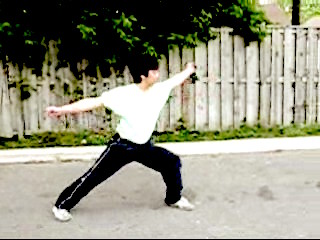 What would you do if your opponent presses you down with his hand pressing on your elbow and the other hand gripping your wrist, as in the pattern “Lohan Tames Tiger”? An effective counter is “Stretch Fist” in this sequence. There are of course other combat functions for Stretch Fist. Can you think of any?

The 12 Tantui Sequences can be viewed collectively. Please click on the picture to view the video here or on the caption below to view it at Vimeo.

12 Sequences of Shaolin Tantui from Wong Kiew Kit on Vimeo.