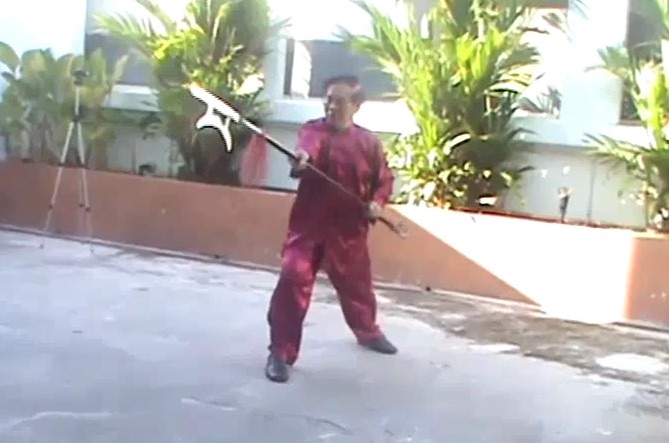 The Crescent Moon Spear, known as Wah Khaik in Chinese, is a sophisticated weapon. It incorporates the features of seven weapons, namely the spear, the big knife, the trident, the hook, the sword, the dagger and the staff!

The warrior best known for his proficiency in the use of this Crescent Moon Spear is Lui Pou (Lu Pu in Mandarin pronunciation), a general of the Three Kingdom Period who was never defeated in any battle but became a victim of a beautiful woman schemed for his downfall. The Crescent Moon Spear, therefore, is also known as the Lui Pou Khaik.