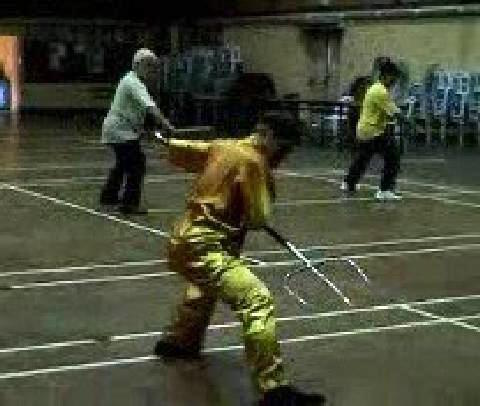 The Big Trident is a long, heavy weapon. Because of its weight, it is sometimes considered to be clumsy, which is incorrect as in the hands of a master the Big Trident can be very subtle. A good, solid stance is a basic requirement for proficiency in using this weapon.

Because of its weight, a Big Trident often acts like a big bully, downing other weapons by its sheer weight and mass. Nevertheless, the three thongs of the weapon can be effectively employed to trap or dislodge opponents' weapons.

The names of the patterns in Chinese pronunciation and Chinese characters are provided below.