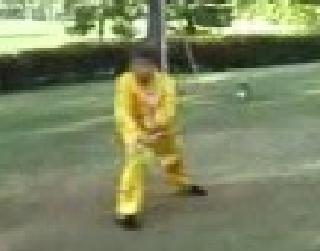 The Tiger-Crane Double-Form Set is a very famous kungfu set in southern Shaolin Kungfu. There are a few versions of the Tiger-Crane Set, and the one demonstrated by Sifu Wong here is from the lineage of the Venerable Harng Yein, which is different from the well-known set of Sifu Lam Sai Weng, whose lineage is from Loh Ah Choy.

The Venerable Harng Yein and Loh Ah Choy were schoolmates under the Venerable Chee Seen, the First Patriarch of Southern Shaolin Kungfu. The specialties of the Tiger-Crane Set are the famous Shaolin arts of Tiger-Claws and No-Shadow Kicks.