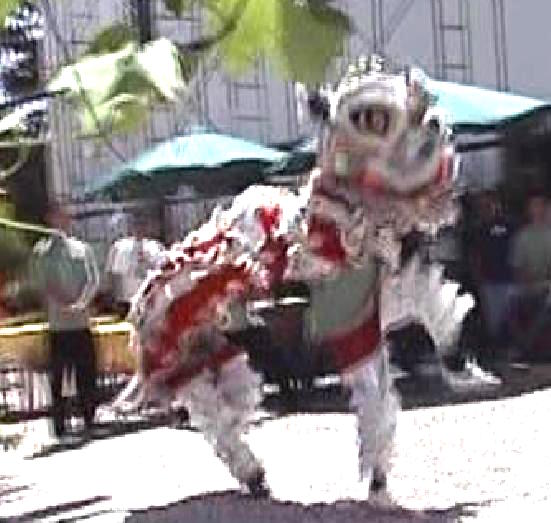 First, thank you for the Kung Fu course at Brighton this summer. The course has left me with years of material. Honestly, I learned as much or more those few days than in my three years of previous training, no discredit intended to my previous master, who is a wonderful person and very skilled in his art.

Indeed this is a common feedback from our Shaolin Wahnam students. It is no surprise because I planned the course this way, i.e. participants at our regional Shaolin Kungfu Course like the one you attended at Brighton would learn in a few days what many other kungfu practitioners might not learn even in 10 or more years.

While our students know this is true, many other people would think us boastful or derogatory of other schools, though we never meant it to be. Why is it that our students can learn in a few days what many others may not in 10 or more years? Here are some of the reasons.

It is important that you must continue to practice daily on your own what you have learned at the course.

It's just that genuine Shaolin kungfu is on another level completely. Besides internal force, the moving in stances part was completely new and revealing to me compared to my previous sparring, bouncing about similar to Kick-Boxing. It is harder, feels a bit constricting now in the start and will take time, but it is such a clear improvement.

This point makes our school very different from most other schools — we practice and teach genuine Shaolin Kungfu. The hallmarks of genuine Shaolin Kungfu are internal force, combat efficiency using Shaolin techniques, and spiritual cultivation. Most other schools teach only external Shaolin forms, without internal force and spiritual cultivation, and use Kick-Boxing for sparring. Not only do the forms give combat advantages over bouncing about, I found myself being more mentally stable moving in stances and was automatically doing it in a chi kung state of mind. It is quite baffling.

Kungfu forms were evolved from actual fighting. It was not that some smart masters invented the kungfu forms, then tried to find out how to use them in combat.

At first people fought randomly, like children fighting. Over many centuries, these random fighting moves were streamlined into kungfu forms. Therefore, it is only logical that these kungfu forms give combat advantages over bouncing about.

It is inspiring that you, like many other Shaolin Wahnam students, have found from direct experience that these kungfu forms are not only advantageous in combat, they also give you mental clarity. This is because when you perform the kungfu forms correctly, using chi flow to move the forms and without tensiing your muscles and without irrelevant thoughts, you can see your opponents' movements clearly and calmly, and you can response effectively.

Your and Sifu Chun Nga's teaching skills are formidable and inspiring; the course was challenging, but also great fun. It was great that no matter how many times a mistake was done it was reacted to and pointed out instead of overlooked for comfort.

I am very grateful that the course was not a kung fu picnic which I experienced before where enjoying oneself and relaxing were practised more then learning kungfu.

Our kungfu training is certainly not a picnic. It is also not opium smoking. But there is also a lot of laughter and fun. Although many kungfu classics were lost together with the burning of the Shaolin Temples, their secrets live in us. For example, at the Shaolin Kungfu course participants practiced and benefitted from the secret of “hei quan dan tian” or “focusing energy at the energy field”.

Currently I am only doing the Horse Stance in addition to the usual Chi Kung, and plan on adding the other stances together with sequences, patterns and moving in stances when I am comfortable in the Horse Stance. Should I go for ten or fifteen minutes here? As I understand fifteen is a basis for future training?

Currently I sit comfortably for 4-6 minutes depending on how relaxed I am in each daily session, and can improve myself here as my mental discipline usually falters before my legs get too painful. I also complete the training before my posture becomes distorted from trying to stand longer.

Your routine would be excellent in the past when time was not a constraint. But nowadays you need to make some adjustment.

Besides practicing the stances, you should also practice your combat sequences. Force training and combat application are the two pillars of good kungfu training.

The three golden rules for stance training are to relax, to relax and to relax. If your mental discipline falters, relax — not just physically but also mentally. If your legs get too painful, relax. Don't even think of how to relax, just relax.

Sometimes I can feel Chi rooting my legs gently to the ground, and even adjust my posture slightly. Chi flow after horse stance always has my legs shaking vigorously compared to my usual flows after Chi kung.

Yes, it is chi that roots you to the ground, indicating that you are practicing the Horse-Riding Stance correctly as chi kung. You become a conduit where cosmic energy flows in from above, through you, and into the ground through your feet. You attain the unity of heaven, man and earth.

Cosmic energy also accumulates at your dan tian, thus increasing your internal force. If you are relaxed enough, the chi flow may correct your posture so that you are in the best position to tap cosmic energy. Many people practice the Horse-Riding Stance as physical exercise, in which case they grip their toes for rooting. For us, this is incorrect as the muscular tension due to gripping the toes disconnects the chi flow between you and the ground. It may also affect the chi flow above from the Cosmos into you.

Your vigorous chi flow was due to chi breaking though your deep tissues, not just muscles. It is a common developmental stage in stance training, known as “old strength being drained away, and new strength is building.” Soon you may vibrate like a piece of rubber. Many combat secrets which were kept only for selected disciples in the past, are shared quite freely in our school. For example, how would you respond if an opponent grips your arm and pulls you down with one hand, and strikes your head with another?

I just read the mail by my Wahnam brother Ryan Berg. I recognize myself in much of what he says, like having more energy, seeing things differently, enjoying outside walks more, in daylight or pitch black night.

I especially enjoy walking in areas with trees. I recall you told us at the Intensive Chi Kung Course in January that our toxic waste energy was good for trees and vice versa. That could explain this. I also find trees to be a spectacular view! Such wonderful manifestations of life force!

I am glad of your wonderful results, though I am not surprised. As you have been a dedicated student, these results come as a matter of course. Besides other benefits, the chi flow has purified your spirit. As your spirit is now purer and more beautiful, the so-called external world and other people become more beautiful too. Actually they have not changed; you have.

In the November 2008 Part 3 Question & Answer section, a lady asked you about her third eye. Is there any order in how someone's energy points might open up? As far as I understand infants have the Small Universal flow going from birth, and during life blockages that manifest diminish the meridians and points in most people.

I have been doing my chi kung for some months now. Often I experienced itches and pressure at my bai hui and third eye points. For example the chi flowing to my hands during Pushing Mountains is always located at the whole forearm or hands, not specifically at the energy points in the palms that I know are there.

Yes, generally psychic centres like the thrid eye open from inside out, and energy points open along the route of energy flow. They may, however, be exceptions. A powerful chi kung master, for example, may open some energy points from the outside.

The itches and pressure at your bai hui and thrid eye points are indications that you are progressing well in your chi kung training. When your bai hui is open, you will have radiant health and feel spiritually joyful. When your thrid eye, or tien mu point, is open, you may have psychi powers.

It is of utmost importance that you must always use these powers for good. One usually feel chi accumulated at the palms, particularly at the lao gong points in the centre, when practicing Pushing Moutains. But chi may also accumulate at the forearms.

I get the impression that Taoism is seemingly more focused on other skills attained during cultivation than the Shaolin perspective, where abilities is mainly the result but not the goal of ones Buddhist practice. Attaining the Tao is the supreme goal also in Taoism, but a lot of exercises seem just for improving health, happiness and combat ability.

I am impressed with your sharp observation, which is generally true. Our school has the benefit of both Buddhism, especially Zen, and Taoism, but the Zen element is much stronger.

Hence, in line with the Buddhist philosophy implied by you, when we practice our arts we focus on our general aim of overall cultivation rather than on specific goals, though as a manifestation of yin-yang harmony from Taoist philosophy, we sometimes set our objectives for particular purposes. But generally we enjoy our practice, not worry about the benefits. Nevertheless, the benefits will come as a matter of course.

This made me think about the libraries of the Shaolin temples that I know were quite extensive. Were all destroyed or does some if the material still exist elsewhere? A pity if it is all gone.

I am afraid the extensive libraries of the Shaolin Temples were destroyed when the temples were burnt. Indeed, what a pity they were all gone.

However, some important copies were found outside the Temples. I am lucky enough to have read some of these. But most important of all, the genuine Shaolin arts live on in us. We have an obligation to pass on these treasures to posterity.